Greece has been through economic turmoil in recent years. Piraeus Bank has adapted its services to reflect the economic environment and win back favour with clients as their needs change 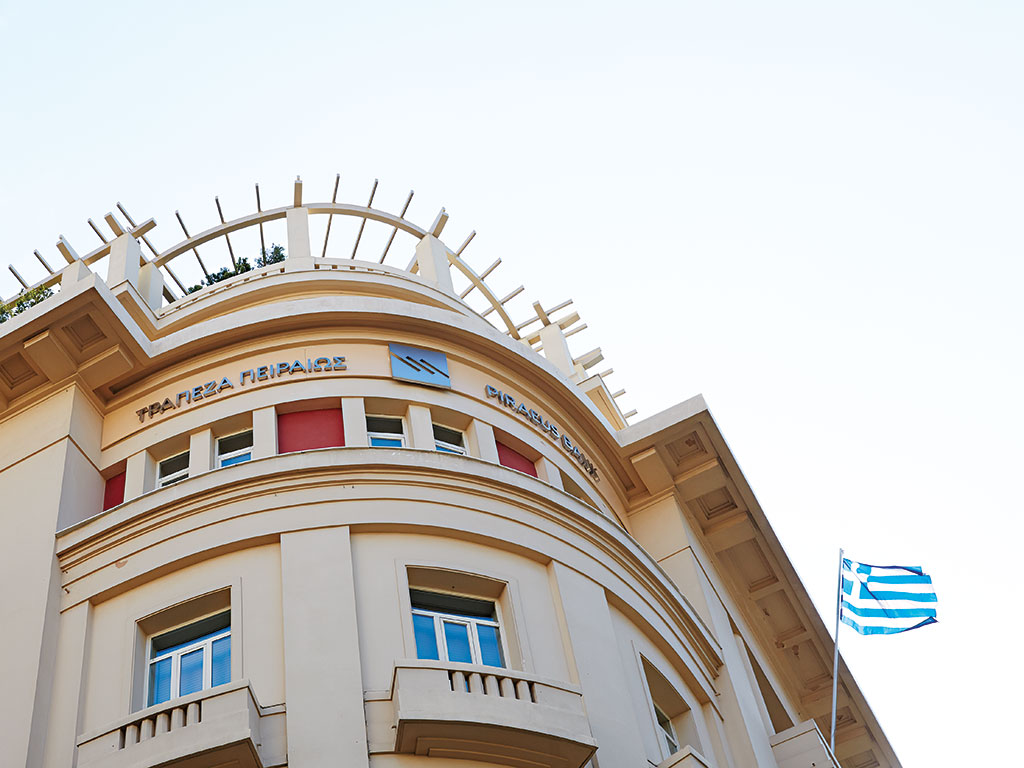 Founded in 1916, Piraeus Bank was privatised by the Greek State in 1991 and has rapidly grown in size and activities since then, with total assets of the group amounting to €89bn, net loans to €56bn and customer deposits to €47bn on March 31 2015.

In the past three years, the Greek banking system has undergone a series of significant developments, in particular a major round of recapitalisation and consolidation. Piraeus Bank has played a pivotal role throughout this process, aiming to safeguard the industry’s financial stability and support the recovery of the Greek economy.

In the past three years, the greek banking system has undergone a series of significant developments

The biggest branch network
In particular, Piraeus Bank successfully completed in the past three years the integration of seven different banking operations in Greece (ATEbank, Geniki Bank, Panellinia Bank, and the Greek operations of CPB Bank, Bank of Cyprus, Hellenic Bank and Millennium Bank) in record time, tripling the bank’s size. As a result, Piraeus Bank is today the leading bank in Greece, with the biggest branch network in the country and market shares of 29 percent in loans and 28 percent in deposits.

As a universal bank, it serves all business segments with particular expertise in the areas of small- and medium-sized enterprises, agricultural banking, consumer and mortgage credit, green banking, capital markets and investment banking, leasing, and factoring.

Piraeus Bank is widely perceived as the most innovative bank in the Greek market, with a customer-centric approach, strongly founded on its corporate philosophy and values of innovative entrepreneurship, client service, empowerment, integrity, social responsibility and collaboration, as well as its ability to deploy market-leading technological solutions.

The bank’s customer focus is reflected in its customer segment based approach. Focusing on the specific needs of customer segments and local communities enables the bank to fine-tune its offering and provide effective solutions. These solutions are offered through the bank’s nation-wide network of 800 branches, 1,800 ATMs, 470 APSs and a unique e-banking platform.

Piraeus Bank was the first bank in Greece to launch an integrated electronic banking platform (ATM, phone, web, mobile) under the brand Winbank in 2000. The platform features more than 800 transactions, payments and applications, while more are constantly being added. Customers are able to manage their banking products and services online, through technologically advanced tools, enjoying high levels of security, user friendliness and speed.

Complementing the web banking platform is the mobile banking suite of applications Winbank Mobile, which was recognised in 2012 as Best Mobile Banking Platform in Europe, and includes the innovative, award-winning Easypay Mobile app (bill payment through barcode scanning and plastic card scanning), Instant Cash app (ATM cash withdrawal without the need of a card) and the Yellowday app (loyalty-oriented, merchant-funded rewards).

Winbank is today the bank’s main platform for transactions, accounting for more than 80 percent of remittances, credit card payments and transfers, while its users constitute the most satisfied customer segment of the bank, with customer satisfaction of over 95 percent and very high rates of loyalty, product ownership and product usage.

Piraeus Bank is the only bank in Greece to offer all consumers a platform of merchant-funded rewards. Yellowday is a newly developed innovative, mobile-first, deal-serving platform, where a consumer may browse the app and find discount deals/coupons for products and services in various categories. The application runs on gamified, geofencing-enabled mobile apps, as well as on a powerful web site, making it a unique loyalty-oriented platform, one of very few in Europe.

In order to assess customer satisfaction, Piraeus Bank conducts regular customer surveys. In the last major survey conducted in 2014, post the integration of acquired operations, 58 percent of the interviewed customers assessed their overall experience with the bank as being ‘excellent/very good’ and 33 percent as ‘good’, adding up to a total of 91 percent positive rating.

Reflecting an economy
Recently, the bank has been developing its product and service offering to reflect the current economic environment in Greece and address the resulting client needs. Since the beginning of the economic crisis, Piraeus Bank has been intensifying its support to its customers – businesses and households – facing difficulties in repaying their loans, through specialised debt-adjustment programmes. Piraeus Bank has established a dedicated recovery banking unit aimed at managing the non-performing loans and other non-core assets of the bank, in order to provide effective restructuring solutions to customers and maximise value creation for the bank.

As part of this drive, the bank decided recently to implement a far-reaching debt-relief and advantageous debt-restructuring programme addressed at customers in extreme financial hardship, with 100 percent relief of consumer loans and credit card debts up to €20,000, and freezing of payments on mortgage loans, for customers qualifying for special humanitarian assistance by the state.

Even under the current constraining environment of capital controls, Piraeus Bank remains committed to offering its customers the best service possible, responsibly and professionally, leveraging especially its multi-channel platform.

In 2007, the group established a corporate responsibility committee, which sets out the group’s strategy for the bank’s social, cultural and environmental initiatives. In terms of social initiatives, Piraeus Bank supports employee volunteer actions, provides direct grants and donations to selected causes, and collaborates with non-government organisations, with a focus on supporting families, education, health and entrepreneurship.

Furthermore, the Piraeus Bank Group Cultural Foundation (PIOP), in the context of supporting the preservation and showcasing of Greece’s cultural heritage, promotes initiatives combining the support of culture and of the environment. The foundation’s work is carried out through its seven thematic museums in the Greek provinces, which contribute substantially to the economic development and tourism in these remote or island regions. PIOP’s rich output also includes historical archives, a library, research work, publications, educational programmes, and cultural and academic events.

Piraeus Bank Group is a signatory of the United Nations Global Compact and The Finance Initiative of the United Nations Environment Programme (UNEP FI). The group also participates in the Carbon Disclosure Project and is a constituent of the Dow Jones Sustainability Index for Emerging Markets.

A better offering
Piraeus Bank is strongly focused on the development of its people, a priority of particular relevance in the aftermath of the multiple recent acquisitions, which resulted in the welcoming of 12,000 new employees. The bank implemented a uniform HR policy and promoted from the start the active participation of new employees in the group’s operations, offering opportunities for high performance and creativity, supported by numerous training programmes. All actions taken were based on the principles of transparency, merit and responsibility, leading to the embracement of a unified corporate culture and the achievement of the group’s employees’ homogenisation.

The group also places particular emphasis on its infrastructure, processes and systems, with the aim to increase effectiveness and efficiency, continuously upgrade IT and data systems security, and provide timely and reliable information on multiple levels. The bank’s modern Group Data Centre achieved a Tier IV certification by the UpTime Institute in 2014, making Piraeus Bank one of only 50 companies worldwide to possess such a certification and the only one in Greece.

Restoring trust in the Greek banking system is now one of the most important tasks that Greek and eurozone officials will face as they try to get the economy moving again after the latest turmoil, which has affected the banking industry most directly. Piraeus Bank is in the centre of this effort and is fully committed to achieving this aim, while upholding its values and being fully aware that its actions have a direct effect on its customers – households and businesses – as well as on the group’s employees in Greece and other countries where it operates.

In this context, Piraeus Bank is facing the challenges ahead with the high sense of responsibility resulting from its leading position in the market. The bank’s main strategic priorities focus on the enhancement of its liquidity and safeguarding and strengthening of its capital base; the effective management of non-performing loans using innovative methods and tools; the reduction of operating costs and recovery of profitability; and the enhancement of customer service quality, with the overarching aim to support the restructuring and recovery of the Greek economy and banking industry, while remaining the number one bank in customer choice, satisfaction and loyalty.