In its first edition, the Africa Investment Forum facilitated billion-dollar deals for the continent’s key industries. The next event is set to build on this impressive performance 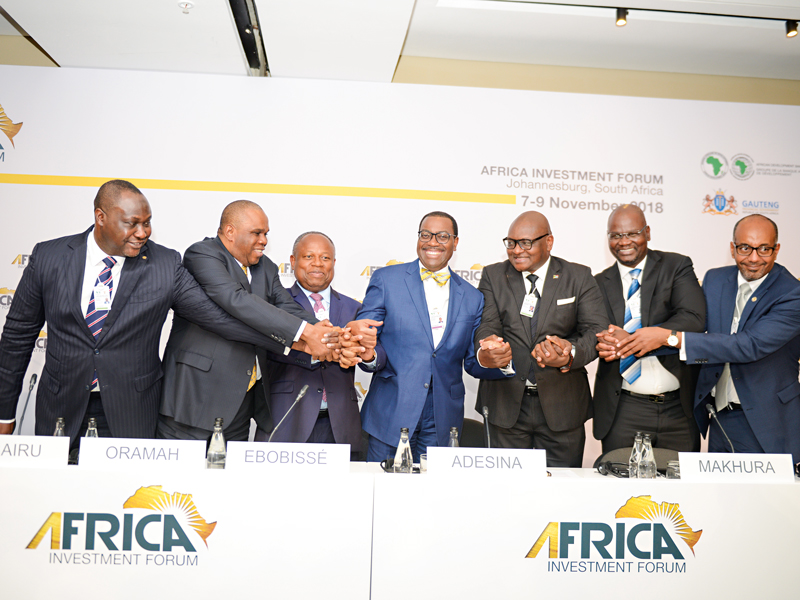 When I set out my vision to tilt the flow of capital towards Africa’s critical sectors through the Africa Investment Forum, the notion of convening a purely transaction-based forum was more an aspiration than a reality. One year down the road and the verdict is undisputed: Africa’s investment opportunities are proving seriously attractive.

The inaugural Africa Investment Forum secured record levels of investment interest in just under 72 hours, generating deals worth billions of dollars. In total, 63 projects valued at $46.9bn from 24 countries and across seven sectors were discussed during closed boardroom sessions involving investors, project sponsors and government representatives. Investment interest was secured for 49 projects, worth a collective $38.7bn. A further $51.2bn worth of deals were featured in the Africa Investment Forum gallery – a showcase of key projects that were not discussed during boardroom sessions.

Development finance institutions, multilaterals and global investors are keen to work together in ways never done before. This was demonstrated by the $800m agreement signed between Africa50, the African Development Bank and the governments of the Democratic Republic of the Congo and the Republic of the Congo. The project, which seeks to develop and finance the first road-rail bridge linking the countries’ respective capital cities – Kinshasa and Brazzaville – was chaired in the boardroom by Africa50.

Already, the Africa Investment Forum has helped facilitate several deals that will benefit the continent’s critical industries, including a $10.9bn petrochemical deal in Egypt. A $2.6bn memorandum of understanding between consortiums from Ghana and South Africa – signed in the presence of Ghanaian President Nana Akufo-Addo – to develop and finance the Accra Ai SkyTrain project will also deliver significant benefits. This deal is unique in that the Ghanaian sovereign wealth fund, in its role as an anchor equity investor, crowded in other commercial and concessional investors.

In addition, a $400m cooperation agreement between Africa50 and the Rwandan Government to develop and finance the Kigali Innovation City project has been approved. This will help boost the innovation ecosystem in one of Africa’s emerging knowledge cities. Other notable deals that secured investor interest include a $3.7bn railway project in South Africa, a $3.2bn fertilisers and petrochemicals project in Nigeria and a $300m hydropower project in Gabon. The Africa Investment Forum has positioned itself as an honest broker between governments and private sector stakeholders, including project sponsors, investors and transaction facilitators. A heralded feature of the inaugural Africa Investment Forum was the presence of seven African heads of state, who reiterated their commitment to providing an enabling environment for investors, with some of them also participating in the boardroom sessions of their respective countries.

The Lusophone Compact – signed by the African Development Bank, the Government of Portugal and six Portuguese-speaking countries – is another strong demonstration of the forum’s convening power. A pipeline of private sector and private-public partnership projects worth in excess of $5bn has already been identified in these countries.

Round two
Following the 2018 edition, the Africa Investment Forum has launched a new digital platform to connect investors with investment opportunities in Africa and vastly improve the quality of project information and documentation. The Platform, as it is known, provides a live database of private and private-public partnership projects, as well as a repository of information on investors and technical assistance providers on the continent. The Platform currently hosts more than 500 users and 110 companies, with over 30 percent based outside Africa. It is hoped that this community will continue to grow in the years to come.

The Africa Investment Forum is dedicated to advancing projects throughout the continent to bankable stages, raising capital and accelerating the financial closure of deals to provide opportunities for accelerated economic transformation on the continent. In the coming years, the forum promises to bring big things to the African continent.