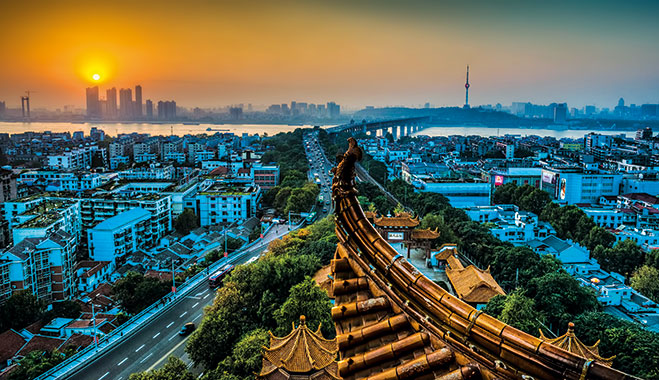 The Chinese Government is in the midst of an ambitious project to integrate the Jing-Jin-Ji national capital region – composed of Beijing, Tianjin, and Hebei province – into one economic mega-region. Covering an area of land the size of Kansas, or six times the size of New York City, the region holds a population of roughly 150 million people – half that of the US.

The main focus of the integration will be infrastructure, with the creation of new bullet train services allowing for an easy commute between the regions – the basis of any attempt at economic integration. A new high speed train line between Beijing and Tianjin, for instance, has allowed passengers to travel the 90-mile distance between the cities in as little as 40 minutes; tracks are already being laid for a second line. Other smaller cities in the region are also being linked to the major urban zones by such trains.

Regional powerhouse
“Jing-Jin-Ji is not a city, but the structured integration of a regional powerhouse”, said Austin Williams, Director of the Future Cities Project and Associate Professor in Architecture at XJTLU University in China. It will see the major regions designated with a certain role, or, as The New York Times notes: “The new region will link the research facilities and creative culture of Beijing with the economic muscle of the port city of Tianjin and the hinterlands of Hebei Province, forcing areas that have never cooperated to work together.”

Factories and government buildings will be moved out of Beijing into hinterlands of the new region, easing up space in and reducing pollution in crowded urban areas. According to Williams, the plan will “remove many of the old industries from Beijing into more carefully considered industrial, commercial and manufacturing zones, and more importantly, build new ones”.

Local governments in China are often reluctant to allow manufacturing zones to leave areas of their jurisdiction, due to the revenue they provide from leases and tax, while at the same time pollution makes their presence undesirable. By integrating the region, relocating industry out of sight and smell becomes easier. The integration of the region will remove such particularistic interests, as wider regional considerations will take precedent.

Further, as Beijing’s population swells, the relocation of government bureaucracies to sparser populated regions will spur population growth in these less developed locations, easier urban crowding. It is hoped that central districts will see their population reduced by 15 percent. According to Wade Shepard, author of Ghost Cities of China, the Chinese government has often used locating government building to new areas as a vanguard of development and growth.

Years in the making
The plan itself has been in the works for many years; however it has recently come to a head. According Shepard, it is part of a wider push for integration between urban areas and cities across China. Integrating different urban zones is seen as a catalyst for economic growth. After years of break neck speeds of growth in urban areas, often sporadically and under autonomous initiative of local governments, large urban areas in close proximity are being integrated. Jing-Jin-Ji, however, will be China’s third mega-region, joining with the Shanghai Yangtze Delta and Guangzhou to Shenzhen Pearl River Delta – although this new project will see cities much further apart in distance integrated.

It can also be seen as part of Chinese President Xi Jingping’s anti-corruption campaign. For many years local government officials have operated autonomously from central government and often been able to engage in corruption with a certain level of impunity. By integrating regions such as Jing-Jin-Ji, lower level administrative units will have the rug pulled from beneath them, with greater authority given to higher levels of regional administration, which in turn are easier to control by the central authorities of the Communist Party.