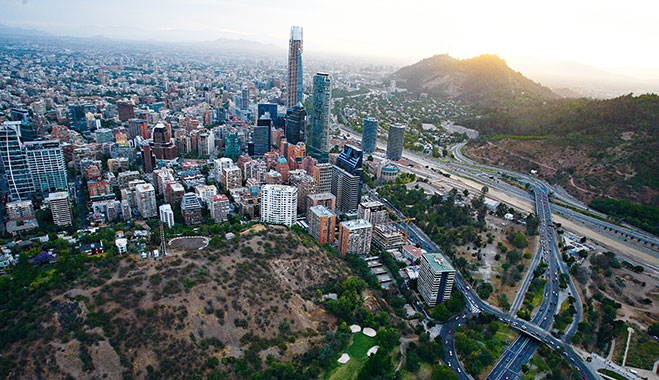 The Latin-American economies of Peru, Colombia and Chile have all previously struggled with political and economic uncertainty, which prevented many industries from taking off. However, this has changed significantly in the last two decades.

From the early 1990s and beyond – and especially after the Asian financial crises – these three nations have focused their efforts in developing the elements of market oriented economies, fully accelerating the process of integrating their economies to the world, and creating important middle-income classes, which create demand for goods and services, and increased the dynamic of the real estate market.

These countries are now facing breaking points in their process of development, creating huge opportunities for companies across different segments of their economies. World Finance spoke to Andres Pacheco, Director of Real Estate, Credicorp Capital, to find out more.

What is it that makes Peru, Colombia and Chile’s growth prospects so advantageous compared to most emerging markets?
These three countries are the successful market-oriented stories of Latin America. With different levels, the three countries have fairly well-run democracies, a good level of openness to international investors and well-managed economies that have attracted significant flows of foreign investments in the last decade. These economies are also well position from the macroeconomic point of view for the changes coming in the international economic environment.

How has the housing deficit hampered growth in these countries?
Even in advanced countries – where the market has met most demands in real estate – the sector has been a huge contributor to GDP growth. Most emerging countries have missed opportunities for growth because of the lack of an adequate regulatory framework and defence of the rule of law. But over the last decade reforms have developed the capital and mortgages market; improved access to basic infrastructure among others; and are un-tapping the huge opportunities of large countries with unmet demand.

How has Credicorp Capital helped alleviate the problems facing the real estate sector?
Well, the real estate asset management market formed fairly recently in these countries. Our funds there are helping to channel capital from the national saving (pension funds) to the development of real estate projects, helping developers to increase their capacity to produce the needed area, and other companies to focus their capital in their core business, improving efficiencies in the economy.

That amount of capital devoted to the sector is still small compared to what other global institutional investors normally do, but if these countries are to meet the demands of the growing middle classes, they need to significantly increase the amount of capital that its invested in the real estate sector. We are helping to increase these amounts.

How successful have the Credicorp Capital real estate investment funds been in boosting the real estate market?
The amount of capital already invested is relatively small, especially when compared to the size of the market and its needs, but Credicorp funds have managed to help it in developing the capital markets for real estate funds, allowing the developers to undertake more projects and on a far larger scale; generating the assets that the countries demand.

What is the Inmoval fund, and how has it impacted on the real estate market over the last few years?
Inmoval is Credicorp Capital’s commercial real estate fund, and it has invested more than $250m since it began five years ago, with an average annual return above 11 percent. This has resulted in investors continuously investing. Additionally, due to its track record, institutional investors agreed to invest in a second fund focused only in residential real estate, with equal results.

What does the future hold for the housing market in Peru, Colombia and Chile?
These countries still produce less housing units yearly than households are formed, and it has been like these for several decades. It is therefore likely that the number of units developed every year will increase steadily in the following years, as long as the finance and the markets are developed.