Does energy hold the future for Egypt?

Amid the global downturn in oil prices, the Republic of Egypt is enhancing the exploration and production of oil and gas within the nation 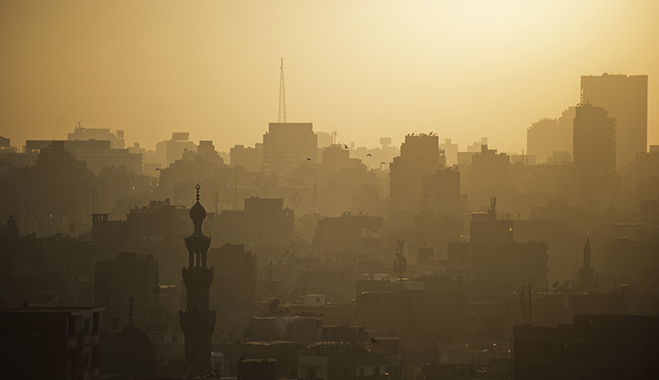 Social and political unrest, as well as an overblown energy budget, has rocked the Egyptian economy. Increased oil and gas exploration could give it the resurgence it needs
Inward Investment | Middle East & Africa
Author: Elizabeth Matsangou

On January 09, Egypt signed a new contract with six companies for the drilling of over 40 discovery wells in the western desert and the Gulf of Suez. Of the foreign partners invested in this project are Shell, BP, IEOC and Canada’s TransGlobe Energy. Two state-owned companies are also involved in the initiative, Tharwa and the General Petroleum Company, as part of a push for greater participation of domestic companies in the exploration and production sector. While on January 14, Italian-owned Eni announced signing new agreements with the state to explore two gas fields in the Egyptian Mediterranean. This is in addition to Eni’s recent acquisition of the South-West Melehia block, as forms of repayment for outstanding arrears. Egypt is also seeking new partners for upstream activities in the South Sinai region, in which the GPC aims to maximise the production of discovered reserves, as well as to explore new areas. Greater efforts to increase domestic output suggest that the Ministry of Petroleum is attempting a reversion from net importation to exportation of oil and gas, as was the case during the 1990s.

Currently the Egyptian economy is under severe strain, largely resulting from recent social and political unrest, in addition to an overblown energy budget

Inflated budget
Currently the Egyptian economy is under severe strain, largely resulting from recent social and political unrest, in addition to an overblown energy budget. Approximately half of the population relies on subsidies for food and fuel, which accounts for a quarter of the state budget. According to the BP 2014 Statistical Review of World Energy, Egypt’s consumption of oil was 35.7 million tonnes in 2013, an increase of 9.8 million tonnes in one decade. Natural gas on the other hand increased by 21.7 billion cubic metres within the same period. This exponential growth in energy consumption is largely due to increased manufacturing output, energy-intensive upstream projects, a growing population and an expanding automotive industry. “The soaring consumption in the last years is one of the factors, as well as the decline in production”, says Passante Adel, Editor in Chief at information providers, Egypt Oil & Gas. Egypt’s domestic output is simply unable to meet with this growing demand, resulting in the diversion of profitable exports to domestic supply in order to meet the nation’s growing needs. Under the strain of a swelling population of 85 million and rapidly increasing energy consumption, the economy has been strangled by escalating energy bills and amassing foreign debt for years. As a result, Egypt heavily relies on financial assistance, chiefly in the form of donated gas and petroleum products, from the Persian Gulf states.

Following the election of Abdel Fattah Al Sisi in June of last year, a new fiscal strategy was introduced in an attempt to bolster Egypt’s struggling economy. The pressing matter of the country’s strenuous energy subsidy bill was amended in July so as to begin alleviating its mammoth strain on the state. Citizens have since faced an exponential rise in the price of fuel, averaging an increase of 61 percent. This reduction in energy subsidies has created much-needed fiscal space for the repayment of some debt owed to foreign energy firms. Repayments made in the fourth quarter of 2014 comprised of $1.4bn in October and a further $2.1bn in December, thereby reducing arrears to $3.2bn. Lessening the debt owed to foreign oil partners is an important step in boosting confidence for the Egyptian General Petroleum Corporation, which has experienced delays of further investment into new and existing projects in recent years. Plummeting oil and gas prices worldwide have also had a positive impact on the Egyptian economy within a relatively short period. The lowest prices since 2009 have gone a long way in reducing the state’s hefty energy bill; petroleum product subsidies decreased from EGP 126bn in FY 2013/14 to EGP 100bn in FY 2014/15. With less expenditure on oil, gas and petroleum products, the state budget can be stretched further into the exploration of new oil and gas sites, as well improving production at existing sources.

Restricted output
Existing challenges for the energy sector are induced by state policy. For example, several areas of gas discoveries within the Mediterranean Sea remain undeveloped despite substantial potential for profit due to a price cap introduced by the state. In 2000, the Ministry of Petroleum set a maximum limit of $2.65 for the price of natural gas produced in Egypt by foreign companies. Doing so has made developmental projects unattractive, and in some cases even unviable. “With the fixed price for gas purchases from the foreign partners, it was very difficult to develop these fields due to the high cost associated with deep-water drilling. Technology is also an issue that is more linked to cost and investments, rather than availability,” Adel tells World Finance. Another factor restricting foreign operators is the governmental decree which states that gas produced in Egypt must remain in the country. A number of policy changes, such as addressing price caps and exportation restrictions, are therefore required in order to make much-needed foreign investment more inviting.

Additionally, expanding output is currently limited due to production capabilities and refinery utilisation. OPEC’s Annual Statistical Bulletin revealed that in 2013 the output of Egypt’s refined petroleum products was only approximately 62 percent of proven reserves. This can be attributed to ageing infrastructure and refineries, which have greatly reduced current yield capabilities. Moreover, importing additional crude oil is part of a policy for debt repayment to foreign oil producers, resulting in less domestically produced crude oil for refining within the nation. Several projects to improve Egypt’s refineries are due to start this year, thereby presenting the possibility of these sites reaching full potential output in the near future.

Energy mix
It is also of great importance for the state to continue its efforts to diversify the current energy mix produced within Egypt. Currently, the third greatest source for energy, after oil and gas, is hydroelectric power. As a result of previous activities, the two largest sources for hydroelectric power, the Aswan high Dam and the Aswan Reservoir Dam, have been largely exploited. Consequently, the New and Renewable Energy Authority is pursuing other types of renewable energy, namely wind and solar power. The two areas are currently seeing greater international investment, as foreign operators seek to cash in on the promising prospects. A resolution adopted by the state in 2007 pledges that renewable energy will supply 20 percent of the country’s electricity requirements by 2020. Wind energy will comprise 12 percent of this energy strategy, which is achievable by tapping into Egypt’s vast wind power.

At the Offshore Mediterranean Conference in December, the Ministry of Petroleum announced upcoming research initiatives into other new areas, specifically the exploitation of unconventional energy such as shale gas and deep-water resources. “As we have witnessed in recent weeks, the potential for shale gas in the Western Desert is there,” says Adel. “Apache and Shell Egypt, a subsidiary of Royal Dutch Shell, recently signed the first agreements with the Ministry of Petroleum to explore in the area after the success of their trials in Apollonia. In regards to deep-water resources, the potential is there, but again the problem is the high exploration costs. With the Government changing its approach towards foreign energy firms, Egypt’s shale gas and deep-water resources are set to improve significantly this year.”

Egypt’s growing influence
As social unrest and political instability continues to settle in Egypt, a greater focus can be made on rebuilding the economy. Tourism, a major source of income, will also begin to increase again as a result. As can foreign investment. Given the fiscal break that the state is benefitting from, by means of reduced global oil prices and subsidy reductions, the prospects for increasing energy output looks increasingly promising. Once a level is reached in which domestic energy demand is satisfied, the state can then begin to profit from exporting oil and gas. To contend with is a global oil market that is increasingly competitive and less buoyant than it has been throughout the previous decade. Yet, despite declining Chinese demand and increasing supply from the US, there is still space within the market for another player, particularly, one that is not tied down to the obligations of OPEC membership.

Notwithstanding the various challenges that exist for Egypt’s energy sector, as evidenced by recent activities the state is making a rigorous effort to improve its output. As its economy strengthens and dependence on foreign imports and aid diminishes, the nation’s autonomy as a state will vastly improve. Egypt is thus stepping up its role as an influential player in the Middle East and the Mediterranean. The potential of gas and oil exports, partnered with the importance of the Suez Canal and SUMED Pipeline, therefore places Egypt in an increasingly enviable position within the region, and indeed the world market.