China’s credit rating has been cut for the first time since 1989, with credit raters concerned by the waning strength of the country’s economy 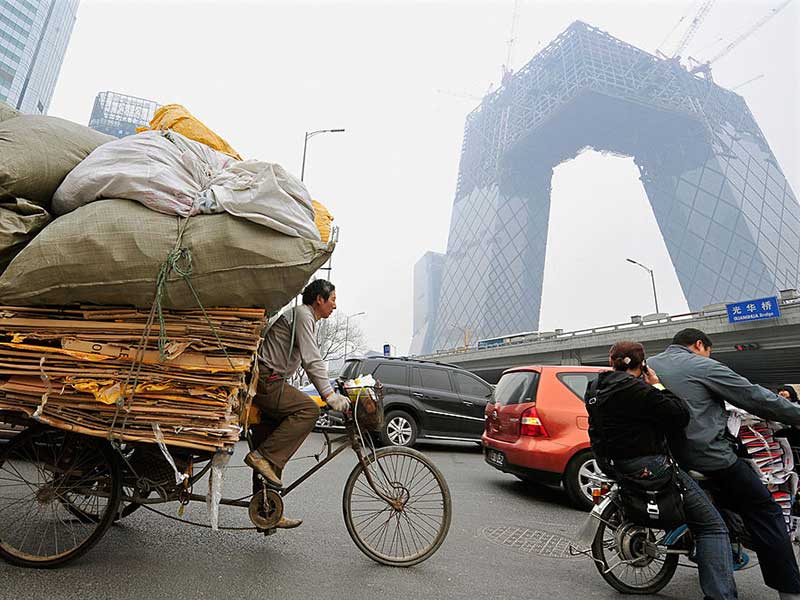 On May 24, Moody’s Investor Service cut China’s credit rating for the first time in nearly three decades, citing concerns the country’s economy will erode as a result of slowing growth and excessive leveraging. The rating agency’s decision to downgrade long term local and foreign issuer ratings – down from Aa3 to A1 – emphasises a lack of confidence in the Chinese Government’s ability to reign in current debt levels. Moody’s last downgraded China’s rating in 1989, months after the Tiananmen Square Protests.

Driven mainly by government stimulus, growth in the Chinese economy has gone hand in hand with rapid credit growth, creating a glut of debt that stands at almost 300 percent of the country’s GDP. As a result, Beijing must now attempt to wean the economy off its reliance on credit-fuelled stimulus while maintaining ambitious growth targets.

“The downgrade reflects Moody’s expectation that China’s financial strength will erode somewhat over the coming years, with economy-wide debt continuing to rise as potential growth slows”, the rating agency said in a statement. The agency also suggested Chinese authorities’ emphasis on maintaining current levels of growth would result in further stimulus and increased debt.

Meanwhile, China’s Ministry of Finance claims the methodology used in the downgrade does not accurately account for the country’s capacity to expand demand, and said Moody’s “overestimate the difficulties facing the Chinese economy”.

As noted by The Wall Street Journal, this latest downgrade will likely increase the cost of borrowing for Chinese firms, with the revision of China’s rating likely to have a knock-on effect on the country’s banks. Broadly, China’s commercial sector has a lower rating than the government. But, since banks are mostly state owned, and it is assumed the government would intervene in a crisis, banks are often allowed to issue debt at a higher rating. This may now be notched down.

However, according to the IMF, while state-owned debt is high, China’s external debt is relatively low by international standards. With external debt sitting at just 12 percent of GDP, the downgrade may not prove as damaging to China as it would for an economy more reliant on international borrowing.

S&P and Fitch have also revised their ratings, placing China’s foreign and local currency long term debt at AA- with a negative outlook, and A+ with a stable outlook, respectively. Moody’s rating places China on par with countries such as Japan, Saudi Arabia and Estonia.