Unemployment special: statistics to get worse for South Africa in 2015

South Africa’s exceptionally high unemployment figures have been a ticking time bomb for years now. There’s a good chance 2015 could be the year it all goes up in flames 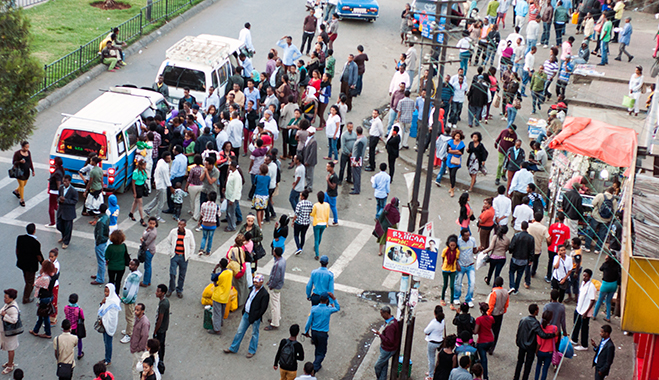 South Africa's unemployment statistics remain troubling high, with young people increasingly concerned about their job prospects. Without intervention, many worry the country's unemployment figures will hack into its economic growth in a way that is unsalvage
Inward Investment | Middle East & Africa

Chronic unemployment has long hindered South Africa’s move towards becoming a developed economy – to the point where a BBC poll conducted in May 2014 found the biggest concern among young people to be finding a job. And with the unemployment rate sitting at a rather uncomfortable 25.2 percent, this isn’t surprising. In fact, joblessness hasn’t fallen below 20 percent since 1997, and the figures are particularly high among the younger population – for those aged 15-24, it climbs to around 50 percent; the third highest in the world.

While South Africa’s economic growth over the past two decades has averaged a solid 3.3 percent per year, that figure seems less impressive when compared with other emerging market economies, which have maintained an average above five percent. Persistent jobless growth – a term which refers to an economy that demonstrates growth while its unemployment stagnates, or in some cases, increases – has plagued the South African economy to this point and restricted its progress.

Various parties, including the IMF and OECD, have urged the South African government to undertake drastic structural reforms, stressing the importance of improving the flexibility of the labour market and increasing educational attainment to the creation of jobs. The WEF found that in the sub-Saharan Africa region, fostering innovation would be the best solution to persistent jobless growth, along with increased creation of the jobs themselves, and improvements to targeted vocational development. The root of the problem seems to be education – despite the schooling system having improved considerably in the past two decades, many schools lack basic learning materials and at present, just one in 10 students obtain grades that would allow them to attend university. Innovation is certainly another weak point for the nation – research conducted earlier this year by venture capital firm Savannah Fund found it to be the most expensive country to start a tech company on the continent. Governmental funding for start-ups and SMEs, or increased tax breaks for such companies would help to create the right environment for start-ups, which are central to economic growth, to flourish. Even smaller initiatives, such as the introduction of entrepreneurship education in schools and colleges, could help.

This year saw growth in the catering and accommodation, finance, real estate, general government services, agriculture, forestry, fishing and transport industries, which bodes well for employment. These industries should continue to flourish well into the new year, and a weak rand has boosted the tourism industry – which can also be expected to continue thriving. Finance minister Nhlanhla Nene told CNBC Africa in October that “the completion of major energy, transport and logistics projects over the medium term will boost the growth potential of the economy”. These projects include several undertaken by utility firm Eskom, which, while a long way from solving the problem, will contribute additional jobs to its sector.

The National Development Plan (NDP) was launched in August 2012 with the aim of improving SA’s low employment rate. Its somewhat ambitious goals range from increasing labour force participation to 65 percent, to reducing unemployment from 25 to six percent, both by 2030. This would require the creation of an additional 11m jobs, and the IMF calculates that for the plan to work, economic growth must exceed five percent per year. We already know that hasn’t happened so far, and as South Africa’s unemployment problem is structural, governmental intervention is essential to its reduction. Structural reforms are urgently needed for Africa’s biggest economy to keep up with its other emerging counterparts. Unemployment is predicted to fall by just 0.2 points to 25 percent in 2015. If every year following that sees the same rate, a three percent reduction will have been achieved by 2030 – evidence that intervention is desperately needed for the plan to work.

The country is likely to be hit by the withdrawal of many investors from emerging markets; a move that began in May 2013 when it was first hinted that the US’s QE would be coming to an end, and has gained momentum in the latter half of 2014. In October alone, $9bn was withdrawn from stocks and shares across emerging markets, and as the Fed slowly begins to raise interest rates, this is likely to continue. While eastern Europe has been hit the hardest by this move – sentiment has been doubly dampened following geopolitical tensions in the region – sub-Saharan Africa faces difficulty in the midst of the Ebola outbreak.

The economic costs of chronic unemployment can be catastrophic. If drastic government action is not taken imminently, South Africa’s unemployment figures will continue to eat away at its growth until that also grinds to a halt – which would eradicate any prospects of job market recovery completely.