We have lift-off: A space race worthy for the 21st century

Billionaires Richard Branson and Jeff Bezos are scheduled to rocket into space in the coming days. But why is there a renewed interest and reinvestment in space travel and exploration? 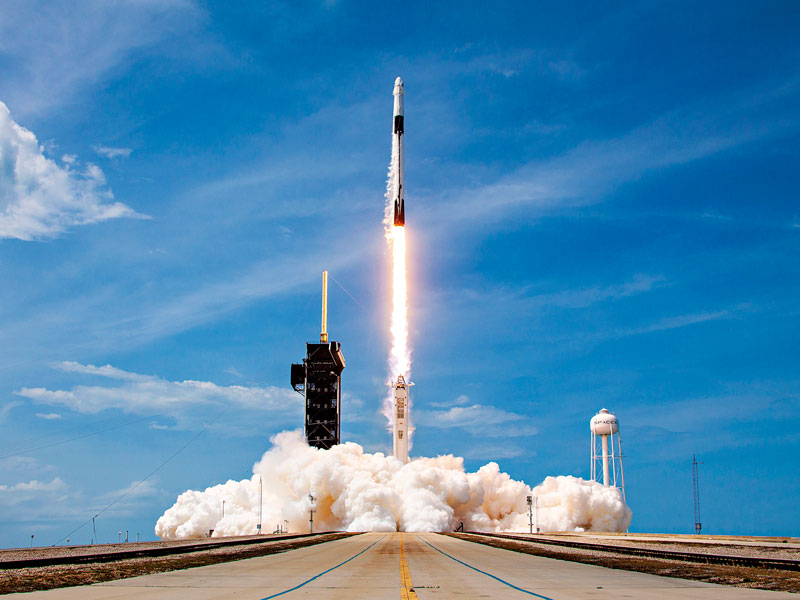 It is more or less agreed that the space race between the Soviet Union and the US ended after Neil Armstrong set foot on the moon in 1969, after which public interest in the Apollo missions began to wane, and with it, funding for NASA. The last Apollo mission was in 1972, after which the percentage of the federal budget apportioned to NASA gradually dropped below one percent. As of 2020, it was at 0.48 percent.

Many will also remember that there was plenty of opposition to the Apollo programme right from the very beginning, when critics suggested that there were more pressing matters to attend to here on Earth, such as social welfare. So why now, after all these years, and having not really solved the social welfare thing, are we interested in space travel again?

Behind the science-fiction, or even the commercial, aspects of these entrepreneurial ambitions lie valid concerns for the future

On May 5, 2021 at 6.24 Eastern Standard Time, a stainless steel Starship designated SN15 lifted off from a SpaceX test site in South Texas. Approximately six minutes later, it returned to its landing pad having successfully completed a high-altitude flight test. SN15’s predecessors have not always fared so well. It is with some degree of fascination that I watch these test flights. Each of the last four has resulted in an explosion on or near the landing pad, and while I hold no personal malice towards Elon Musk, I want his success – in this field especially – to come at some cost.

The reason for this has everything to do with safety. Of course, ultimately the purpose of these tests is not to revel in success or wallow in failure, it is to find out what needs refining, because there are any number of things that can go wrong – as history has no trouble in reminding us. Perhaps most famously, a liquid oxygen tank dropped on the factory floor years before Apollo 13 began its fateful mission was the cause of the explosion on board that turned a third lunar landing into a battle of wits, ingenuity and survival.

Reducing the barriers to space
Where budget is a concern for NASA, the same applies to privately funded companies because cost is the limiting factor for reaching space (see Fig 1). By focusing on reusability, launch costs can be significantly cut. Musk’s approach, in which uncrewed prototypes are rapidly assembled, tested, often destroyed, sometimes scrapped and always improved upon, is a process that goes some way to mitigating the risk of flawed components compromising safety and the risk of loss of life. It also serves to reduce costs. This approach also has the benefit of giving SpaceX plenty of exposure in the form of regular launch attempts.

There is, I think, an element of the carnival sideshow to many of Musk’s presentations, albeit on a much larger scale, and this is crucial for continued public interest in his projects, many of which seem, at best, an over reach for a privately funded company. Moving between prophetic and insightful, nerdy and eccentric, Musk’s particular brand of marketing sometimes feels Jobsian in nature. There is a sense for the spectator that what they are about to witness could be the greatest show in near Earth orbit, or just a little bit underwhelming. Either way, it’s difficult not to get caught up in this dreamscape, where we court possibilities beyond the realm of our own small, earthbound realities.

Capturing the imagination
I am tempted to concede that overall public interest in a return to the Moon and beyond is down to a man who promotes cryptocurrency, moonlights as an SNL host and hawks flamethrowers to raise brand awareness, but perhaps I am being too glib in my assessment. After all, rocketry has become a favourite pastime of more than one billionaire, with Sir Richard Branson founding Virgin Galactic in 2004 and Jeff Bezos, Blue Origin in 2000. They just haven’t captured our imaginations in the same way.

Behind the science-fiction, or even the commercial aspects of these entrepreneurial ambitions lie valid concerns for the future. Our historic reliance on fossil fuels has brought us to the brink of a climate change crisis and even with a sustained push towards renewables and the cutting of carbon emissions, our future here is by no means secure.

While I don’t quite know how I feel about the colonisation of other planets or hotels out in space, the innovations that are brought about as a result may help guarantee a less dystopian vision for future generations.