Could stress tests save the fossil fuels industry?

Failing to map out the risks posed by low-price and low-carbon scenarios, fossil fuel companies continue to face criticism. Stress testing could be the answer 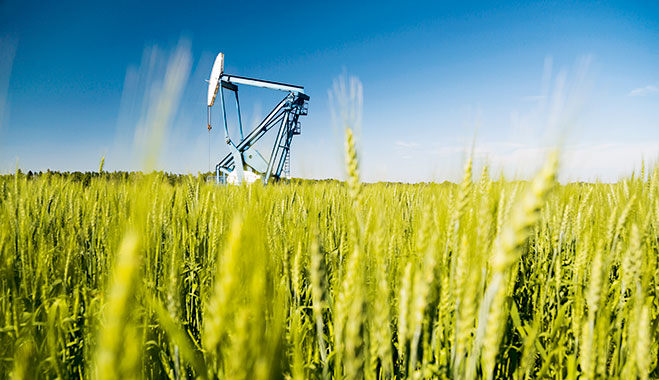 On an unspectacular day in January, one middle-income commuter filled his 4×4 to the brim with cheap fuel, while another American oil exec worked late into the night, deciding how he might announce in the early hours that stocks had fallen through the floor. Far apart in nature, these two incidents can be attributed to the same phenomenon, and with oil reserves spilling over and clean alternatives nearing on cost competitiveness, the price slump has done much to underline the issues weighing on the fossil fuels industry.

When the per-barrel price of Brent sat in and around the $110 mark in the middle of last year (see Fig. 1), ambitions to tap Arctic and deep-water reserves – while expensive – were fully funded. Yet a steep decline hit home in the months after when in January a five-year record low cast a long shadow over a market for which costs were already problematic. Where six months before, the industry’s profits were healthy and its prospects sparkling, much of the focus now currently falls on cuts, people, projects and production, as the fate of the fossil fuels business hangs precariously in the balance.

“[The price fall] has exposed serious shortcomings in oil companies’ risk management processes”, says Andrew Grant, Financial Analyst with Carbon Tracker. “By chasing volume over value and investing based on price scenarios that assume business as usual rather than making sure that their projects work at lower, but by no means unprecedented oil prices, the oil industry would have been better prepared and better served it’s investors.”

The future of the global energy market is uncertain

Barring a swift return to triple-digit territory, those in the industry must finally concede that more must be done to legislate for market shocks, if only to escape value destruction on an as-yet-unseen scale.

Stranded assets
It’s in this new low price environment that oil majors have been forced to shelve billions of dollars in projects, for want of more breathing space than they currently enjoy. One Amin Nasser of Saudi Arameco told reporters at a Brussels conference recently that the capital funding cuts could reach $1trn before two years are up, and reports that $200bn in contracts have been cancelled in only the first three months of the year are widespread.

Kicking off the year with a whimper, Shell announced that it would no longer plough ahead with plans to build a $6.5bn petrochemicals plant, and was joined soon after by Statoil, Canadian Natural Resources and Premier Oil, who slashed their budgets for much the same reasons. More recently, the Anglo-Dutch oil major joined France’s Total in postponing a string of multi-billion dollar projects off West Africa, and where once these deep-water contracts were highly-sought after, the same opportunities have veered into loss-making territory.

The volatility of the market, not just in the last year but also in recent decades, has called into question the legitimacy of a business where distortions are as much a part of the equation as supply and demand. Worse is that these risks are set to multiply as the transition to a low-carbon economy gathers momentum, and without clarity on how it is fossil fuel companies expect to make good on a shrinking business, those with a stake will be non-the-wiser about their predicament.

“Currently financial markets have an unlimited capacity to treat fossil fuel reserves as assets”, according to a Carbon Tracker report entitled Unburnable Carbon – Are the World’s Financial Markets Carrying a Carbon Bubble? “As governments move to control carbon emissions, this market failure is creating systematic risks for institutional investors, notably the threat of fossil fuel assets becoming stranded as the shift to a low-carbon economy accelerates.”

For the same reasons that the credit crunch and the dot.com boom before it exposed investors to considerable losses, the fallout of a carbon crash – greater even than the one we’re in – could bring irreparable damages to the industry, investors and, ultimately, the global economy at large. The $1trn figure posited by Nasser, therefore, offers only the slightest indication of what could unfold should fossil fuel companies fail to safeguard against further price shocks, so it’s little surprise that investors are beginning to call for action.

Earlier this year, investors representing close to $2trn in assets penned a letter to the Securities and Exchange Commission (SEC), asking that they impose tighter disclosure requirements on fossil fuel companies. Orchestrated by the non-profit advocacy group Ceres, the seven-page document noted that “a growing number of investors are working to integrate climate risk into their investment strategies, and obtaining more information from fossil fuel companies about their capital expenditures and related risks is a critical part of this process.”

Recently many more have made known their wish to see oil and gas companies take seriously the issues of strategic planning and risk management and, in doing so, create a more resilient energy market. In 2013, a group of 70 investors managing assets worth $3trn made the case that energy companies should assess risks under climate action and ‘business as usual’ settings.

Likewise, in January, investors representing over £160bn ($251.7bn) filed with BP and Shell to ask that their annual reports include asset portfolio resilience to changed climate settings, details on low-carbon energy R&D and any relevant investment strategies.

“Investors want to ensure oil and gas companies are prepared for changing market dynamics and the risks they pose to profits”, says Stephanie Pfeifer, Chief Executive of the Institutional Investors Group on Climate Change and key name in the debate. Concerned that some assets may become stranded in a changed scenario, stricter disclosure requirements would give investors greater reassurances about their protections. Arctic, deep-water and unconventional projects have already been handicapped, both by rising costs and operational challenges, yet information concerning the risks, at least as far as investors are concerned, has come too late.

“Uncertain demand and volatile pricing show why fossil fuel companies should be putting strategies in place to manage climate risks”, says Pfeifer. “Having a view on future demand which takes into account the low carbon transition and government policies on climate and energy will enable fossil fuel companies to play a constructive role in the shift to a low carbon economy – this might be through investments in renewable energy projects or positive policy advocacy for things such as a carbon price.” Stress testing
Studies show that action on the point so far has been muted. Carbon Tracker states that only five of a 49 company sample ran stress tests on the resilience of their capital expenditures under a scenario consistent with an average global temperature increase of 2°C, and it’s on this point above any other that the criticism has been laid.

“Many fossil fuel companies acknowledge both the threat posed by climate change and the energy transition needed to mitigate that threat. But beyond this nominal acknowledgement, it is less clear how that threat has trickled through company governance, executive planning, forecasting and strategy, the overall business plan and the annual investment decisions”, according to a Carbon Tracker blueprint, reflecting on the benefits of factoring low carbon and low price considerations into any long-term plan.

So often shackled to the assumption that demand and pricing will continue on the same footing, a readiness on the part of fossil fuel companies to overlook low price or low carbon scenarios threatens to land the industry in trouble, as indeed it has done already this year. Stress testing has been posited as a major part of the solution, and by following fast in the footsteps of the banking industry, fossil fuel companies can give greater reassurances about their exposure to market disruptions. By all accounts, the future of the global energy market is uncertain, and operating under the assumption that business will continue as usual marks a wilful incompetence on the part of fossil fuel companies to protect against climate change, technological developments and changing economic assumptions.

Only by calculating the risks tied to factors as far apart as demand, prices, management and capital allocation can fossil fuel companies keep investors informed about their susceptibility to market changes, whether sudden or gradual. And in choosing to outline the ways in which lower-than-anticipated demand might affect returns, more informed decisions can be made about where it is the industry’s focus should lie.

“We believe that companies should demand lower breakeven prices and higher return hurdles from any investments in their planning decisions, and test against a wide range of oil prices – as history and the last six months shows, a small percentage change in the balance of supply and demand can lead to very large percentage changes in oil prices. By doing so, not only are companies better prepared for any oil price weakness in future, but they ensure they are only investing in the highest return projects and hence get the best possible returns for their shareholders”, says Grant. “We have seen over the last five years or so how companies have moved from low cost legacy projects to expensive new sources of supply, and returns have suffered as a result.”

Investor engagement is doing much to drive positive change, yet the decision must come ultimately from the companies, and conceding that the fossil fuels business is threatened by volatility and climate change would mean major and expensive changes.