The cost of continued lockdowns is adding up

As many economies are still reeling from the damaging impact of previous lockdowns the question XM.com asks is whether they can withstand another one as the balance of saving lives versus saving the economy takes centre stage 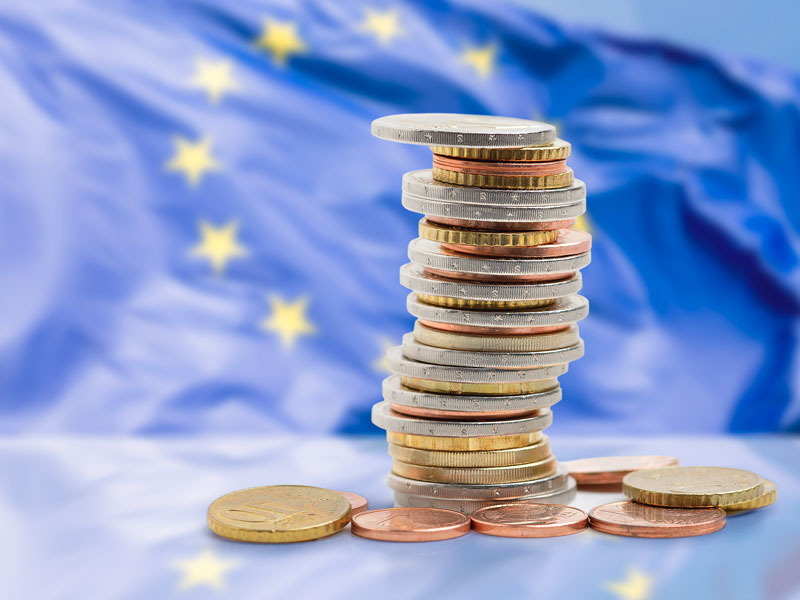 When the world went into lockdown back in March, it was hoped that shutdowns, quarantines and wartime-like curfews would do the trick in eliminating the deadly coronavirus. But more than nine months on, an end to the pandemic is not only out of sight, infection rates across the globe are rising at a record pace. The worsening situation has placed world leaders in the unfortunate position of contemplating new nationwide shutdowns.

The new COVID reality
There can be no doubt that we are living in perilous times as social distancing and wearing masks become part of our daily lives.

Increasingly, job cuts and ever-spiralling death tolls are also turning into permanent fixtures of this new reality. Despite news of a vaccine for COVID-19 breaking at the time of going to press the global recovery remains not only on shaky ground, but with the risk of a double-dip recession growing by the day as restrictions are tightened and more and more countries are swept by a second wave.

The devastating consequences of shuttering large swathes of the economy has meant that governments have had to spend like they’ve never spent before and central banks have had to get even more creative with their unconventional tools to fight the most severe downturn the world has faced in a generation. The problem is that monetary policy is already reaching its limits and governments are reluctant to commit to additional relief packages out of fear of pushing national debts to unsustainable levels. The enormous stimulus that ensued after the first wave may not necessarily be repeated as major economies are partially shut down again in the winter months.

Slow and uneven recovery
There is already growing unease in financial markets about the prospect of a slow and uneven recovery amid fresh lockdown orders. The risk rally that was triggered by the tsunami of stimulus announced in March came to an abrupt end in September as the rebound in Europe and elsewhere started to show signs of strain and doubts emerged about whether the US Congress would approve another virus relief bill.

The virus situation in Europe has only become worse since late summer when new cases began to spike again, with most countries tightening their restrictions and unavoidably putting the brakes on their recovery. However, the odds of further fiscal stimulus in the United States have improved somewhat, propelling stocks back towards their early September highs. This only goes to underline how the mere prospect of more easy money fuels stock market euphoria even when the economic outlook has never been so uncertain.

But for how long can the combined forces of fiscal and monetary stimulus shore up investor confidence when a full recovery is looking increasingly precarious? The longer it takes for a vaccine to be implemented, the further a full recovery will be pushed into the distance, meaning governments and central banks will have to continue propping up their economies with unprecedented measures.

However, there is a limit to how much more policymakers can do. And even if they were to live up to their pledges of further spending and money printing if needed, there is a risk that additional stimulus will eventually be met with less enthusiasm by investors as it becomes evident that the economic backdrop isn’t about to get better without a fully approved global roll out of a vaccine.

Avoiding the dreaded lockdown
The immediate dilemma for authorities, though, is whether full and prolonged shutdowns are inevitable. Having succeeded in getting the infection rate down to manageable levels during the summer, it appears that curbs on public gatherings, mandatory masks and local lockdowns can only go so far in keeping the virus at bay. Worryingly, it also seems that mass testing and travel restrictions are not as effective as hoped, which is not surprising when contact tracing is patchy and compliance on self-isolating is not 100 percent.

Following the near-complete reopening of their economies as well as the return of students to schools and universities, daily virus cases in many European states have now surpassed their previous records from April when the first wave peaked.

The surge has unwittingly prompted several European governments to backtrack on earlier assurances that a second national lockdown could be avoided.

Are ‘circuit-breakers’ the way to go?
As healthcare systems once again reach breaking point and death rates soar, scientists are urging for so-called circuit breakers, where much tougher controls are imposed for two to three weeks to slow down the spread of the virus. Some countries like the Netherlands have heeded their advice, closing bars and restaurants, which are widely considered to be virus hotspots.

Others such as France have gone a step further and banned all non-essential travel for its population, though the general trend in the latest round of restrictions is to find a middle ground. Even so, as sensible as this approach may be under the circumstances, governments are worried about the economic cost of asking businesses to close their doors again. Layoffs are accelerating as wage subsidy schemes are phased out and demand in the hardest-hit industries has been permanently depressed by the pandemic. Even if job retention schemes as well as other initiatives were to be extended, they are extremely costly and unsustainable in the long run.

What is clear, though, is that the fiscal space hasn’t run out just yet for Western governments as large-scale asset purchases by their respective central banks have created a favourable environment to borrow and spend. In fact, the warning shots fired in their direction are almost all about the urgency to act now and do more as failing to do so could prove more disastrous in the future.

Political dithering
When it comes down to it, the overriding duty to save lives appears to be taking precedence over the economy, at least in Europe. However, there is the concern that the delay in bringing stricter measures from when the virus first started to re-escalate has already cost lives, as history has shown that the less done at the early stages of the outbreak the greater the danger that even tougher ones will be needed down the line.

Yet, the rifts on lockdown policy are only widening, with many politicians strongly opposed to more stringent rules while others are arguing that existing curbs don’t go far enough. Even on the monetary policy front, there are signs of a split at key central banks like the Federal Reserve and the European Central Bank on whether bond purchases should be scaled up or down.

These divisions certainly don’t help promote confidence among the public and are less than reassuring for jittery markets. The US dollar probably has the most to gain if the uncertain path of the recovery becomes even cloudier, and the most to lose from fresh injections of fiscal and monetary stimulus. At times of global crises, the dollar tends to attract the greatest attention from the safe-haven currencies due to it being very liquid. The Japanese yen is not far behind.

It’s still all about the dollar
After going on the retreat once the market turmoil at the height of the virus crisis in March began to subside, both the dollar and yen have enjoyed a bit of an uptick in the autumn. This reflects a heightened sense of caution among investors as to how the pandemic will pan out over the next few months, though rising US political risks have also been a factor.

The reverse has been true for risk-sensitive currencies such as the Australian dollar, which has been closely mirroring equities since March. The euro has also behaved much more like a risk currency during the pandemic as the narrowing yield differential between the US and the Eurozone has increased the potential upside for the single currency, making it very responsive to positive headlines coming out of Europe.

At the crossroads
The direction that these currencies take in the coming months will very much depend on how the dollar responds to the impending headwinds. That in itself will be determined by what policymakers decide about how far to go with new restrictions and how much additional stimulus is required should the virus flare-up intensify further before mass vaccination programmes can be rolled out