The international spotlight has fallen on the issue of currency manipulation, but are there any cut-and-dry rules, or is it just a game of geopolitical posturing? 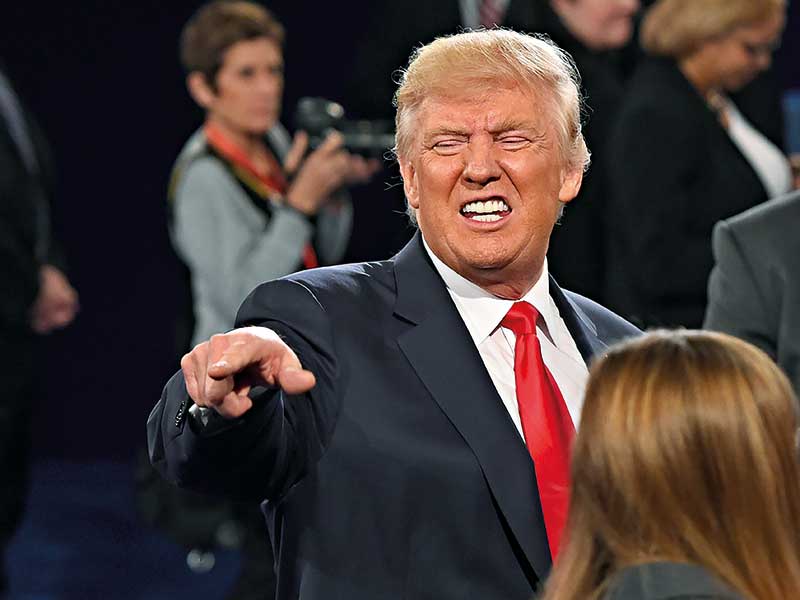 Trump has recently backtracked on his promise to brand China as a currency manipulator
Markets
Author: Kim Darrah

To paint a picture of the dynamics of currency manipulation in 2017 is to quickly find oneself in a chaotic whirlwind of heated accusations and staunch denials. On his campaign trail, President Donald Trump promised to get tough on currency manipulation, asserting he would label China a “currency manipulator” on his first day in office. Meanwhile, China was pulling out all the stops to increase the value of its currency, rendering its exports less competitive. The president’s stance has subsequently softened.

In economic terms, Trump’s recent U-turn on his promise to accuse China was a logical move. Yet, his ability to flip-flop between extremes emphasises the disorderly nature of the international debate on currency manipulation, which is riddled with pent up tensions but presents few clear facts.

Naturally, government officials are anxious to deny any wrongdoing. This was evident when an article published by the Financial Times – comparing the current account surpluses of Japan, China and South Korea – was met with furious criticism from a high-ranking official of the South Korean Finance Ministry. The official, who had interpreted the article as an imploration for Trump to label Korea a currency manipulator, branded the article “factually erroneous” and threatened to take action against the paper.

The often-conflicting viewpoints of prominent economists do little to clarify the issue. An analysis by the Peterson Institute for International Economics argued while economists were quick to decry the manipulative policies of larger nations, they often overlooked the policies of smaller economies like Hong Kong and Singapore. Conflicts of opinion also emerge in response to international developments on the topic. For example, Peter Navarro’s complaints concerning Germany have drawn contrasting viewpoints from economists such as Paul Krugan, Laurence Kotlikoff and Matthew Klein.

Slippery accusations
Of course, there is a reason currency manipulation is difficult to pin down: the line between manipulative actions and innocent policy choices is often hard to define and easily blurred. World Finance spoke to Kaushik Basu, Professor of Economics at Cornell University and former Chief Economist at the World Bank, who said: “Given that it is considered perfectly reasonable for central banks to intervene to curb volatility and stabilise the exchange rate, and it is difficult to formally differentiate between a manipulative intervention and a stabilising intervention, manipulation is difficult to prove formally.”

To take one example, South Korea is often the subject of suspicion over its exchange rate policy, but authorities insist they simply perform “smoothing operations” in order to counteract volatility in the currency markets.

While large stashes of foreign exchange reserves are often considered a smoking gun, central banks presiding over a floating currency have good reason to build such reserves. Often, central banks will hoard reserves to use as a buffer, pre-emptively counteracting the consequences of potentially destabilising shocks. Indeed, the International Monetary Fund (IMF) actively encourages governments to intervene in exchange markets in order to counter disorderly conditions.

Finding the facts
In an effort to cut through the ambiguity, the IMF splits the issue. First, in order to identify currency manipulation, it states there must be a fundamental misalignment of the exchange rate. Second, there must also be intent to manipulate the exchange rate for the purposes of gaining an unfair advantage in international trade.

Crucially, one without the other cannot be conclusive. Judging misalignment relies on the complicated and laborious task of determining what the exchange rate should be. If misalignment is present, the incriminating evidence tends to be found in large trade surpluses and current account deficits. Often, large trade imbalances are interpreted as a conclusive measure and provide the ammunition for nations to be branded as manipulators. By this logic, China’s $293bn trade surplus makes it an easy target, as does Germany’s $285bn.

However, imbalances alone are not enough and could arise for a number of reasons. As Russell A Green, Rice University’s Will Clayton Fellow in International Economics, explained to World Finance: “Trade and current account surpluses are essentially driven by savings investment imbalances. The exchange rate is one factor that is going to influence the amount of foreign goods consumers will want to buy, but there are other factors as well. For example, if the population of a country is very concerned about saving for the future, then they may have a big trade surplus simply because they are saving so much relative to their investment.”

Chinese whispers
The fluid interpretation of ‘intent’ provides the grounds for many of the world’s heated disputes. While the IMF lists a number of signifiers (including an excessive and prolonged accumulation of foreign assets, a changing current account or a large-scale foreign exchange intervention) it is hard to prove these actions are being leveraged to gain an unfair advantage.

“The problem arises from the fact that, even when a central bank targets a specific rate, it does not have to admit to doing so. All you have to do is to say you are holding it at a level where it would stabilise anyway”, Basu told World Finance.

Foreign exchange intervention and capital controls are not the only policies that affect the exchange rate. The IMF also pointed to other actions signifying intent: namely monetary or financial policies abnormally affecting capital flows. “For each country that has its own monetary policy, it becomes very difficult to distinguish in practice between domestic policy and exchange rate policy… the two are pretty inextricably intertwined”, said Green.

This could give weight to accusations levelled against Japan, as its characteristic loose monetary policy has resulted in the dwindling value of the yen in recent years. Of course, any accusations are quickly met by an insistence the policy is not intent on affecting the exchange rate, but instead geared purely towards an inflation target.

Indeed, it is hard to find a case where a fundamental misalignment accompanies clear intent, making it almost impossible to declare manipulation is taking place without some degree of ambiguity.

A clear-cut case
Given such wide room for interpretation, China’s history of currency play provides an example that is unusually clear-cut. During the mid-2000s, the country’s exchange rate policy leaned on both capital controls and foreign exchange intervention, allowing the People’s Bank of China to build a hefty $3.99trn in foreign exchange reserves.

“In China’s case, they were quite explicit… the IMF quoted Chinese officials saying that they needed to keep their exchange rates low because they had a large population in rural areas they were migrating to urban areas, and they needed to provide them with jobs to maintain domestic stability”, said Green.

This is “easily interpretable” as intent to skew exchange rates in the favour of Chinese workers. As such, naming China the “grand champion” of currency manipulation may once have been justifiable, but Trump’s assertion has long been out-dated.

While the lines of play for currency manipulation are often blurred, labelling China a currency manipulator in 2017 would have been entirely baseless. Basu said: “China’s foreign exchange reserves peaked in June 2014, when it reached $3.99 trillion dollars. It has fallen substantially since then, dipping below the 3 trillion mark in January this year. The release of these dollars would have lowered the value of [the] dollar and raised that of the yuan. So if any charge can be brought against China at this time it is that of raising the value of the yuan and curbing its own exports.”

While cold economic facts can clearly be influential, the role of politics is forever present. “No country will stand up and say ‘I am manipulating my exchange rate’, so there is always going to be room for interpretation – and that’s where politics comes in”, said Green.

Even when the charge against China was clear, the IMF did not officially deem currency manipulation was taking place. This, too, can be traced back to politics: “After the Asian financial crisis, the IMF had a very big credibility problem in Asia, and I think the IMF felt that, if they sanctioned China, that China and perhaps other countries in Asia would simply turn their backs on the IMF”, said Green.