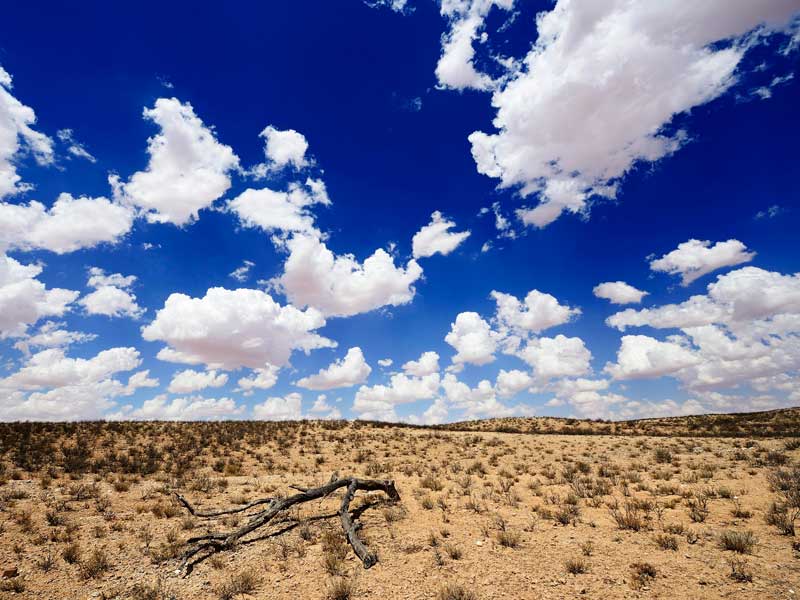 The potentially disastrous consequences of water scarcity on a country’s economy can trigger waves of crisis, which have the ability to shake the world's economic framework
Government policy | Markets
Author: Fernando Moncada Rivera

Argentina, the world’s largest exporter of soymeal, is suffering its worst drought in at least a decade. Meanwhile, on the other side of the world, South Africa has declared a national disaster as extreme drought ravages the Western Cape region.

The effects of water scarcity on a country’s agricultural sector can send ripples across domestic economies, and are reflected in national economic indicators. In the case of a major agricultural exporter like Argentina, a drought can also reverberate across international markets as global commodity prices react to changes in production.

According to Christopher Decker, a research fellow specialising in economics and law at the University of Oxford, the economic effects of drought can depend on a number of factors, including: how much of the country’s GDP is composed of water-intensive industries; the amount of stored water that can be tapped into in times of scarcity; and how water users adapt their behaviour in response to drought.

The cases of Argentina and South Africa bring into sharp focus the need for policymakers to shield the economy from future droughts, particularly given the threat of a changing climate.

Damaging Argentina’s cash crops
Agriculture is a crucial pillar of Argentina’s economy. Soybean meal is Argentina’s top export, followed by corn, soybean oil and raw soybeans. Together they made up 38 percent of all exports from Argentina in 2016, making the economy particularly vulnerable to extreme weather. As a result of the current drought, the government’s budget forecast of 3.5 percent growth may actually be be significantly lower.

In the case of a major agricultural exporter like Argentina, a drought can also reverberate across international markets as global commodity prices react to changes in production

As recently as October, Argentine farmers were expecting to expand their corn planting, but are now braced for the worst harvest since 2009, which at the time was heralded as the worst drought in 100 years. This year, Argentina has registered between 100mm and 400mm less rainfall than the post-1973 average, worse than in 2009. In the area around Marcos Juarez, a city in the corn and soy-producing Cordoba province, only 22.4mm of rain had fallen by the end of February.

In January, the US Department of Agriculture (USDA) lowered its estimate of annual soy production in Argentina to 54 million tons, a two million ton decrease from its previous projection of 56 million. This also represents a fall from 57.8 million tons in 2017. The Buenos Aires Grain Exchange is more pessimistic, putting the figure at 50 million tons.

Corn production, meanwhile, is expected to fall by 12 percent relative to last year, according to USDA. Each hectare of land is predicted to yield 6.92 tons, a decrease of 17 percent year on year.

“Drought during a critical time in the growing season can lead to famine and other issues,” said Brian Fuchs, Associate Geoscientist and Climatologist at the National Drought Mitigation Centre at the University of Nebraska. “Even with irrigation, there is a level of vulnerability due to the fact that the water shortages, which are usually associated with droughts, can impact irrigated agriculture as well.”

While famine is not a risk here, the drought has severely impacted farmers’ growing schedules. Keeping to a timetable is crucial to a good harvest, as planting is synchronised to coincide with seasonal weather at important stages in the crop cycle.

Fall in corn production this year compared with 2017

During normal years, corn planting in Argentina begins in September, with the late corn planted by December. It is done in this way to take advantage of the abundant summer rains in December and January, with harvests scheduled to take place between January and April. Likewise, the first of the soy is usually planted in October and the late crop is planted in December, with harvests between March and May.

This year, both soy and corn have suffered severe delays that have been the worst in recent memory. As of January, only 72 percent of the 44.7 million acres in the country dedicated to soy crop had been planted. Corn saw similar delays, as the lack of moisture in the ground prevented the planting of much of the late crop.

While the financial impact on individual farmers has been significant, it has been slightly blunted by President Mauricio Macri’s incremental elimination of export controls on agricultural products. Export tariffs on most products were scrapped entirely shortly after he took office, but reduction schedules for soy were delayed due to tight fiscal budgets. Tariffs are now on track to reach 18 percent by the end of 2019, down from 35 percent when Macri was inaugurated.

Corn and soy may be the most impacted crops, but damage from drought is not isolated to the agricultural sector. “A key point to emphasise is that in addition to the direct effects of a drought, there are obviously indirect spillover effects as well between sectors,” said Decker. Both corn and soy are important sources of animal feed, so a shortage means higher costs of production for meat, poultry and dairy products. This in turn has put a roadblock in Argentina’s plan to rein its stubbornly high inflation rate.

While drought punishes Argentina, however, competitors are taking advantage. As global importers are shifting demand away from the South American country, demand from North American markets is increasing. Grain prices in US are going up, leading farmers to sell their stockpiles to capitalise on better returns. Corn sales from US growers to foreign markets over the past two months have exceeded 12 million tons, levels not reached in over two decades in that short window of time. Global prices will also depend on what kind of yields will be seen in neighbouring countries like Brazil, which is stepping up to fill the production gap left by Argentina.

All trouble in the Western Cape
The drought plaguing South Africa’s Western Cape region has diminished its projections of agricultural output by a fifth compared with last year. This translates not only into decreased macroeconomic revenue, but also into employment losses, as smaller harvests means less labour.

“Early assessment of the socioeconomic implications shows that the Western Cape agriculture and agro-processing sector will suffer an [almost $500m] loss in output and lose as [many] as 30,000 jobs in the current season because of the current drought,” Sifiso Ntombela, Head of International Trade and Investment at Agbiz – an agricultural business chamber for South and southern Africa – told World Finance.

“At a national level, this will have negative consequences because [the] Western Cape is a main producer and exporter of agricultural products likes fruits and beverages. The province accounts for over 20 percent of national agricultural GDP, which suggest the county will be significantly affected by the drought,” he told World Finance.

Water is such a basic resource that its presence is taken for granted, but its absence is felt very strongly

Wheat production is especially hard hit, with yields projected to almost halve, from 1.1 million tons in 2017 to 586,000 this year. This will also cause South Africa to increase its wheat imports to 2.1 million tons in 2018, up from 935,000 tons 2017. The increased imports will widen what is, as of January, the largest trade deficit in the country’s history.

South Africa is also the eighth-largest exporter of wine in the world, but is on track for its lowest production since 2005. In January, the dams that supply irrigation to the vineyards in the Western Cape were at 24 percent capacity, a fall of almost 50 percent year on year. This means the vines do not have enough water for a proper harvest, and the grapes that are produced are smaller and have less juice, affecting a major regional export.

The effect of the drought is perhaps crystallised in Cape Town, the biggest city in the country, where water scarcity became so severe that the city was predicted to run out altogether unless citizens stuck to strict rations. While the prognosis has improved, Cape Town is still in danger of running out of water early next year if rainfall is insufficient.

The prospect of a metropolis running out of water should be a wake-up call, not just because of the economic impact – which would be severe – but also because of people’s basic need for water. “It is difficult to predict [the impact], but the economic implications could be significant given the reliance on water as an essential service, and its critical relationship with human health and wellbeing,” Decker told World Finance.

Potential jobs losses in the Western Cape due to drought

“If an urban area runs out of water completely, then in terms of economic implications there will be a need to source water and food from elsewhere, which will raise costs. For example, there may be a need to tanker in water from elsewhere,” Decker said. “Moreover, some sectors and activities such as schools and hospitals may have to shut down, which will have wider spillover effects on economic growth.”

Additionally, water is crucial for generating electricity because of its extensive use as a cooling agent in power plants. This is especially true for coal power, which provides around 77 percent of South Africa’s energy. If reduced access to water translates into reduced electric capacity, the economic effects are multiplied.

Mitigating future impact
In the midst of a drought, the need for policy solutions is brought into sharper focus. Governments must prioritise the mitigation of such scenarios, particularly if the economy is agriculture dependent or if water infrastructure is underdeveloped. Having a plan in place to lessen the impact can prevent the worst of the economic damage that would otherwise be inflicted.

“There is a need for some governments to take a more risk-based approach to drought planning and management,” said Decker. “Put simply, they need to move beyond being ‘reactive’ to drought, to being more ‘proactive’. This is easier said than done, as risk-based planning can sometimes involve more investments in infrastructure, which can be expensive and politically unpopular.”

The threat of drought is compounded by the spectre of a changing climate that will make water scarcer and render larger swathes of land increasingly inhospitable to crops. “As we see temperatures increase, the frequency and severity of drought does appear to be increasing,” said Fuchs. “It is too early to tell if this is a cycle we are going through, or something which is transitioning to a more permanent basis.”

Assessments from South Africa are less equivocal. “Climate scientists report that both the frequency and severity of climate-induced disasters are increasing in the Western Cape,” said Ntombela. “They have warned that the Western Cape is set to become relatively drier and will experience moderate to strong warming in the next 100 years, which will affect the agriculture sector the most.”

Water is such a basic resource that its presence is taken for granted, but its absence is felt very strongly. As climate conditions change, and in many places worsen, water security becomes an increasingly crucial issue.Governments need to take the lead in planning and prevention, but individual users also have an important role to play in managing a country’s water resources.