Today, the global trading network is well established, but it has taken multiple decades and various trade agreements to reach the current degree of complexity 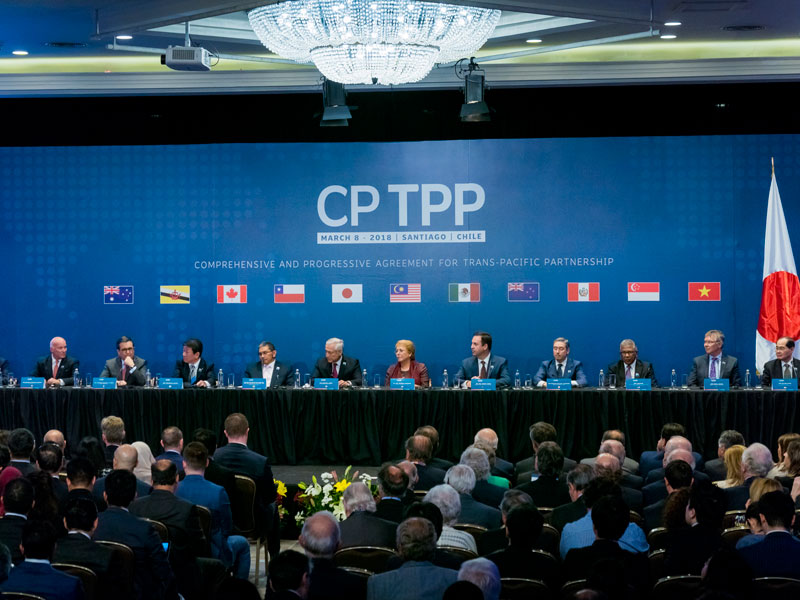 The Comprehensive and Progressive Agreement for Trans-Pacific Partnership is a trade agreement between 11 countries in the Pacific region
Government policy | Infrastructure
Author: Barclay Ballard

With Donald Trump imposing tariffs on steel and aluminium imports, now seems as good a time as any to reiterate the benefits of the global system of trade that the US helped to create.

Between 1950 and 1973, global trade grew by 8.2 percent in real terms, helping many countries to recover from the devastation of the Second World War. While technological advancements have, of course, played a key role in the development of international trade networks, political will has proven equally significant.

Trade agreements provide the legal framework that enables goods and capital to flow from country to country; they are the enablers of the global economy.

While technological advancements have played a key role in the development of international trade networks, political will has proven equally significant

Over the centuries, these deals have opened up new markets, boosted growth and created new employment opportunities. Although their detractors rightly point out that free trade agreements have not benefitted everyone equally, their international impact cannot be disputed. Here are five of the most important:

The convention, which was signed under threat of US military action, ended Japan’s period of economic and cultural isolation that had begun in the early-17th century.

Prior to signing the convention, the only foreign trade that Japan engaged in was with the Netherlands and China, exclusively at Nagasaki and under strict government control. Although the Convention of Kanagawa did not immediately result in a huge increase in trade, it led to the subsequent signing of many other treaties between Japan and other Western powers.

The so-called ‘unequal treaties’ often imposed unfavourable clauses that heavily favoured the other party and weakened Japanese sovereignty. These trade agreements showed subsequent Japanese governments how far the country had fallen behind the rest of the world. In doing so, they played a pivotal role in Japan’s rapid period of modernisation, which would become known as the Meiji Restoration.

Cobden-Chevalier Treaty (1860)
International trade may have existed for thousands of years, yet formal free trade agreements are a relatively recent development. In 1860, with the UK and France committed to a naval arms race, two diplomats, Richard Cobden and Michel Chevalier, negotiated an agreement that would have a huge influence on Europe’s economic landscape for the remainder of the 19th century.

Under the Cobden-Chevalier Treaty, tariffs between the UK and France were significantly reduced, causing the value of British exports moving across the Channel to double over the course of the decade. The treaty is also significant for including one of the earliest examples of the most favoured nation clause – a mainstay of global trading legislation to this day. Similar trade deals between the other major European nations quickly followed the passing of the Cobden-Chevalier Treaty.

As well as giving British and French producers access to a new market, the treaty helped significantly improve relations between the two countries. Today, the idea that increasing trade helps promote peace is well established, but that might not be the case if it wasn’t for the Cobden-Chevalier Treaty.

The European Coal and Steel Community (1952)
During the first half of the 20th century, the continent of Europe set about tearing itself apart. Nationalist sentiment was used to accentuate the differences between countries while dismissing their common history and values. The European Coal and Steel Community (ECSC), which came into force on July 23, 1952, was an early attempt at making sure this never happened again.

The launch of the ECSC created a common market for coal, iron ore and scrap metal across its six member states (Belgium, France, West Germany, Italy, the Netherlands and Luxembourg). This greatly increased economic co-operation between the signatories – steel trade increased tenfold following the creation of the community – while also showing them the importance of supranational collaboration. In this regard, it paved the way for closer European integration and, as such, is viewed as a precursor to the European Economic Community and its successor, the EU.

CETA (2016)
Despite its reputation as a champion of free trade, the EU has found that completing new trade deals is a complicated task. With the European Parliament, the European Council and national governments (plus some regional ones) all able to veto any potential deals, there are a lot of hurdles that must be cleared before pen can be put to paper.

Given this complexity, it is hardly surprising that the EU’s free trade deal with Canada, the Comprehensive Economic and Trade Agreement (CETA), took seven years to negotiate. The agreement includes an ambitious tariff reduction package, eliminating tariffs for 98.6 percent of Canadian goods and 99 percent of those originating in the EU. The deal is also predicted to result in GDP gains for both parties and has been cited as a potential model for the future trading relationship between a post-Brexit UK and the EU.

CPTPP (2018)
Donald Trump made plenty of threats during his election campaign: he vowed to build a wall along the Mexican border, suggested that he would pull the US out of NATO and said that he would look to prosecute Hillary Clinton for her use of a private email server. Those promises, among others, have failed to materialise but he did fulfil one of his campaign pledges after just a few days in office when he pulled the US out of the Trans-Pacific Partnership.

The loss of the world’s largest economy was certainly a blow and could have derailed the entire proposal. However, the remaining eleven members (Australia, Brunei, Canada, Chile, Japan, Malaysia, Mexico, New Zealand, Peru, Singapore and Vietnam) ultimately decided to persevere with the agreement. The re-named Comprehensive and Progressive Agreement for Trans-Pacific Partnership (CPTPP) still covers a market of almost 500 million people and additional nations have indicated that they may join at a later date.

There is also a chance that Trump will reverse his decision. If he does not, and it seems unlikely, the CPTPP shows that there are still many other countries around the world willing to defend the global trading network.