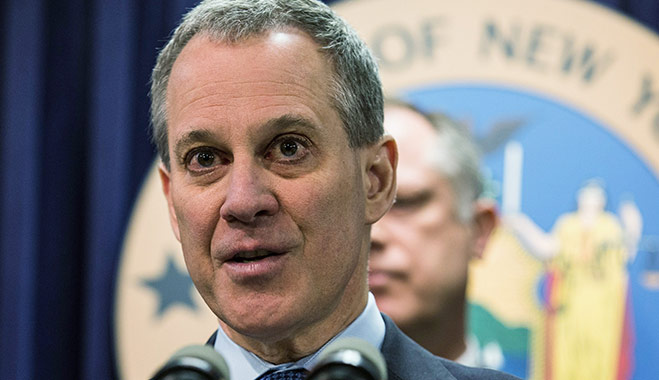 New York’s Attorney General has announced a crackdown on high-frequency trading, as his office said that it will be taking a closer look at vendors who provide services for high frequency traders.

In a speech given at the New York Law School, Eric T Schneiderman called for reforms that would eliminate “unfair advantages” for high-frequency trading firms.

Often such traders get faster access to data than the public would, through services offered by exchanges and other providers. This includes allowing HFT’s to locate their computer servers within trading venues themselves; providing extra network bandwidth to high-frequency traders; and attaching ultra-fast connection cables and special high-speed switches to their servers, the AG’s office said in a statement.

The practice of co-location has grown in popularity in recent years, but it has also come under scrutiny as concerns about its market influence have grown

In high frequency trading, firms create computer platforms to buy and sell stocks in milliseconds. It is common practice for trading firms to place their systems in the same data centres as the exchanges, allowing them to directly plug in their companies’ servers and shave crucial time off transactions. The practice of co-location has grown in popularity in recent years, but it has also come under scrutiny as concerns about its market influence have grown.

“We call it Insider Trading 2.0, and it is one of the greatest threats to public confidence in the markets. Rather than curbing the worst threats posed by high-frequency traders, our markets are becoming too focused on catering to them,” Schneiderman said of the HFTs.

The attorney general will be focusing on practices, which provide traders with information that allows them to take positions in the market at an unfair advantage. The announcement follows a similar probe last year, where Thomson Reuters agreed to discontinue its practice of selling high-frequency traders a two-second sneak peek of consumer survey results that could impact markets.

As of late, regulators have put the spotlight on high frequency trading. In February 2014, the US Commodities Futures Trading Commission said it would also be looking into regulating trading practices at firms, once the findings from a report on the industry have been published in September this year.