With geopolitical tensions rising, trade wars flaring up and elections on the way, investors have a lot to consider. The first thing on their minds should be choosing a reliable broker 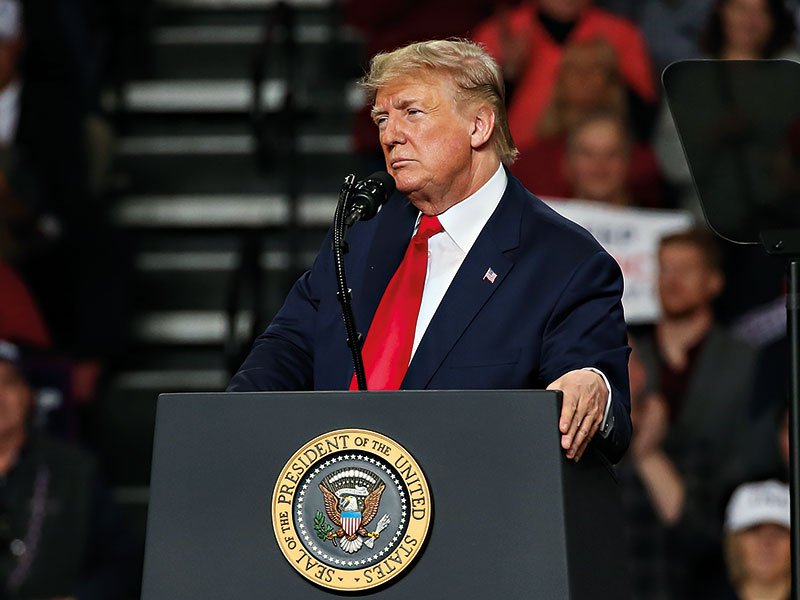 As we embark on not only a new year but also a new decade, volatility seems to be the order of the day. And it isn’t just the markets that find themselves in a state of flux: paradigms are shifting and new powers are rising in both the political and financial spheres. It is becoming increasingly obvious that the US’ days as the de facto global superpower are nearing an end as a star rises in the East.

Meanwhile, cryptocurrency is emerging as the new safe-haven asset, with many in crisis-stricken countries now favouring digital assets over traditional stores of value, such as gold and bonds. Global growth is projected to increase to 3.3 percent in 2020 – up from 2.9 percent in 2019 – but with such unpredictability across the board, anything could happen.

Feeling the tension
It’s virtually impossible to remember a time when the Middle East wasn’t the subject of strained relations, but the current situation is of particular concern given the strength of the two belligerents. US-Iranian relations have been at an impasse since Shah Mohammad Reza Pahlavi was ousted in 1979. Following the Islamic Revolution, the long-lived conflict has essentially been a cold war with flashpoints at various intervals. Over the past couple of months, though, we have witnessed the most serious rise in temperature for some time.

It all began at the tail end of 2019, when Iran attacked an Iraqi base, killing one US civilian and several service personnel. The conflict only escalated from there and appears to have reached a point of no return with the assassination – authorised by US President Donald Trump – of Iran’s highest-ranking intelligence officer, Qassem Soleimani, on January 3.

Following the drone strike, the price of oil skyrocketed amid fears of all-out war between the two producers. Subsequently, there was a rapid correction once it became clear that neither side was ready to take such a step.

A war on two fronts
Iran hasn’t been the only target of Trump’s wrath since he took office in 2016. In fact, China and the US have effectively been in a trade war for the past 21 months. Trump has been an enduring critic of China, accusing the East Asian nation of unfair trading practices and intellectual property theft on an industrial scale. At the same time, many in China feel the US is trying to halt its rise as a global economic power.

The US has imposed tariffs on over $360bn of Chinese goods in three phases, the first of which was implemented in July 2018. China has retaliated with tariffs on over $110bn of US products, according to the BBC. Negotiations continue, and in January the two sides signed a preliminary deal. Nevertheless, there are several serious sticking points, and we could still be some way off a mutually satisfactory resolution.

Uncertainty around the trade dispute has hurt businesses and weighed on the global economy. While there’s no doubt China has borne the brunt of the damage from the trade war, US farmers have also suffered greatly – not to mention the average American consumer, who has been forced to pay higher prices for a wide variety of Chinese goods. And while US stocks have done well in recent months, one can’t help but feel that a mutually beneficial trade deal would translate to even greater growth.

Seemingly unsatisfied with engaging in just the one conflict, the Trump administration is now squaring off with the world’s largest trading bloc: the EU. In October 2019, the US Government announced tariffs on $7.5bn worth of European goods, including cheese, wine, olives and many more staple exports.

Most recently, the US has reacted to France’s plan to tax technology companies, such as Google and Amazon, by threatening new tariffs that would see the price of French wine double. Meanwhile, Trump continues to try and garner support for the US’ position on Iran by using European cars as a bargaining chip. Naturally, any tariffs on the EU automobile sector would hit German auto stocks hard, with the knock-on impact likely to see the DAX – the stock market index comprising 30 major German companies – fall significantly. But it isn’t just the EU that would suffer if things got out of hand. Indeed, International Trade Centre Executive Director Arancha González has predicted a global recession in the event of a full-blown EU-US trade war. Needless to say, such a scenario would be bad news for the world’s indices, with commodities also suffering due to reduced energy demand.

The great unknown
On November 3, 2020, US citizens will return to the polls for the 59th US presidential election, and Trump will doubtlessly be hoping he can ride the coattails of the S&P 500 into a second term. With the country’s finances tipped to improve in 2020, he could succeed – as we all know, incumbents always fare well when the economy is doing well. Having been acquitted in his impeachment trial earlier this year, Trump will go into the election with a record number of people working and unemployment near 50-year lows, according to the US Bureau of Labour Statistics.

His opponent is yet to be determined at the time of World Finance going to print, but one feels that anyone other than Bernie Sanders would have a hard time dethroning ‘the Donald’. After all, the world has been very clear in pretty much every major democratic exercise since 2016: it has had enough of substanceless centrists. Sanders’ potential path to success could lie in galvanising the American left in a crusade against Trump’s rightist populism.

While analysts suspect Joe Biden is the more likely candidate at this stage, the possibility of a Sanders victory must be considered. It would likely see US stocks fall substantially; this could prove to be a knee-jerk reaction that is quickly corrected, or it might just herald the start of a protracted downtrend. Under a Sanders administration, CEO confidence would surely plummet given the stark contrast between Trump’s low-tax, business-friendly policies and Sanders’ fiscal proposals.

Conversely, if Trump can secure a second term, we should expect the markets to respond favourably, with the US dollar likely to strengthen against other major world currencies. And as the eurozone remains in serious difficulty – with the potential for further aggravation by Trump’s trade stance – the euro may well edge even closer to parity.

Starting block
In a world that seems balanced on a knife edge, the question is, where can investors turn for low-risk value storage? Since time immemorial, the go-to safe-haven asset has been gold. It’s easy to see why, when everything about the precious metal screams stability, constancy and immutability – even its position in the reactivity series. Unsurprisingly, the precious metal has enjoyed relatively strong growth commensurate with the increase in geopolitical tensions. And in all likelihood, it will remain a significant portion of any risk-off investor’s portfolio for years to come – it’s just that now there’s a new show in town. As the threat of economic downturn and currency volatility becomes very real for many, more people are turning to an unlikely safe-haven asset in cryptocurrency, principally bitcoin. It’s perhaps unsurprising, then, that the countries where we are seeing the fastest and most frenzied adoption of digital currencies are those with rampant inflation, serious political instability, high levels of insecurity or any combination of the above.

January saw bitcoin increase significantly in value (see Fig 1) and, with the per-block mining reward set to halve in May, we can expect bitcoin to continue onwards and upwards in the coming months. This gives potential buyers in crisis zones even more reason to buy now, providing them with the chance of not only protecting their savings but growing them too. And it would appear that this is what is happening: our latest data shows that demand for bitcoin has exploded in the Middle East, coincidentally one of the major crisis regions in the world right now.

Like gold, the Swiss franc has always been a favoured retreat for panicked investors preparing for hard times. In fact, a study by economists at the Deutsche Bundesbank found that the Swiss franc strengthened significantly during every major financial downturn between March 1986 and September 2012. The reasons for this are diverse, but it is undeniable that investor confidence in the government and the Swiss National Bank (SNB) has been – and remains – very high.

During the global financial crisis of 2008, the Swiss franc appreciated so much against the euro that, in a bid to keep its nation’s exports competitive, the SNB felt compelled to prop up the euro to maintain an exchange rate of at least 1:1.20. Prompted by popular discontent with this policy, the Swiss regulator announced in 2015 that it would no longer be providing support for the euro. Therefore, should financial turmoil rear its ugly head once more, there would be nothing to limit the Swiss franc’s growth against other major currencies.

Deciding to put your money to work instead of sitting on it and watching its value slowly evaporate may be sensible, but choosing to invest is just the first step – you still need to pick a broker to manage your portfolio. And while you may have a range of criteria in mind, first among them should always be reliability, experience and honesty. With more than 20 years of market experience and a host of international awards under its belt, Libertex ticks all of the boxes. And because you can trade short or long, you’ll always be able to make money whatever happens in the markets.