Making the case for a global tax transformation

The need for a digital tax revolution seems more pressing than ever, but getting a global overhaul right requires a comprehensive and unified approach 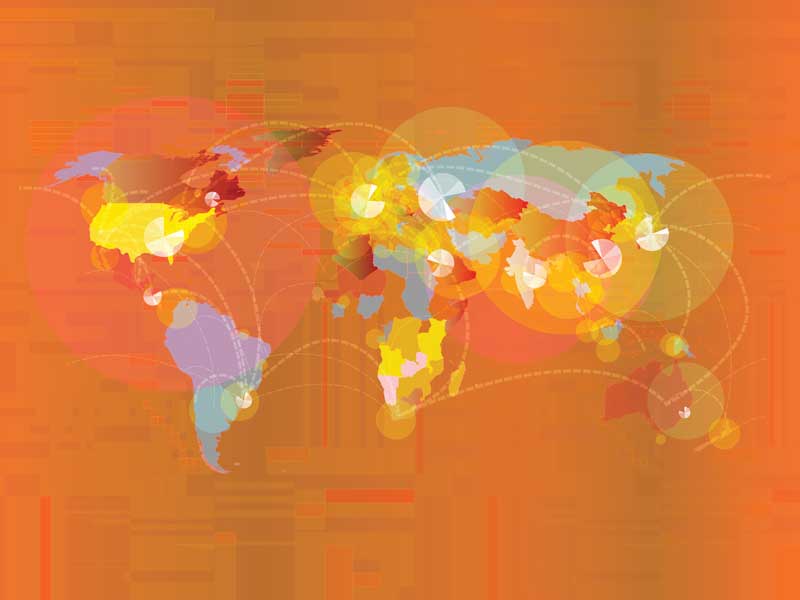 In recent times, the global economy has been transformed by technological innovation across almost every area, except one. As commerce has globalised and modernised, the state of worldwide tax law, which governs how commerce is taxed, has become outdated. This scenario is not unlike the US state income tax rules that govern the extent to which individual states can claim the right to tax interstate commerce. State income tax administrators continue to challenge longstanding physical presence requirements, while struggling to consistently apply a new economic presence concept.

The global innovation revolution, driven by digital technology advancements, expands those challenges and highlights the need for a digital transformation of worldwide tax rules. Such a transformation can only be achieved through a multilateral and cooperative approach. This overhaul will have a significant impact on corporate investment and global trade.

Although digital transformation is frequently associated with technology giants, this categorisation is too narrow, especially in regards to taxation. Thanks to advancements in information technology, companies in all industries operate by embedding and leveraging digital technology. As is often the case with law and public policy, global tax rules have not kept pace with technological advancements.

A modern definition
Most current tax regulations still adhere to the archaic principle of permanent establishment (PE), whereby companies are taxed (or not) based on the extent of their physical presence in a country. Given the important role PE rules play in tax treaties and the taxation of digital commerce, a more modern definition – one that is based on economic presences rather than physical presence – seems imminent. The Organisation for Economic Development’s (OECD) base erosion and profit shifting initiative (BEPS) and other recent efforts have laid the foundation for this change. Of course, individual countries will still have their own interpretations of how much economic activity should trigger taxation.

Increasingly aware of this imbalance, governments are seeking new ways to tax digital transactions (some unilaterally) and reduce fraud, both actual and perceived, which can occur under the cover of technological opacity. While modernised global tax rules are needed, this overhaul poses many risks.

If new approaches to taxation prove too discriminatory, limited in scope or are unilateral, rather than multilateral in nature, then unintended consequences would likely result. In some cases, corporations could be subjected to double, or even triple, taxation on the same transaction. Global tax competition might intensify as countries dangle more favourable tax rules, rates and exemptions to lure corporate investment, potentially intensifying the type of fiscal mischief and economic harm that the OECD and others want to avoid. Consequently, global trade could grow more fragmented, complex and confrontational, if not downright adversarial. Furthermore, corporate investment would likely deteriorate in response to even greater uncertainty than companies now confront.

More uncertainty would be difficult to imagine, given the extraordinary angst that some tax functions already face. Current uncertainty stems from: new reporting obligations and transparency requirements from tax administrations motivated by the OECD’s BEPS initiative; EU state aid investigations; the impending levy of a new equalisation tax explicitly directed towards digital firms operating within the EU; and the potential impacts of US tax reform, among other significant unknowns.

Bernhard Welschke, Secretary General of Business at OECD, has warned about the perils of flawed approaches to global tax transformation: “Only a comprehensive multilateral engagement between tax authorities, taxpayers and other stakeholders will lead to outcomes that support a successful digital transformation.”

Time to go digital
The equalisation tax is part of the EU’s recent push to develop a new way to tax the world’s largest digital B2C companies. EU finance ministers backing this push portrayed the new approach as an interim measure before a more extensive approach for taxing digital transactions across all industries is in place.

The notion of a comprehensive, multilateral approach was covered in the OECD BEPS Addressing the Tax Challenges of the Digital Economy, Action 1 final report. This defines what the digital economy is and the business models it enables, and identifies how digital transactions affect direct taxes (such as income tax and corporate tax) and indirect taxes (like imports, certain excise duties, sales tax and value-added tax). These significant impacts make life harder for tax authorities and corporate tax functions alike; both have to wrestle with new, fundamental taxation questions. For instance: is this a good or a service? Is this a tangible asset or an intangible licence?

Thorny questions
Digital-era direct tax-determination challenges primarily relate to nexus (where to tax), data and the characterisation of transactions (goods or services). Data and other intangibles that are commonly used and transported across national boundaries create nexus and value confusion from a transfer pricing perspective as well. From an indirect tax perspective, digital transactions raise thorny value-chain questions regarding the value of various activities and goods, which entity is realising that value, and the appropriate indirect or excise tax.

These issues, especially the difficulty in establishing nexus according to existing PE rules and exceptions, explain why the Action 1 report contains the term “significant digital presence”. The phrase describes activities that generate significant revenues from operations that either target customers in a specific country through digital means or that substantially interact with users in a specific country. The idea is that a significant digital presence in a country may rise to the level of substantial economic presence for the purpose of tax determination.

US multistate tax practitioners may actually find the significant digital presence concept rather familiar, as in many respects it is the reverse application of the earlier and now somewhat diminished ‘substantial physical presence’ doctrine that has been the bedrock of state and local taxation under the 1992 US Supreme Court case Quill v. North Dakota. Whereas the former only requires substantial digital business activity, thus creating economic nexus, the latter only applies in the case of bricks-and-mortar businesses with contact and economic activity within a US state. Therefore, the elements of economic activity and business presence remain the same. What is changing is how states define what constitutes a ‘presence’.

The lack of clarity concerning what is digital, along with differences in existing PE definitions within each country, suggests that PE-related audit controversies are likely to increase in the coming months and years – at least, until a global standard is established and individual tax treaties between countries are amended.

A litmus test
The OECD should be commended for framing the need for a new digital economy taxation standard, as well as for putting forth clear guidance, including identifying the need for comprehensive, multilateral digital-era tax standards and definitions. The OECD indicated that digital taxations issues should be addressed in conjunction with related transfer pricing, permanent establishment and hybrid mismatch arrangements – how corporate entities and tax arrangements are characterised in different tax jurisdictions.

To be sure, global trade organisations like the OECD, economic blocs like the EU and individual countries are right to recognise that existing global tax rules are not sufficient, and a more effective approach is required in the digital economy.

However, given the stakes of this potential tax transformation, all parties should take care to limit negative side effects. While looking at new ways to ensure that a digital-era taxation approach contributes to fairness and ease of administration for both tax authorities and corporate tax functions, global decision-makers should ask the following questions of any potential overhaul. First, is it comprehensive in nature? Second, is it coordinated with related global tax regulations and rules? Third, is it unified?

A transformative approach to digital tax that answers these questions in the affirmative could prevent the current turmoil the US states face from unilateral actions to modernise their own nexus rules. This would likely create fewer negative consequences and be perceived more favourably. In the end, most would agree that it is better if modernised tax rules on the digital economy and digital business models exert positive impacts to both corporate investment and global trade.