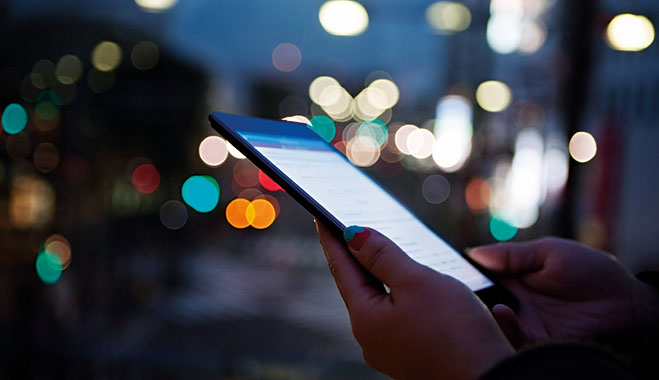 Millenials have become increasingly picky about banks, and often choose theirs based on the strength of its technological services
Markets | Technology
Author: Matt Timms

The banking industry has undergone a quite extraordinary transformation in recent years, and the changed consumption patterns coupled with rapid technological advances have asked that the industry rethink traditional operating models if they’re to survive. As a result, banking applications have become a fixture of the modern banking industry, and, with this, technology firms have chipped away at the old guard. Long gone are the days when applications were seen as an afterthought, and recent studies serve to illustrate, increasingly so in fact, that they are a key point of differentiation when it comes to bringing millennials onboard.

Deciphering feedback
Going by the results of a recent SNL Financial survey, the majority of respondents said that they’d be willing to switch accounts based on which bank had the better app. Of the 4,371 respondents, 54 percent attested to having done so already, whereas 53 percent of the same sample said that their app was lacking. Asked whether they would pay $3 a month to use their mobile banking app, 76 percent answered ‘no’, although the responses varied significantly depending on the age of the person in question, with opinions split between boomers, generation X and millennials.

Going by the results of a recent SNL Financial survey, the majority of respondents said that they’d be willing to switch accounts based on which bank had the better app

The key takeaway was that younger consumers, more than any other cohort, believed banking apps to be among the most important factors when arriving at an account, and banks in the here and now must respond accordingly if they’re to stand up to non-traditional competitors.

SNL’s John Fisher wrote in the survey, “Smartphone users willing to jump ship for a better app in general, according to our survey data, tend to be younger, live on the coasts and be far more likely than the overall survey population to pay $3 per month to use their banking app.” Further to the findings, Fico statistics show that 90 percent of American consumers regularly use a smartphone, whereas 63 percent do much the same for their tablets, as opposed to 38 and 30 percent for boomers. With this, internet banking and – more pertinently perhaps – mobile banking are fast becoming the preferred points of contact for consumers, and app usage looks only to continue on upwards in the years ahead.

Stifled mostly by security concerns in years past, banking apps are clearly a key point of differentiation, and 26 percent of the SNL sample attested to having already switched accounts in the past year based on banking app inadequacies. Millennials and the rise of the connected consumer will dictate the rate and direction of change in the near future, and what’s imperative for banks is that they hone their focus on app development in the here and now if they’re to feature in this hyper competitive digital marketplace.

Jumping ship
The need to develop an accessible and flexible app that also holds up to security concerns is important, though so to is the threat posed by technology companies, whose superior technological understanding means that banks are struggling to compete. FinTech firms, for instance, are beginning to challenge leading names, and the likes of TransferWise, Funding Circle, Kabbage and others mean that the expectations are greater and the criticisms harsher.

Unlike previous generations, millennials feel little in the way of loyalty towards any bank, and tend not to shy away from switching accounts should another show itself to be superior. The Millennial Disruption Index, for example, commissioned by Viacom media networks, shows that a third of the segment are open to switching within a 90 day period. Banks therefore, particularly those in retail, can ill afford to rest on their reputations, and must compete with technology companies, for whom integrating new technology with age old systems is not an issue.

With customer numbers dwindling and margins under pressure, the challenge mounted by technology companies leaves those without serious technological know-how serious cause for concern. Worrying as it is, few are of the opinion that technology companies will inherit banking’s slice of the pie. Rather, the responsibility lies with banks to take note of the ways in which dedicated apps have better served consumers, and, what’s more, to incorporate these advances into their own operations.

The success or failure of any bank in the near future will be dictated in large part by their ability to bring millennials on board, and a focus on digital presence should serve to stave off the competition from elsewhere. Already a fixture of the banking landscape, expect to see apps play a far bigger part in this picture.