With the continued proliferation of threats concerning a US withdrawal from NAFTA, there is a sense that the protectionist stance promised by President Trump during his election campaign is beginning to materialise 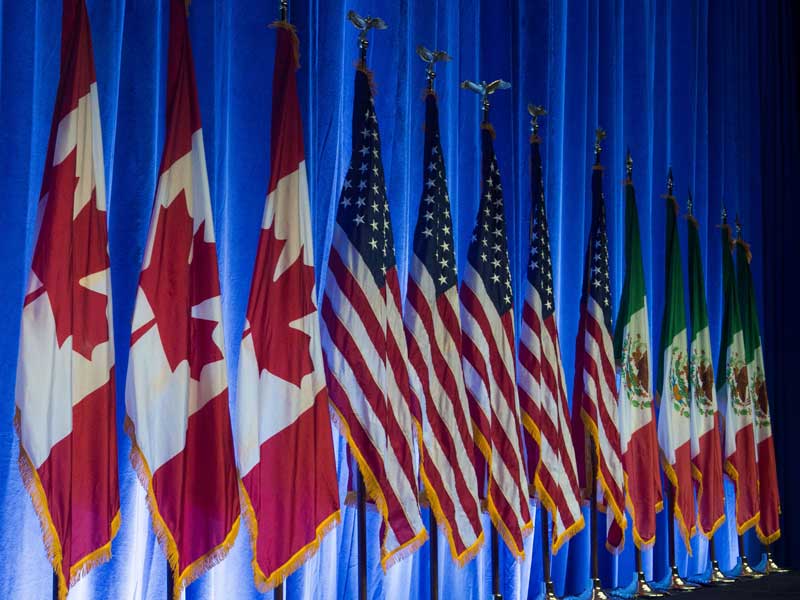 Many infer that the US' attitude towards NAFTA indicates an ever-more protectionist approach to wider international trade issues
Markets
Author: Tim Drayson, Head of Economics at Legal & General Investment Management

Ahead of the NAFTA renegotiation deadline in March, concerns are growing that talks may break down or, perhaps more plausibly, President Trump will fulfil his threat to completely withdraw. The stakes are high. Trump has made unreasonable demands, such as the five-year sunset clause and greater US content share. As rhetoric ramps up between the US, Canada and Mexico, it will prove increasingly difficult to know exactly how markets will react.

Manufacturing unions blame NAFTA for sending US manufacturing jobs abroad, and President Trump campaigned on a platform to reverse the offshoring of recent years

The state of NAFTA
Around one third of US trade is with Canada and Mexico. Manufacturing unions blame NAFTA for sending US manufacturing jobs abroad, and President Trump campaigned on a platform to reverse the offshoring of recent years. The question is whether withdrawing from NAFTA would be of economic benefit to the US.

There is no doubt that NAFTA is in need of reform. It was originally set up in 1994 before the digital and e-commerce era. The US has now produced a list of negotiating objectives, with its top priority being to reduce the trade deficit with NAFTA – though this is somewhat bizarre, since trade is almost in balance. Most of the US’ trade deficit is with China.

The other priorities initially seemed reasonable and read more like an aspiration to move towards a single market with the harmonisation of rules. Unfortunately, the US then made some additional demands around US content share in autos, access to public works contracts, reducing the role of the dispute mechanism, and dismantling Canada’s supply management system for dairy and poultry. While these were initially deemed as unpalatable by Canada and Mexico, the countries now appear to be heading reluctantly towards compromise.

The cost of withdrawal
There is ambiguity about President Trump’s ability to withdraw from NAFTA without the approval of Congress. At a minimum he has to give six months’ notice, and even this could be subject to legal challenge. This period of uncertainty would probably be used to strike a deal. But what would the cost be if the US did withdraw?

In this case, tariffs would be introduced in line with the most-favoured nation principle. This implies an average tariff of around 3.5 percent on US imports but, weighted by the share of trade actually covered by NAFTA and the types of goods, the effective tariff would be not much more than two percent.

So the static cost appears relatively small, but this probably understates the damage given the negative impact on US exports and disruptions in cross-border supply chains. Still, it should not be as bad as a hard Brexit because border controls and customs checks are already in place.

Wider implications
There is a serious risk that President Trump will issue the notice to withdraw from NAFTA, but this would most likely be part of an aggressive negotiating strategy from the US. This could lead to some further concessions from Mexico and Canada, as ultimately falling back on World Trade Organisation rules is in no countries’ interest. In addition, given that the economic hit would be more severe in Mexico and Canada (as they have extremely high trade shares with the US), both their exchange rates would be liable to weaken against the US dollar, wiping out any incentive to move production back to the US.

The bigger danger is what the US approach to NAFTA implies for US handling of wider international trade issues. The US has already imposed tariffs on some specific product areas (namely solar panels and washing machines) and is now looking into aluminium and steel. At least this followed a process and is not just a snap decision from President Trump. The main worry is the potential for the US probe into Chinese intellectual property practices to trigger trade sanctions, which could then spark a trade war. In the meantime, talking down the dollar will help Trump meet some of his objectives, even if eventually it only ends up delivering higher inflation and interest rates.