Open banking is set to revolutionise the industry. Traditional banks need to adapt quickly, or they risk being left behind by agile start-ups 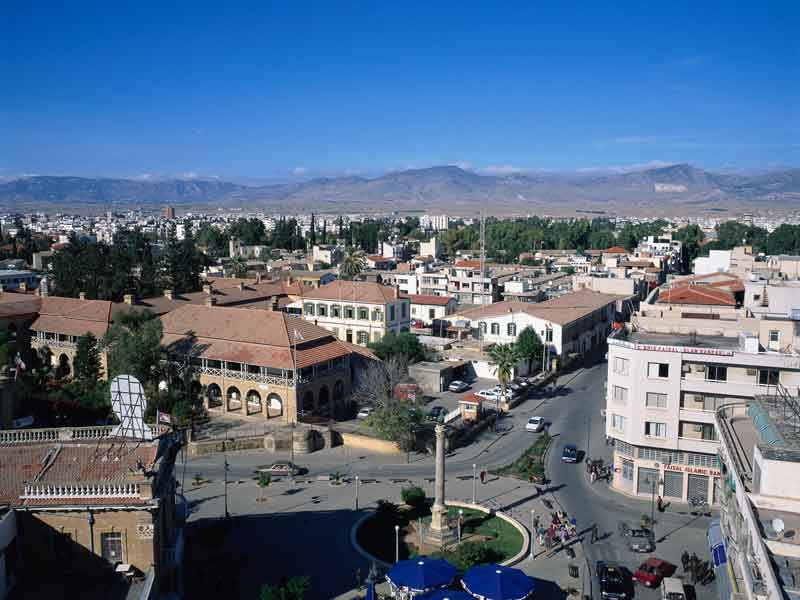 Disruption is the new buzzword in the financial services arena. Nowadays, it seems that the monetary landscape is constantly shifting, with new trends emerging and changing the face of banking. In the recent past, banks were the gatekeepers of people’s financial data, and they facilitated almost all exchanges of money.

Now, however, new technology has given rise to a multitude of fintech start-ups that are challenging banks, payment platforms, monetary policies and customer relations. In a world that’s increasingly digital, traditional banking platforms are fast becoming obsolete. Leading the charge of disruption is the proliferation of cryptocurrencies and alternative payment methods.

Another significant disruptor on the horizon is open banking. Deloitte’s 2016 report Banking Reimagined identified a growing trend towards eliminating middlemen and dismantling the borders between institutions and users.

The report claimed that we’re heading towards a future of trading without traders, investing without managers and transacting more directly through an ‘extended ecosystem’ of banks, third-party vendors, fintech firms and payment platforms.

As a result of continually evolving digital connectivity and institutional collaboration, the concept of open banking has materialised as an inevitable disruption in the financial world.
But what is it exactly?

Wide open
Open banking relies on the use of open-source application programming interfaces (APIs) that connect computing systems together through a shared digital language.

The idea is to increase transparency and accessibility for customers, while facilitating third parties – such as challenger banks, fintech firms, software developers and payment platforms – to build financial applications.

It’s a world where accountants, auditors and shareholders would have direct access to transactional data, and banks would move away from insular frameworks. The end result would significantly benefit the end user – the consumer – because the combination of smart data and smart systems would be able to, for example, recommend the best type of bank account and most suitable institution according to your financial history and behaviour.

Henry Chesbrough, Head of the Centre for Open Innovation at the University of California’s Haas School of Business, coined the term that became the name of his centre, and has written extensively about the topic.

‘Open innovation’ ascertains that companies need to become less insular and look beyond their own house to cultivate new innovations that will grow their business and enhance their services for end-users.

Chesbrough’s philosophy is based on the central idea that knowledge is not exclusive to a single entity, but exists in employees, consumers, competitors and third-party contractors.

Chesbrough’s ideas have taken flight and found their way into the banking sector as open banking. Financial institutions are increasingly finding themselves cornered, as consumers demand a holistic banking experience and increased access to third-party resources.

The US’ Mint app is a prime example. Developed in the late 2000s, Mint provides an overview of consumers’ finances by amalgamating their banking history into one place.

The demand from consumers was so great that, less than two years after its launch, Mint was registering 7,000 new users on a daily basis; it now boasts over 20 million. However, fintech start-ups like Mint are still powerless against the regulated banking establishment, which is where open banking comes in.

The doors of innovation
While the financial world was arguably blindsided by the rise of cryptocurrencies, preparations for open banking are now in full swing. Europe and the UK are leading the charge, with software companies like TESOBE in Berlin forming the Open Bank Project as a source of open APIs and third-party apps for banks to utilise.

In the UK, the Competition and Markets Authority (CMA) has commissioned an open banking initiative to bridge the gap between new banks seeking to increase their clientele and more established ones that are not competitive enough.

In September 2015, the Open Banking Working Group (OBWG) was set up at the request of the UK Treasury to explore how data could be used to help people transact, save, borrow, lend and invest their money.

On July 5, the CMA publicly released a list of API specifications for accounts, transaction information and payment initiation. Imran Gulamhuseinwala, a trustee of the Open Banking Implementation Entity, said on its website: “The specifications provide the platform for developers… to build new web and mobile applications that will deliver a safer, more personalised, and easier banking experience for consumers.”

This framework was developed in tandem with the payments API, which is scheduled to go live in January 2018, and will allow third parties to “create secure payments on behalf of customers and submit payments for processing”.

Open banking has become such a topic du jour that the SWIFT Institute commissioned a case study, resulting in a comprehensive research paper entitled The API Economy and Digital Transformation in Financial Services: The Case of Open Banking. Published in June 2017, and available to download from the SWIFT website, Markos Zachariadis and Pinar Ozcan’s investigation shows how challenging, yet inevitable, the new system is.

They conclude that open banking is a priority for banks and financial institutions looking to expand their clientele. “Those who move early to establish an attractive platform will obtain a customer base that is increasingly unwilling to switch to competitors, as more and more third-party developers offer services as part of the platform,” according to the report.

In fact, 2018 is gearing up to become the year of open banking. The EU’s revised Payment Services Directive (PSD2) was passed in November 2015, and is expected to take effect in January 2018. It will give third-party, non-banking firms, including online retailers, the access to handle payments for customers with bank accounts directly and securely.

What will be fascinating to see is how this new response to open banking will be impacted once the General Data Protection Regulation (GDPR) comes into play on May 25, 2018. This new regulation will replace the old data directive that has governed Europe since 1995.

The aim of the GDPR is to unify EU regulations in ways that will place control of personal data on a customer level, and simplify the ways data is stored, shared and transacted within and without the EU.

What’s the catch?
As passionately as open banking proponents sell the concept, the reality is that its future is muddied by unknown factors. How banking establishments that have functioned for generations will feel about sharing their modus operandi with young fintech start-ups and software developers is a question mark that casts a long and crooked shadow over the entire transition.

For open banking to truly work, these powerhouse banks need to commit fully to Chesbrough’s ideal of openness, even with competitors – not something they’re especially famous for.

Then there’s the regulations of the online data-sharing world; with PSD2 and the open banking standard moving ahead, regulators are obviously adapting and taking notice of the shifting landscape, but how long before the average consumer feels fully assured that their money is secure and private?

In a digital world where cyber warfare can be waged and hackers have the savvy to break through online barricades, sending sensitive financial data directly to third parties through APIs may feel scarier than going down to your local branch and dealing directly with the teller.

Even in view of the multitude of unknowns within the sector, however, experts are sure that open banking is the future. Perhaps those who are feeling weak at the knees over this eventuality should look to the Royal Bank of Scotland (RBS) for reassurance.

RBS is embracing open banking, assessing how APIs can help it engage with its customers, as well as how it can transform its in-house organisation. Alan Lockhart, Head of Open Banking and Fintech Solutions at RBS, claims that every bank will have to come to terms with open banking, whether they like it or not, because, as he told CNBC: “[It’s] the biggest change to the banking system since the invention of the chequebook.”

This new approach to how financial data is handled, stored, transacted and dispersed is arguably a game changer for any company that deals with payments, in any shape or form. Brokers like FXTM, for example, which thrive on keeping clients active through a regular flow of deposits and withdrawals, will undoubtedly get in on the open source API action.

Emerging markets will also benefit from open banking. Countries in areas such as Latin America and Africa, where many people do not have bank accounts, are a prime target for this technology. The ability to identify financial products tailored to individual needs could, potentially, increase access to mortgages, credit, and investment opportunities.

From the ways customers fund their accounts, to the connectivity of various platforms, the possibilities this innovation offers are endless. Whatever your industry, focus, or market, an open future is certainly starting to look like a brighter future.