The art of the trade: how to profit in a changing investment market

Markets are always changing, with the evolution of mobile technology causing a shift in trader behaviour. As markets become more volatile, traders will need to keep a careful eye on coming developments 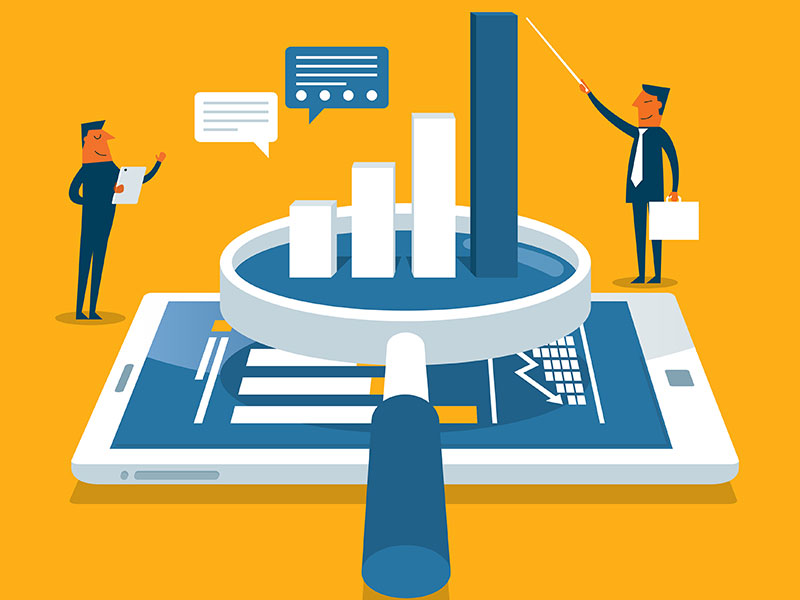 The idealised view of trading is that it provides a quick way to get rich, but in reality, successful traders put in a great deal of hard work
Featured | Forex and Brokerage | Markets
Interview with: Giles Coghlan, Chief Currency Analyst, HYCM

The computer and smartphone revolutions have put a trading station in the hands of almost every person, making trading more accessible to a far wider group of people. Concomitant to that has been the public’s growing interest in learning about markets and exploring their newfound ability to allocate parts of their wealth to assets beyond their national currencies.

The idealised view of trading is that it provides a quick way to get rich, but in reality, successful traders put in a great deal of hard work – anyone who thinks playing the market is easy will likely receive a nasty surprise. World Finance spoke to Giles Coghlan, Chief Currency Analyst at the multi-regulated forex (FX) and contract for difference (CFD) provider HYCM, to learn more about the trading strategies that may be worth considering and how the market is likely to change in the year ahead.

How has the market changed since you started trading, and how have traders adapted?
The market is constantly changing. The dotcom bubble burst in the late 1990s and was shortly followed by the global financial crisis of 2008, which led many institutional investors to search for alpha – the active return delivered by an investment – in places other than conventional assets. FX gradually came to the fore as an asset class in its own right when a lack of excess returns elsewhere forced people to start focusing on the currency aspect of whatever transactions they were making. This also partly led to the explosion in retail FX.

By 2013, US stock markets, saturated with newly printed money, were testing their pre-crisis highs. What we’ve seen since is an unprecedented stock market rally that has taken the focus away from FX and, indeed, many other asset classes. It has forced brokers who only offer currency pairs to expand into stocks, indices and more. For our part at HYCM, we’ve tried to remain ahead of the curve and offer our clients exposure to as wide a variety of markets as possible. All this cheap money has, in many ways, made it almost impossible to trade against the trend – hence the FAANG (Facebook, Apple, Amazon, Netflix and Google) phenomenon and the craze for passive investing.

Do the same trading styles and strategies continue to work today?
The steps we collectively took to avoid a catastrophic financial collapse in the aftermath of 2008 have distorted the way markets work. Existing trading styles and strategies remain valid but are perhaps not as applicable – depending on the market you’re trading, of course. One of the most prevalent trends, especially in the US, has been the focus on passive rather than active investing. In other words, passively allocating capital to index funds and exchange-traded funds in place of actively trading individual stocks.

Active investors have been underperforming passive investors for a while now, and some analysts have even calculated that the stock of passive funds is now on par – if not larger – than the stock of active funds (see Fig 1). This is a massive shift and has led to an explosion of wealth management apps across the retail space, providing Millennial investors with access to funds that are ordinarily reserved for accredited investors. Today, Millennials can round up their card purchases or set aside a percentage of their income per month to allocate to their chosen sectors. Of course, by investing in this manner, they’re the very last to the party – they go through more intermediaries and receive worse fills than others higher up the food chain. But the appeal is that they don’t have to think about it – they just trust in the tech.

This trend of ‘set it and forget it’ may work well in a world of low volatility, where stock markets continue to slowly tick upwards, but it is entirely dependent on things carrying on as they are. Many seasoned traders have taken heavy losses trying to sell a top that never seems to come or shorting a zombie company that could only possibly exist in a world of record-low interest rates. Should the music stop in the coming years, I think we’re going to see massive changes to what works and what doesn’t. Hopefully, this will mean a return to active investing, true price discovery and people investing time and energy into the craft of trading.

One strategy that will always work well is reducing risk. Of course, risk comes with any trade. CFDs, for example, come with a high risk of losing money rapidly due to leverage. In fact, 67 percent of retail investor accounts lose money when trading CFDs with HYCM. All investors should consider whether they understand how CFDs work and whether they can afford to take the high risk of losing money. Education and risk management will always be among the best trading strategies. How has the invention and popularisation of cryptocurrencies affected trading?
As far as I can see, cryptocurrencies have given birth to a whole new wave of traders. People are learning how to perform technical and fundamental analysis – things that, a few decades ago, seemed like secret magic arts – and they’re applying them to a completely new asset class. I think cryptocurrency is also providing a sort of release valve on the kinds of central bank excesses that we’ve seen since 2008. The last time we had a crisis, there was no alternative other than gold. Indeed, bitcoin itself was born in the shadow of the last collapse. Next time around, there will be numerous alternatives.

The fact we’re hearing so much about countries actively developing digital currencies leads me to believe that central banks and nation states are finally waking up to just how powerful this technology can be and how great the risk of being left behind is. The question is, are we in the early stages of a complete overhaul to our definition of money, as well as a general reappraisal of who has the right to issue it? It is impossible to know if we are, but it’s interesting to note that, despite a US equity market that refuses to come down, bitcoin was still the best-performing asset of 2019, up 127 percent, according to CoinDesk.

Are technological and regulatory developments affecting the future of retail trading?
The usual technological suspects – smartphones and artificial intelligence – have changed retail trading a great deal. The mobile revolution has made it possible for everyone with a smartphone to be a trader, while the ability that traders now have to formalise their trading rules and create bots to do the work for them is a pretty incredible development. It puts the power back into the hands of the individual. At HYCM, we have always been open to new developments and bringing them on board. Our goal is to offer a variety of tools to suit each style of trader. As far as regulation goes, the retail FX market has done a solid job of creating a regulatory framework that protects investors while also legitimising the space. Recently, we’ve seen a convergence of regulatory practices, particularly across the UK, EU and Australia. This should reduce regulatory arbitrage and increase the credibility of the industry going forward.

What are your expectations for 2020?
We believe that 2020 is shaping up to be a very exciting year. The gold rally we saw in the latter part of 2019 suggests many investors fear that it won’t be business as usual. The cryptocurrency markets also seem to be in the early days of staging a comeback. I think several factors are converging, leading people to search for alternatives.

For one, equity markets are beginning to look as though they’re entering full-on bubble territory, particularly based on what we’ve seen since November. Companies like Apple have added hundreds of billions of dollars to their valuations without anything having fundamentally changed. Geopolitical tensions are also on the rise, and the rhetoric we’re hearing from central bankers and politicians is starting to sound a little like a call for competitive devaluation.

Something has to give, but we’re just not sure what that will be. If I were to venture a guess, I think we’ll see a return to volatility in the coming year as the global economy struggles to cope with spiralling debt and abnormally low interest rates. What this eventually leads to is entirely up in the air at the moment, but I think that safe-haven assets will continue to do well until then.

How do you see the retail trading industry shaping up in the next five to 10 years?
I think the retail trading industry is only likely to grow. A couple of decades ago, we saw the phenomenon of retail FX trading becoming so widespread in Japan that retail traders were moving international currency markets. Incidentally, this was also a by-product of low interest rates in the country, which forced savvy retail investors to search elsewhere for yields.

A generation later, we saw the cryptocurrency phenomenon being a primarily retail affair. Retail traders understood what cryptocurrency was and why it was so revolutionary far in advance of the institutional community. Retail traders are no longer unimportant, low-hanging fruit to be disregarded and overlooked; in many ways, they are driving the future of markets. Also, with Millennials – the largest generation in history – entering their prime spending years, retail trading will continue to be a booming industry for many years to come. What form it takes remains to be seen.