The digital divide: why the skills gap must be addressed to tackle inequality

With rapid advancements in technology linked to polarised job markets and a steady rise in inequality, Kim Darrah asks: is technology turning against us? 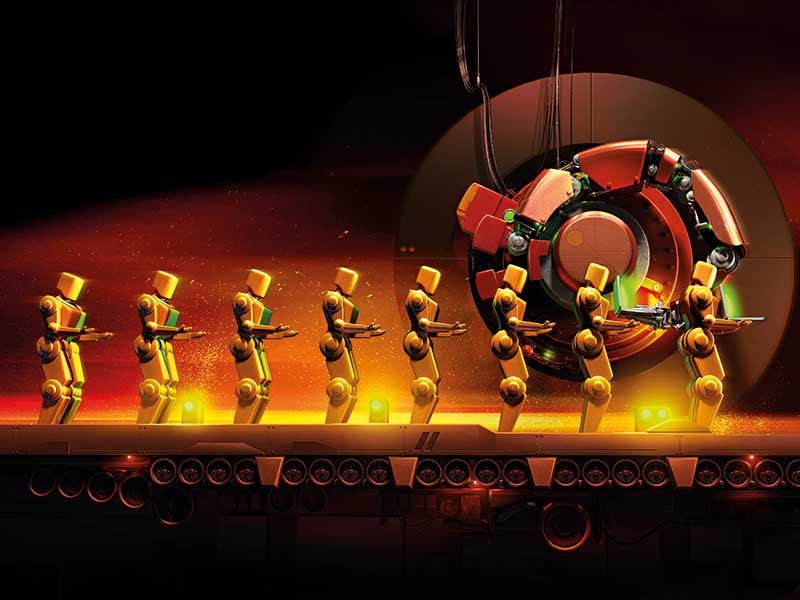 In 1821, the eminent political economist David Ricardo remarked: “The substitution of machinery for human labour is often very injurious to the interests of the class of labourers… [it] may render the population redundant and deteriorate the condition of the labourer.” Little over a century later, John Maynard Keynes identified a similar predicament: “Technological unemployment… [is an issue born of] our discovery of means of economising the use of labour outrunning the pace at which we can find new uses of labour.”

Fast-forward another century and you will find yourself in the present day, where once again anxieties regarding automation have captured the world’s attention. ‘Digital refugees’ were a hot topic among leaders at this year’s World Economic Forum, as discussions centred on the role of technological advancements in rising inequality, the deterioration of social cohesion, and the encroaching wave of populism. Meanwhile, many predict the coming ‘fourth industrial revolution’ will have serious implications for job market stability, with one study from the University of Oxford estimating 47 percent of US employment faces a “high risk” of automation in the next 20 years.

The flipside of these fears are the dramatically high returns available to the small elite capable of capturing the rewards of such disruptive technology. The winner-takes-all effect has been aptly characterised by economist Sherwin Rosen, who dubbed it the “economics of superstars”.

Troublesome tech
Recent research published by the IMF in April’s World Economic Outlook report attempted to get to grips with the role technological advancement is playing in reordering our societies. The authors of the research, Mai Dao, Mitali Das, Zsoka Koczan and Weicheng Lian, noted the labour share of national income in advanced economies had been whittled away since the 1980s. In fact, the labour share of income is now four percent lower than in 1970.

Modern skills are in high demand, and those with
them are able to demand a huge premium, while workers incapable of keeping up with technological advancements are left behind

Such a shift indicates the gains from increased productivity are flowing predominantly to the owners of capital – those already positioned towards the upper echelons of the income spectrum. This, however, is not the only troubling trend. As workers continue to lose out overall, labour markets are becoming increasingly polarised, with wages clustered around extremes. Together, these developments provide the backstory for the dramatic increase in inequality across the majority of advanced economies in the same period.

The report labelled technology the predominant driver of these trends, with the rise of global integration also an important factor – albeit half as important as technology. While the two forces are intertwined, this verdict certainly points to the ugly side of technological advancement.

Speaking to World Finance, Dao and Das said: “We were not surprised to find that technology explains about half of the downward trend in labour shares in the US, as the literature has already established this. But we were surprised at how broad-based this result was for other advanced economies, where this question has not been analysed systematically.

“This common pattern further suggests that technology is a global force affecting labour markets similarly across the industrialised world.”

Digital refugees
Rather than being a consistent trend across all sectors, the report found the blow to labour incomes was linked to the combination of two key factors: technological advancement and routinisation. The report identified technological advancement as anything reducing the cost of the employer’s investment and incentivising firms to replace workers with machines, robots or computers. Routinisation, meanwhile, measured the extent to which tasks in a specific sector or country were repetitive and prone to automation. Countries or sectors with the highest share of occupations easily susceptible to both of these factors were deemed the most vulnerable.

Dao and Das noted: “Generally speaking, countries such as Germany, which had a relatively large manufacturing sector, were more susceptible to routine-based technology displacing workers in manufacturing industries than a typical emerging market or developing country, where agriculture and services are still dominant sectors of production.”

According to the report, these same technological forces are driving the polarisation of labour markets, an effect characterised as the ‘hollowing out’ of the middle class. This phenomenon is explained by technological changes eliminating the need for middle-skilled, repetitive tasks, forcing those in the middle-skill bracket to either accept lower wages or find a way to reskill. As a result, labour markets have been profoundly shaken up; developing a greater demand at both the higher and lower ends of the market.

In support of this hypothesis, the report found that middle-skill workers have borne the brunt of the decrease in income shares, while low and highly skilled workers have experienced relatively nominal effects. Furthermore, those sectors most exposed to routine-based technological progress witnessed a more pronounced decline in middle-skilled labour.

Speaking to World Finance, James Bessen, author of Learning by Doing: The Real Connection between Innovation, Wages, and Wealth, underscored that, rather than destroying jobs, technology is redefining them. In fact, Bessen asserted jobs affected by computer technology have often witnessed growing levels of employment.

An illustrative example of this is the graphic design industry, which once consisted largely of the repetitive task of typography. As new software and computers replaced many of the more routine jobs, the number of graphic designers grew, with lower costs driving demand. Bessen explained: “[As] the routine work is being taken over by machines, the more creative and cognitive work is moving to humans.”

The hollowing out effect, therefore, transpires when people struggle to learn the skills accompanying these new roles. Such a struggle has caused a skills gap to emerge, one which means employers are finding it increasingly difficult to hire people with the relevant skills to work with new technologies. As a result, modern skills are in high demand, and those with them are able to demand a huge premium, while workers incapable of keeping up with technological advancements are left behind.

Lifelong learning
As is clear from historical comments by economists such as Keynes and Ricardo, the threat of automation is nothing new; technology has profoundly disrupted labour markets since the onset of the Industrial Revolution. “For some countries where historical data exists, such as England, we do observe similarly pervasive declines in the past, particularly in the aftermath of the Industrial Revolution in the 19th century”, said Dao and Das.

Indeed, when Ricardo wrote of the deteriorating “condition of the labourer”, the UK was in the midst of the first Industrial Revolution, a period that triggered profound disruptions to labour markets and held striking parallels to the plight seen today. “The average wage was stagnant for decades [after the Industrial Revolution]”, Bessen revealed. “Skilled workers fared well, but the average worker didn’t. It took a long time before the benefits of the technology were shared by the average worker.” In fact, it was only after training institutions, business models and labour markets fostered the necessary skills that the average wages of ordinary workers began to rise.

Dramatic advancements in technology are far from over, with artificial-intelligence-based technologies holding the potential to displace innumerable workers and drive the skills gap wider still

In today’s setting, while the technology itself may have changed beyond all recognition, the problem remains familiar. Bessen said: “I think essentially we are seeing a similar thing today. Different reasons – at a different pace or scale, maybe – but a similar problem.”

Worryingly, dramatic advancements in technology are far from over, with artificial-intelligence-based technologies holding the potential to displace innumerable workers and drive the skills gap wider still.

Crucially, to prevent technological advancements from driving inequalities, the skills gap must be addressed. As with the industrial revolutions of the 19th century, this can only be resolved by finding new ways of fostering skills. Learning to adapt to technology and supporting those who become so-called digital refugees will become a constant necessity. “I think that we are going to see a prolonged period where clearly the nature of education is changing… It has already become much more of a story of lifelong learning”, Bessen said.

As such, it seems we will be unable to escape the modern world’s continual call for new and more bespoke skills. Instead, for society to continue to function, we must perpetually adapt, learning to reinvent our skill set as and when the market demands.