The future of currency: centralised or decentralised?

There is hardly anyone left who overlooked the bitcoin bull market, with BTC pushing to new all-time highs this year. Blockchain, it seems, is here to stay. The way legacy institutions and governments react will determine the future of finance. OctaFX wonders if peaceful coexistence might be an option? 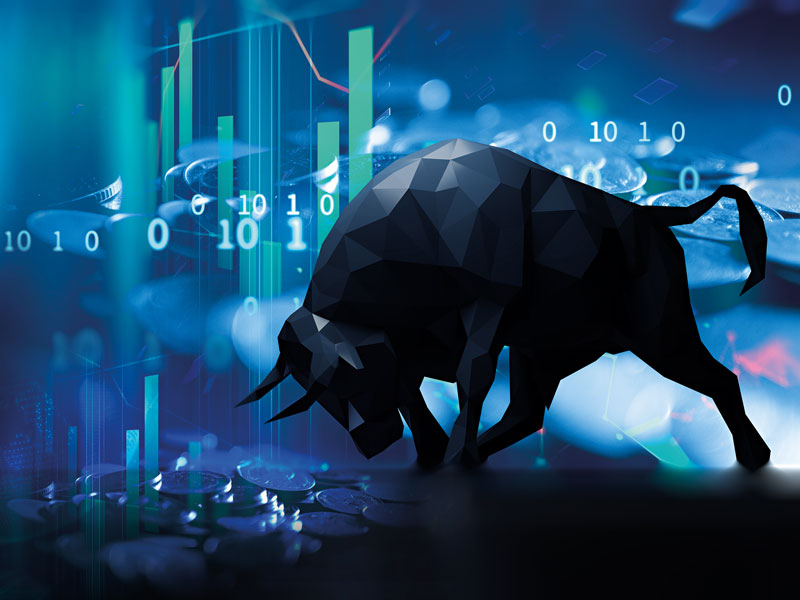 As the second strongest economy globally, China has also publicly been one of the most adamant in striking down cryptocurrency. However, most bitcoin block miners reside and toil on Chinese territory. In April 2021, the deputy governor of the People’s Bank of China (PBOC), Li Bo, officially termed bitcoin an ‘investment alternative.’ This breakthrough came amid a significant pullback of bitcoin and the entire crypto market. The Chinese admission nonetheless parallels the development of a centralised ‘digital yuan,’ hinting at Beijing’s more pragmatic multi-faceted approach.

The US and bitcoin
At times, a clear separating line runs between the public and the private sector in assessing the impact that bitcoin has had on the US. The latter is on an adoption rampage of sorts: Corporate America is slowly but undoubtedly putting its seal of approval on bitcoin as a long-term credible investment asset. Elon Musk’s Tesla is just one prominent example. More importantly, keep in mind that even Goldman Sachs, which until very recently held bitcoin in low regard publicly and showed distaste for the opinion that cryptocurrency would be a powerful investment asset, repented. The influential multinational investment bank, having close ties to the most powerful governments in the world, announced in March 2021 a ‘full-spectrum’ cryptocurrency investment offer, including bitcoin, for its private clients. All the while, the narrative from US state bodies suggests a different approach.

By her admission, US Treasury Secretary Janet Yellen is eager to crush the influence of cryptocurrencies by pushing International Monetary Fund (IMF) capacities further, which many financial experts consider being the future issuer of a new worldwide digital currency – centralised, of course. In the same month, the current Federal Reserve Chairman, Jerome Powell, stated to Congress that the FED is ‘looking carefully’ at issuing a ‘digital dollar,’ describing it as ‘a high priority project for us.’ It would seem akin to the high stakes his Chinese counterparts put into their digital yuan. The recent publication by multinational investment bank Citi, ‘Bitcoin: At the Tipping Point,’ contains a crucial afterthought: according to their analysis, bitcoin could very well turn into the currency of choice for international trade within just a few years.

Green deal sentiments
At times, bitcoin, flirting with $1trn market value, continues to be a genuine concern for central bankers globally, leading policymakers, like Yellen, to press the ‘green argument’ of ‘sustainability’ to attack bitcoin and its kind, saying it is ‘an extremely inefficient way to conduct transactions,’ since ‘the amount of energy consumed in processing those transactions is staggering.’

Yellen and her counterparts in other major countries are more than interested in transitioning from cash to digital tokens, though. This process will undoubtedly make use of the framework of the coming ‘Fourth Industrial Revolution’ as laid down by the influential World Economic Forum’s founder, Klaus Schwab, in his publications. The scepticism towards decentralised blockchain technology will not fade away anytime soon since complete and centralised control of new financial technologies by governments and central banks remains the main objective. Nevertheless, this publicly expressed hostility may be weaker than it appears.

Behind closed doors, the sentiment is much more composed and collaborative. The best illustration is to look at the blockchain partners of the World Economic Forum itself: Elastos, Stellar, Algorand and Ripple – all future candidates to shape the financial technologies to come.

Geopolitical considerations
April 2021 had an interesting turn of sentiments when Peter Thiel (co-founder of PayPal with Elon Musk, Palantir Technologies) gave a political warning regarding bitcoin ‘as a Chinese financial weapon against the US,’ further contributing to a heightened sense of urgency. Thiel usually presents himself as a bitcoin maximalist and prime angel investor on the crypto market. So if a venture capitalist of Thiel’s proportions puts out such explicit political alerts, the public should anticipate a culmination between Washington and Beijing in this crucial ‘arms race’ sometime soon.
A month before, Yellen announced to the international forum G20 that the US would support a new issuance of the IMF’s international reserve asset, known as the ‘Special Drawing Right’ (SDR). Ten years ago, the IMF went public with their serious contemplations of replacing the current world reserve currency (the US dollar) with the SDR. Who are the new kids on the blockchain?
Decentralised finance (DeFi) and smart contract platforms on blockchain networks have many runner-ups: Ethereum is the most used network and the first of its kind. Incepted in 2015, it garners the highest daily transaction rate, now hovering above 1.5 million – even beating bitcoin’s current average of 200,000–300,000 a day. Lack of scalability and high transaction costs give Ethereum competitors a chance to contribute and capture some market share. Polkadot, Cardano, Cosmos, Harmony and a few others have the most significant potential to solve these issues.

Stablecoins are the bridges between the classical and the crypto-financial networks – USD Tether being the most prominent, with the highest market cap. A definitive stablecoin has yet to emerge since projects like Terra, xDai, and the USDC (widely used on the Coinbase exchange and the Ethereum blockchain as a whole) are still on the rise. Their use case is self-explanatory: digital coins, stably pegged to the US dollar but active on blockchain networks. Even Peter Thiel heavily invested in an anti-inflation crypto project called Reserve Protocol, which is already active with its stablecoin (RSV) in Latin America, gaining adoption and traction swiftly.

Blockchain technologies aiming high
The marketing slogan of ‘helping the masses of unbanked people’ in Africa, Asia, and South America is prevalent in the DeFi crypto sphere – for instance, some of the projects listed above and Celsius Network. It garners significant trust in these populations – and the West, to be frank – over classical banking institutions.

On April 14, 2021, Coinbase, as the most prevalent cryptocurrency exchange, was directly listed on the Nasdaq exchange. This move signifies even more convergence of both domains and implies a rising future influx of retail investors into crypto assets.

Long-awaited alchemy
No other asset in history could level or come near the resilient and durable use case of gold. Although much debate rages over whether bitcoin deserves the title of ‘digital gold’ just yet, the chart from 2009 until now (see Fig.1) is a clear indication of a monumental uptrend. But is bitcoin beating gold in market capitalisation anytime soon? Ex-hedge fund billionaire Michael Novogratz says yes, as he spelt it out at the end of March on CNBC, “bitcoin is on an inevitable path to have the same market cap and then a higher market cap as gold.” Right now, the prime cryptocurrency’s market cap fluctuates around the $1trn mark – that’s one-tenth of gold. Historically, governments have had their fair share of administrative problems with gold, implementing extreme measures.

The most notable was Franklin D. Roosevelt’s US administration seizing all gold through Executive Order 6102, obliging US citizens to sell all of their precious metal at what was far below market rates. Soon after, the strategically placed Gold Reserve Act 1934 imposed a new official gold rate that was much higher. Ownership of it continued to be illegal in the US until the 1970s. In 1959 the Australian government followed suit with a similar law, which granted them authority to seize gold from their citizens. One of the official justifications was the protection of ‘the public credit of the Commonwealth’ and ‘the currency.’ In the following decade, the UK administration highly restricted gold ownership and barred private gold import into the country entirely.

This historical precedence with gold should yield caution regarding bitcoin’s mid-term fate with governments. How the governments’ actual banning, restricting, or confiscation of bitcoin could be implemented technologically is not clearly outlined.

A win-win for Forex
Regardless of the transition’s nature into this advanced future financial order, Forex brokers need to adapt to this new vibrant dichotomy. If they want to stay innovative, competitive, and relevant in the long term, that is. On the one hand, offering the most potent and powerful cryptocurrencies represents a progressive attitude towards decentralisation, which the crypto sphere offers. That means the broker always keeps doors open for new demographics. On the other hand, it’s crucial to stay with legacy currencies. Their centralised successors, which the IMF, FED and others already plan to launch as digital counterparts to their crypto challengers, should not be disregarded.

The worldwide financial system is ripe for significant paradigm shifts, which will probably ignite even greater competition between centralised and decentralised systems and their services. But Forex brokers, like OctaFX, are already taking on the innovative duty of being open to both systems, offering assets from both worlds, and are likely to capitalise on new opportunities to upgrade and revolutionise their financial services. There is simply no reason for Forex brokers to engage in an unnecessarily false dichotomy of choosing one system over the other. They can keep on offering the best of both worlds, building long-term trading relationships with their growing client base – with the best of conditions.