One of the world’s most notorious activist investors, Carl Icahn, has been stirring up trouble among some of Silicon Valley’s biggest companies in recent years 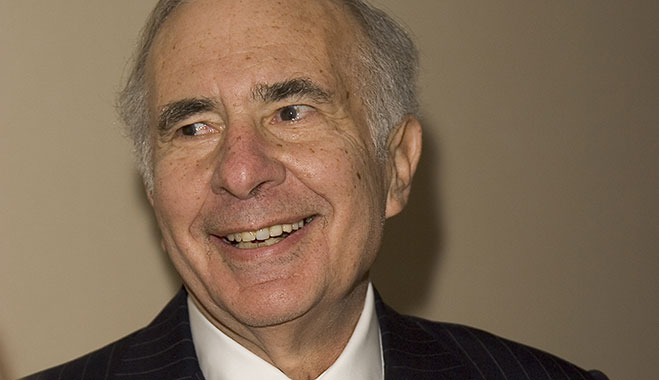 Shareholders telling management how to run their companies has always been a contentious issue, with battle lines often drawn between those who think firms should be run for their own success and those that say the ultimate beneficiaries of a business should be its financiers.

Allowing management to get on with the strategy they deem is best for the company is often at odds with what shareholders might want. One particular case that highlighted this problem was seen in recent years, when Apple – a firm famous for never paying dividends to its shareholders – came up against notorious investor Carl Icahn.

Apple has for years been sitting on a colossal pot of cash that it occasionally dips into for strategic acquisitions. However Icahn, one of the firm’s largest shareholders, has repeatedly called for the company to buy back as much as $50bn worth of shares.

Disagreements over the issue carried on for over a year, until February, when Icahn conceded defeat. He has since switched his attention to another of Silicon Valley’s biggest companies, (see Fig. 1) eBay, but this is certainly not the first time that Icahn has been in the news for disrupting the way a company he has a stake in operates.

Corporate raider
Born in 1936, Carl Celian Icahn was raised in New York by his opera singing father and schoolteacher mother. Graduating from Princeton with a degree in philosophy, Icahn would briefly study medicine before joining the army.

In 1961 he would start a career as a stockbroker on Wall Street, which would lead to him founding his own firm, Icahn & Co, seven years later. By the late 1970s, having amassed considerable wealth, he would begin taking large positions in a diverse range of companies, including Texaco, Western Union, Viacom, Marvel Comics, Blockbuster, Time Warner and Motorola.

His reputation soon became that of a ‘corporate raider’, and he was particularly criticised for his hostile takeover of Trans World Airlines (TWA) in 1985. The TWA deal would see him sell off many of the company’s assets in order to fund the acquisition, leading to accusations of asset stripping, and the firm was ultimately taken private in 1988 in a deal that saw him personally profit by $469m.

Around the same time, Icahn would launch an ambitious attempt to buy US Steel for $7bn, although this would be rejected by the shareholders.

Icahn’s successful navigation of the stock markets, and his eye for an opportunity, has led to him amassing a fortune of $24.5bn, making him one of America’s richest men. His forays into the markets over the last decade, most notably in technology firms, have made him a notorious – and controversial figure once again.

After the failure to persuade Apple to issue a share buyback, Icahn quickly turned his attentions to eBay. He has frequently been in the press, telling anyone that will listen that the management of eBay is not doing a good enough job, has conflicts of interests, and that he wants a greater look at how they are operating.

The main area of contention for him has been the company’s sale of video conferencing service Skype in 2009 to an investor group that included a venture capital firm owned by eBay board member Marc Andreessen.

Campaigning against conflicts of interest
Skype was sold to a group of investors, which include venture capital firm Andreessen Horowitz, for $2.75bn. Two years later, Microsoft would acquire the firm for the sum of $8.5bn, representing a huge profit for Andreessen. Icahn believes that Andreessen got an advantageous deal because of his role at eBay, but the company dismissed it.

His issue with the deal appears to be that it was conducted behind closed doors between board members, and that eBay’s other shareholders lost out on what ultimately amounted to billions of dollars.

Silicon Valley is a pretty incestuous industry, with many senior executives sitting on numerous company boards, sometimes leading to accusations of a conflict of interest. Many point towards former Apple board member and Google Chairman Eric Schmidt, who some felt passed on many Apple ideas to his main employer. Icahn feels that some at eBay, especially Intuit founder and board member Scott Cook, have a conflict of interest.

Silicon Valley is a pretty incestuous industry, with many senior executives sitting on numerous company boards, sometimes leading to accusations of a conflict
of interest

According to Icahn, Intuit and eBay are competitors; particularly in terms of eBay’s Paypal payment system and Intuit’s Swiper pay facility. Icahn has since called for eBay to spin off of Paypal, which was rejected by the board. He has since demanded that the company conducts an IPO of Paypal, offering 20 percent of it to public investors. Icahn was particularly scathing of eBay’s management in a letter to investors in March.

“While the board and its advisors may try to use tricks and technicalities to keep documentary evidence of malfeasance out of the hands of stockholders, I believe that ultimately truth will win out. It may not be in time for this year’s annual meeting and it may even take years, but I believe that we will ultimately be successful in forcing eBay to come clean with its stockholders and disclose publicly all documents relating to the Skype affair, only some of the sordid details of which we recently exposed.

“And when that day comes, I believe that eBay, CEO John Donahoe, director Marc Andreessen and Chairman and founder Pierre Omidyar will be forced to recant their statements that my claims were ‘false and misleading.’”

eBay shot back, however, that Icahn’s demands for information on the Skype deal were unwarranted and they would refuse to cooperate, unless he agreed to sign a confidentiality agreement.

“We don’t believe he is legally entitled to what he has asked for. But we told him that we will give him relevant documents if he sings and customary and standard confidentiality agreement. We have not heard back from him. Relevant facts about the Skype transaction are publicly available on our website for everyone to see.”

The CEO of eBay John Donahoe argued in an interview in early March that the accusations were unfounded. “I think what every company wants to do is build a board with relevant experience and expertise and diverse experience that can add value to the company. “Inevitably, in a fast-moving technology world – and even outside of technology – there are going to be conflicts. Potential conflicts.

“And that’s particularly true with people who do investments as a full-time living because they’re investing in multiple things. So a private equity person is sitting on a board, a venture capitalist or any other hedge fund person. And it’s standard practice. The reason why they’re on the board is because they have such good exposure.”

Out with the old?
Icahn, however, continued to point out the failings of eBay’s management structure, and how he wanted them all to be replaced. “The Skype debacle represents in my mind a complete and utter breakdown in the system of checks and balances that a properly functioning board should provide and proves to me that new blood is need in the boardroom immediately.”

According to Donahue, eBay take any potential conflicts of interest among board members very seriously, and ensure that regulators are aware of any such issues.

The ins and outs of the affair show what impact an activist investor can have on a company. While Icahn has mostly failed with both his campaigns against the management decisions of both Apple and eBay, he has made both boards answer some serious questions about conflicts of interest and their attitudes towards shareholders.

In the case of Apple, Icahn was largely unsuccessful, although it has begun moderate share buybacks of a few billion dollars, spreading some wealth among its shareholders. It also spent around $100bn last year on dividends for its shareholders, although that is seen as a one off. With eBay, he has shone a light on the company’s board and how it has operated over the years.

The technology sector, in particular, is one that has seen a great deal of collaboration between certain individuals in a relatively close-knit community. Ensuring that boards are transparent about the way they operate is surely a good thing, even if the motives of Icahn were largely for his own personal gain.