Beyond corporate profits and towards new model capitalism 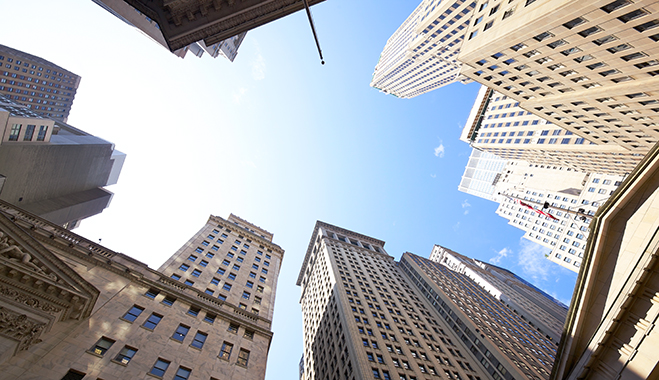 High-rise buildings on Wall Street, New York City. Studies suggest that the majority of people believe big businesses value profit above all else, even if they themselves claim otherwise
Investor Relations | Strategy

“Today is an historic day,” reads the opening line of a public letter penned by B Lab to celebrate Delaware’s decision last year to enact benefit corporation status. “Until recently, corporate law has not recognised the legitimacy of any corporate purpose other than maximising profits. That old conception of the role of business in society is at best limiting, and at worst destructive.”

On signing the law into being, the east coast state joined the company of 18 others and, as home to the vast majority of America’s venture-backed businesses, 50 percent of its publically traded companies, and 320 of the Fortune 500, marked a major milestone for the benefit corporation movement.

Put simply, benefit corporation status represents a new legal structure whereby participating firms are legally obliged to consider social and environmental concerns on an equal footing to financial gains. Under the Benefit Corporation Law (BCL), those at the company’s helm must explicitly outline, among other things, a commitment to “general public benefit,” otherwise defined as “a material positive impact on society and the environment, taken as a whole.”

Renewed focus on responsibility
The movement comes, quite unsurprisingly, off the back of a sharpened focus on matters of corporate social responsibility (CSR), as well as increasing consumer concern about social and environmental affairs. And while the idea of a socially responsible enterprise is by no means a recent one, what is new is a concentrated effort on the part of third parties such as B Lab to instigate a legislative framework through which responsible businesses can be held to account.

The concept of CSR first gathered momentum at the turn of the 21st century, and picked up pace again once the financial crisis broke and corporate malpractice was discovered to have underscored the crash. The Edelman Trust Barometer 2014 (see Fig 1), which surveyed 33,000 people in 27 markets, found that the percentage of respondents who trusted businesses “a great deal” came in at just 10 percent, representing a seven percent drop on the year previous.

What’s more, just over half of the respondents – 56 percent – trusted that businesses would do the right thing in their day-to-day operations, which is again indicative of a severe lack of trust between company and consumer.

The perception that firms – financial or otherwise – chase profits irrespective of the consequences is one that many enterprises have taken major steps to shake off, and as a result, no self-respecting company today would dare deny their commitment to CSR for fear of a consumer backlash. A recent KPMG report serves to illustrate this point, finding that as many as 93 percent of the world’s biggest 250 companies publish corporate responsibility reports on an annual basis (see Fig. 2).

However, illegitimate claims of social responsibility have resulted in an incredibly confusing marketplace for consumers, and as a result many remain unconvinced by what appear to be overly ambitious CSR initiatives. The circumstances above all else have made for a contradictory state of affairs, in which customers are happy to pay more for socially responsible goods and services, but are also increasingly mistrustful of the companies who claim to offer them.

One GreenBiz Group report released in January and entitled 2014 State of Green Business found that while the number of green initiatives has risen, companies have been unable or unwilling to make good on their promise of growth, which demonstrates the importance of putting a legal framework in place in order to shape CSR initiatives and hold companies to account.

This dilemma represents perhaps the most important aspect of benefit corporation status, in that the legal certification establishes a yardstick by which consumers can gauge a company’s legitimate commitment to corporate social responsibility.

Benefit corporation criticism
In order to qualify for benefit corporation status, the party in question need only state an explicit social or environmental-based mission, and enter into a vague contract ruling that they take into account environmental and social causes alongside worker and shareholder interests. In addition, the company must also produce a social responsibility report, to be verified by an independent party, and publish it alongside their financial results. The process is a relatively simple one and requires very little in the way of compliance, which can be seen as either a positive or negative point.

The relative ease by which a company can arrive at benefit corporation status has provoked a great deal of criticism from some, who claim the laws lack teeth and cannot enforce social or environmental gains ahead of profits whatsoever. After all, in accordance with the laws that be, shareholders can justifiably sue corporate boards for failing to maximise profits.

A perfect example of the system’s shortfalls can be seen in the case of the 2001 takeover of Ben and Jerry’s, when the ice cream company rejected a generous Unilever bid in favour of a lesser party who promised to uphold the firm’s socially responsible values. Ultimately, Unilever sued the Burlington-based company for failing to uphold their legal obligation to maximise shareholder profits, and from thereon effectively forced the corporate takeover.

Herein lies the fundamental failing: the power ultimately lies with the shareholders, who, by-and-large, are concerned with financial gains ahead of environmental and social initiatives. And although benefit corporation laws are intended to protect against these sorts of circumstances, the law lacks the power to enforce anything otherwise.

Regardless of whether there is a written commitment to non-financial affairs, shareholders still hold the power to remove directors if they see fit, which means that any decisions contrary to financial gains, although plausible in theory, are entirely unenforceable without shareholder support.

B Corps are better
In an effort to address some of the wider issues at hand, there does exist a second and stricter certification for socially responsible corporations entitled B Corp certification. Although the terms ‘benefit corporation’ and ‘B Corp’ are often used interchangeably, there are in fact fundamental differences between the two, the majority of which pertain to enforcement and oversight.

Number of certified B Corporations

As of today, there are over 950 so-called B Corps from 32 countries and 60 industries, all working towards shifting the focus from shareholders to stakeholders.

“By voluntarily meeting higher standards of transparency, accountability and performance, certified B Corps are distinguishing themselves in a cluttered marketplace by offering a positive vision of a better way to do business,” writes B Lab, the organisation responsible for certifying B Corp status.

“B Corps create higher quality jobs and improve the quality of life in our communities. And as the movement grows, it has become an increasingly powerful agent of change. We are passing laws. We are driving capital.”

In opposition to the vague promises required of benefit corporations, B Corps must comply with an altogether more rigorous ‘impact assessment’ in order to qualify. The B Lab-sponsored impact assessment takes into account a broad array of criteria, including the percentage of female employees, financial transparency, energy efficiency, and overseas facilities.

Once the assessment is completed, B Lab awards the company with a rating out of 200, with anything over 80 deemed eligible for B Corp status.

While the certification is subject to many of the same problems, the fact that the checks are more rigorous and the standards much higher means that B Corp certified companies by-and-large demonstrate a greater commitment to public good.

Stakeholder-led capitalism
A concerted effort to develop a new for-profit business structure and mentality has not been the only result of changing consumer confidence, but represents a broader shift away from short-terminism and onto sustainable growth. Benefit corporations are not simply responding to consumers, but recognising that they do in fact owe a certain responsibility to the communities in which they operate.

The mistrust born of the financial crisis and a newfound willingness on the part of consumers to pay a premium for responsible products and services is emerging as a huge market opportunity. And although benefit corporations are without the tax breaks offered to non-profit organisations, they do boast a certain appeal for the rapidly expanding aspirational consumer class – which constitutes some 2.5 billion people across the globe.

In addition to the opportunities to be had in terms of sales, studies also suggest that employees are far more willing to consider working for a company whose ethics they feel align with theirs. What’s more, researchers at the University of California found that 88.3 percent of MBA students would take a pay cut to work for a firm they felt had ethical business practices.

Although benefit corporation status and B Corp certification both fall short of enforcing sustainable and environmental gains over financial performance, the two should be seen as a sign of changing business dynamics. Whereas in the past, corporates were required only to maximise profits and please shareholders, the focus today has extended to stakeholders and encompasses all manner of environmental and societal goals.

Revolution Foods
Overall B Score: 117
Founded in 2006, Revolution Foods provides healthy school meals to over 1,000 US school programmes, which equates to one million meals every week – two-thirds of which are offered to those from low-income households. The company is driven by a desire to combat the obesity epidemic sweeping the US, and does so by offering healthy, nutritious meals, along with education programmes and encouragement to those affected. What’s more, employees receive paid time off to volunteer and over 50 percent of suppliers are either independent or local.

Better World Books
Overall B Score: 113
The company’s triple bottom line business model means that social consciousness is not merely an add-on component, but a go-to stance in all of its dealings. A certified B Corp since 2008, Better World Books has so far distributed in excess of $11m to literacy initiatives, donated over six million books to those in need, and reused or recycled over 70 million books. The company does not conform to the belief that socially responsible business isn’t profitable, and it demonstrated 33 percent growth during the recent global downturn.

Warby Parker was founded by four close friends on the premise that premium prescription eyewear should not cost in excess of $300. What’s most distinctive about the company’s social contributions is its one-for-one give back programme, which offers a pair of glasses to someone in need for every pair sold. Warby Parker pays the living wage to 100 percent of its staff and offers every one of its full-time employees an annual bonus.

Patagonia
Overall B Score: 107
A certified B Corp since December 2011, the outdoor clothing company was also one of the first in California to adopt benefit corporation status when in came on board at the beginning of 2012. What’s more, the company’s board consists of independent community and environmental representatives, and more than 40 percent of the management is female. Social and environmental consciousness permeates all things Patagonia, and the company lends an especial focus to matters of employee activism and responsible sourcing.

Ben and Jerry’s lowest paid worker hourly pay exceeds the living wage by 46 percent, which represents but a fraction of the ice cream company’s commitment to the greater good. The company’s mission is to make the best product they can and be economically sustainable, while at the same time instigating positive social change. All-in-all, Ben and Jerry’s has partaken in over 5,000 hours of community service, and more than five percent of its profits are donated to charitable causes.