How can we restructure business to put people first?

The pace of modern life has stepped up a gear in this technology-fuelled era, making it difficult to remember that life should be a marathon, not a sprint, and we should remember to take time to value the very qualities that make us human 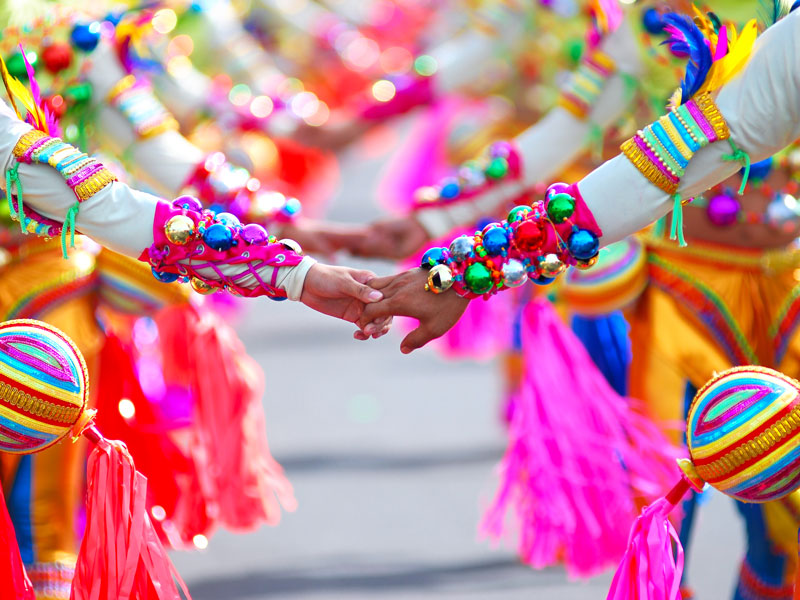 Since its establishment in 1972, the Order of National Artists of the Philippines (Orden ng mga Pambansang Alagad ng Sining ng Pilipinas) has seen two sculptors inducted into its honour roll, Guillermo Tolentino (1890-1976) and Napoleon Abueva (1930-2018).

In 1930, Guillermo Tolentino designed and executed in bronze the country’s most important statue of Andres Bonifacio, the complicated initiator of the Philippine Revolution for independence from Spain. ‘Instead of basing his [project] on printed materials, he interviewed people who participated in the Revolution. Bonifacio’s figure was based on the bone structure of Espiridiona Bonifacio, the national hero’s surviving sister.’

Napoleon Abueva, the “Father of Modern Philippine Sculpture”, worked with ‘all kinds of materials such as wood, adobe, metal, stainless steel, cement, marble, bronze, iron, alabaster, coral and brass.’ Students of the University of the Philippines in Diliman, Quezon City, are familiar with his numerous installations found throughout the campus and have most likely been, consciously or subconsciously, influenced by the sculptor’s aesthetic and philosophy which, when the installations were unveiled in the 1960s, reflected a world of new possibilities.

For over 40,000 years, man has turned to art to capture and express the abstract – his ideas, preconceptions and feelings. In anxious times, people do not wonder too much about the motive behind Edvard Munch’s The Scream (1893-1910) but rather appreciate that it exists to give them an outlet for their own emotions. Munch’s pastels and paintings provide one with a much-needed channel and frequency to partially relieve disquietude and frustration.

Since the Internet’s commercialisation in the mid-1990s, abstraction has exploded. Salim Ismail, the author of Exponential Organizations, and Peter Diamandis and Ray Kurzweil, the founders of Singularity University, summarise this explosion in their 6D framework where Digitisation, Deceptiveness, Disruption, Democratisation, Demonetisation and Dematerialisation spur exponential growth, with special emphasis on Digitisation which is a proxy for abstraction.

That every company committed to commercial viability and sustainability must keep pace with the world’s technology and market leaders in the various elements of Industry 4.0 is a given. Here we are talking about: the pursuit of full digitisation and horizontal & vertical system integration, big data and A.I., the Internet of Things, cybersecurity, the cloud, additive manufacturing, augmented reality, autonomous robots and simulations, lean startup methodologies, and the United Nation’s 17 Sustainable Development Goals, among others.

That we have a plan for nurturing the long-term mental, emotional and physical well-being of people who participate in this race is not.

How much art or its analogues is mankind going to need to absorb in order to offset all this abstraction? As Chief Martin Brody in the 1975 film, Jaws, is so often quoted, ‘we’re going to need a bigger boat.’

Creating art through non-human matter
For a person, specific physical objects, while providing a certain level of utility, more importantly stirs memory and engenders feelings of comfort, relief, security and beauty. I enjoy drinking anything – water, milk, juice – out of some stemless wine glasses that my wife bought for me. Doing so makes me feel generally optimistic and enthusiastic about life. I also still have a bean bag doll that my mother gave me 47 years ago. It reminds me that it is possible, and that it is alright, to love and be loyal to ideas, things and people indefinitely.

In her 2014 book The Life-Changing Magic of Tidying Up, Marie Kondo shares that her approach to home organising is influenced by Japanese Shintoism and an ‘element of animism which believes that every object has a soul … this idea is incorporated in [my] method of expressing gratitude to your belongings for taking care of you’.

Kintsugi, another contribution of Japan to world culture, is the centuries-old method and art of repairing broken pottery pieces, using gold. It is part of the Zen ideals of Wabi-sabi, which centres on the embracing and acceptance of transience and imperfection.

In the Holy Father Pope Francis’ 2015 encyclical Laudato si’, the Vatican’s most comprehensive document to-date on environmentalism, ethics and the Christian faith, he identifies and describes a ‘destructive paradigm that tends to see all of reality as raw material awaiting human use, rather than a living reality, intrinsically valuable in its own right and therefore worthy of our respect … Human beings and material objects no longer extend a friendly hand to one another … the relationship has become confrontational.”

Perhaps one way our company has tried to follow this philosophy is by actively participating in the circular economy and establishing the country’s first and largest motorcar recycling and restoration centre. We repair damaged vehicles that are still structurally safe, but that cannot be economically repaired by the body shops of the domestic car dealers, and sell them to our associates and our clients on an installment basis. The ‘renewed’ units provide some of our enterprise’s stakeholders with much-appreciated mobility at an affordable price.

Creating art through time
In his 4,215-page novel, In Search of Lost Time, Marcel Proust spends 30 pages describing his tossing and turning and difficulty falling asleep.

In 1986, Carlo Petrini founded the international slow food movement. ‘Promoted as an alternative to fast food, it strives to preserve traditional and regional cuisine and encourages farming of plants, seeds and livestock characteristic of the local system. It promotes local small businesses and sustainable foods, and focuses on food quality rather than quantity.’

In 2015, researcher Aoife McLoughlin from James Cook University’s Singapore campus published a study that found that ‘technology is speeding up our brains’ perception of time.’

What is the impact of respecting professional time, in the form of unhurried and intentional conversations with other stakeholders within the enterprise, and being mindful in the performance of one’s work? What are the benefits of respecting personal time to allow one to be fully present with family and friends, as well as to provide one’s mind, body and spirit to rest and be refreshed? What are the adverse effects of treating time like a commodity?

Creating art through people
Quoting Genesis Chapter 4, verses 8 to 9, “Cain said to his brother Abel, ‘Let’s go the fields’. Once there, Cain turned on his brother Abel and killed him. God asked Cain, ‘Where is your brother, Abel?’ He answered, ‘I don’t know; am I my brother’s keeper?’

The 1942 Albert Camus novel The Stranger introduced the world to the character Meursault, a French Algerian shipping clerk whose indifference and alienation triggered incredulity.

The National Geographic’s June 1985 issue gained fame due to its cover, which featured a photograph of a young Afghan refugee, taken by the photographer Steve McCurry.

In 2009, on my first day on the job as an insurance professional, a fellow executive and I drove around the Philippine city of Marikina which was just drying itself out after Metro Manila had been hit by one of the worst floods on record. I saw muddied belongings on the sidewalks, and had initially dismissed them as debris, but upon closer inspection found them to include a wedding dress and family photo albums.

It is our aspiration and vocation to serve each customer and stakeholder authentically and with deep care. To do so, we try to combine industrialised processes with artisanal methods. It is only by getting the right mix of the organic and inorganic that we are able to fulfill our company’s purpose of contributing to ‘Peace of Mind for all Mankind.’ When it comes to taking care of each other – everything is personal to us at our company.

It has become so convenient and sanitary to abstract human lives through modern technology. Is not every human being entitled to aspire and work towards a more decent and dignified life? To be disconnected from the concerns of struggling families throughout the globe is the result of excess abstraction. How do we go about teaching current and future generations to see through each other’s eyes and to truly empathise with the human condition?

We look forward to living in and helping build this new world – where there is a unifying respect for things, time and people, and where there is harmony between the organic and inorganic, the digital and the analog, the perfect and the flawed, the symmetric and imbalanced. It would also be a pleasure to see and be with you on this journey.