Richard Thaler, a pioneer in the behavioural economics field, says he will spend his award money “as irrationally as possible” 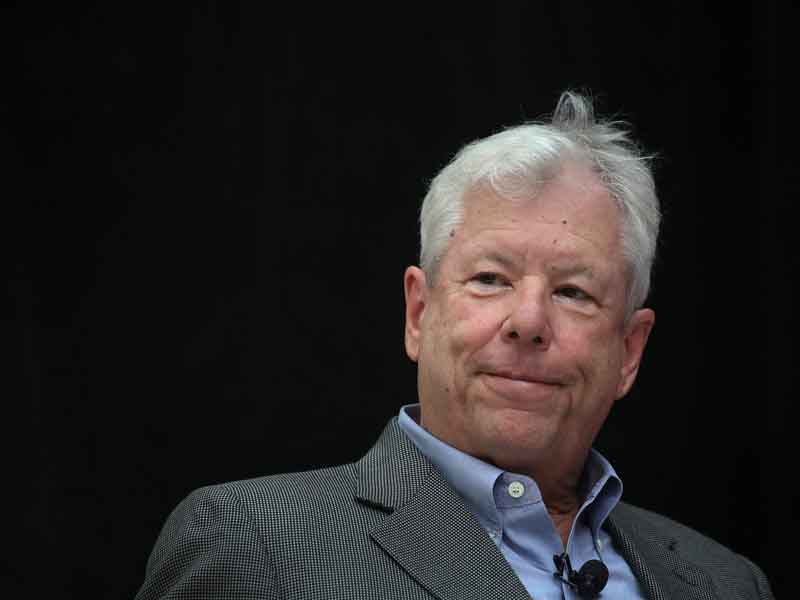 Professor Richard Thaler speaks to guests after being awarded the 2017 Sveriges Riksbank Nobel Prize in Economic Sciences for his research in the field of behavioral economics
Strategy
Author: Kim Darrah

Richard Thaler, the man behind ‘nudge’ economics, has been awarded a Nobel Prize for his contributions to behavioural economics.

Thaler is famous for confronting the economics profession with the idea that humans tend to make irrational decisions.

His contributions to the ‘science of choice’ have made him a central figure in the fast-growing field of behavioural economics, which has gradually been absorbed into wider economic research.

He is the co-author of international bestseller Nudge: Improving Decisions about Health, Wealth, and Happiness, in which he criticises the tendency of economists to assume that people can be understood as purely rational decision-makers, or “homo economicus”.

A passage in the book reads: “If you look at economics textbooks, you will learn that homo economicus can think like Albert Einstein, store as much memory as IBM’s Big Blue, and exercise the willpower of Mahatma Gandhi.”

People rarely approach decisions regarding pension savings rationally. Instead, they often fall into the temptation of sacrificing their long-term wellbeing for short-term gain

Among his many observations is the idea that people rarely approach decisions regarding pension savings rationally. Instead, they often fall into the temptation of sacrificing their long-term wellbeing for short-term gain.

On the same theme, he explores the human tendency to break new years resolutions, maintain unhealthy habits and make non-optimal decisions across a broad range of topics including education, personal finance, healthcare, mortgages, credit cards and even happiness.

In the book, Thaler explains how subtle changes in how choices are presented can have a profound impact on the way we act. For example, people are far more likely to choose to be an organ donor if the question is presented as whether they would like to opt-out, rather than opt-in. Another example is that people are more likely to buy healthy food if vegetables are placed at eye-level on shop shelves.

The topic has been popular among policymakers and politicians as a way of guiding people into making better economic decisions. In 2010, the UK Government set up a ‘nudge unit’, which investigates ways that the government can save money and resources using subtle nudges.

It claims to have saved taxpayers hundreds of millions of pounds to date.

Thaler is to be awarded SEK 9m ($1.11m). Upon being presented with the prize, he proclaimed: “I will try to spend it as irrationally as possible.”