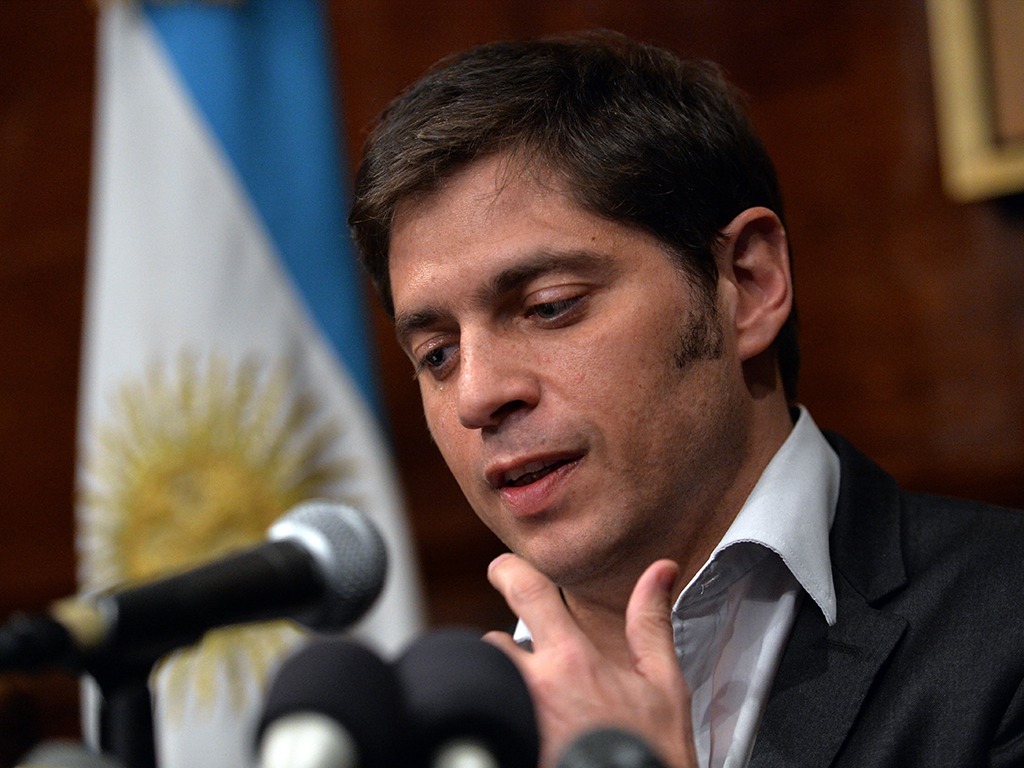 A ministerial delegation from Argentina flew to New York to broker a deal and people took this as a positive sign that both parties were in dialogue. But Argentina told bondholders – led by NML Capital – that they could not afford to pay the $1.3bn sum and accused investors of exploiting their debt problems to make a profit.

Late last night the country’s Economy Minister Axel Kicillof said that bondholders had rejected a $539m interest payment tabled in an attempt to save Argentina from economic meltdown. Some investors had agreed to a restructuring which would involve a 70 percent haircut. NML Capital refused to accept the deal. They were holding out for the full $1.3bn but Axel Kicllof said it was “impossible to pay more.”

“We are not going to sign any agreement that compromises the future of the Argentine people,” he said at a press conference at Argentina’s consulate in New York.

Shortly after, Daniel Pollack, the court-appointed mediator in the case, said in a statement: “Unfortunately, no agreement was reached and the Republic of Argentina will imminently be in default.”

The damage this will inflict on Argentina, which slipped into recession in June, remains unclear. Economists have predicted inflation rates to rise and that the default will heap pressure on foreign reserves. Capital Economics analyst David Rees told World Finance: “This is a headwind Argentina doesn’t need. They are already in recession and locked out of capital markets and this default could spur a flight of private investment.”

This is the second time Argentina has defaulted. It used to be the third biggest economy in Latin America, but has suffered a series of economic and political meltdowns dating back to the 1930s. These reoccurring crises are often attributed to mismanagement. Poor government policy and fluctuating commodity prices have, in the past, plunged millions of Argentines into poverty and depression.

This default leaves many wondering if this recession will be as bad as 2001. “The economy is in better shape than it was last time around and banking is in a good state too. We are forecasting that the economy will contract by at least two percent and GPD won’t grow either. But the recession won’t be as bad,” said David Rees.

It all seems like déjà vu for Argentina. They previously defaulted on $100bn worth of debt in 2001, which was the biggest failure to pay debtors in history. This meltdown 13 years ago is largely credited to one man: former Argentinian president Carlos Menem.

In the early 1990s Menem transformed Argentina from a struggling nation to the poster child of free market reforms. When he left office in 1999 corruption was rife and investors could not get out of Argentina fast enough. To curb inflation and interest rates the country used a currency peg but this became untenable and the government had to borrow money, rather than print it themselves, according to Business Insider.

By 2001, 20 percent of the population was unemployed and reports began to surface of widespread hunger and malnutrition. A country that had once been hailed as the ‘breadbasket’ of Latin America was impoverished. Riots and looting spread like wildfire and when it reached the capital of Buenos Aires, Menem’s successor, Fernando de la Rua, resigned in the wake of civilian deaths. In the next two weeks five presidents would come and go as the country was trapped in a downward spiral.

Before the crisis ended the economy had shrunk to a fifth of its former size. Its future workforce, young, educated Argentines, flocked back to the ancestral homes of their grandparents in Europe, who had migrated to South America in the 1930s and 1940s.

Since the country failed to pay back the debts it owed, Argentina has been ostracised from capital markets. Between 2000 and 2010 taxes have risen by 2.5 percent to accommodate increased spending on social welfare programs, according to a World Bank report. High spending on such programs, alongside a stagnant economy has caused one of the world’s highest inflation rates. In January, the peso was devalued by Argentina and the country is now regarded as bête noire by investors.

“It has been made very public that this is a legal issue, not a solvency issue,” said Hargreaves Lansdown senior analyst Laith Khalaf. “It remains to be seen whether international bond markets will retaliate by hiking borrowing costs for Argentinian companies. If that happens, those companies will find it more difficult to access capital.”

The vultures are circling over Argentina. Its political elite may have wilfully destroyed their economy in a bid to look tough on international investors, after previously stating a willingness to negotiate. The country is already in recession, battling high inflation rates and with an economy expected to contract annually, the future is bleak for Argentina.