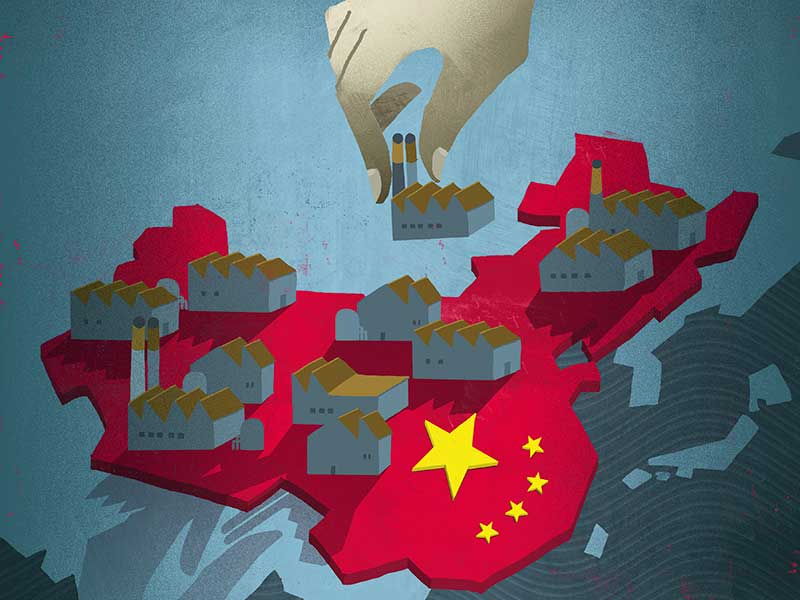 On July 26, a statement published by Beijing authorities revealed all large state-owned enterprises (SOEs) are set to be turned into joint stock or limited liability companies (LLCs) by the end of the year. In doing so, the state hopes to make its key businesses more modern and efficient, while also enabling the establishment of flexible and market-based mechanisms.

So far, around 90 percent of the country’s SOEs have made the move, with positive results. According to the cabinet’s website, those companies that have registered as LLCs or joint-stock companies now have improved management and governance structures.

The restructure involves the introduction of a board of directors, bringing China’s SOEs in line with the corporate governance practices of developed economies around the world. Likewise, boards will have key decision-making abilities, including recruitment and wage distribution, while employee salaries will be directly linked to profits and productivity.

Such moves are crucial aspects of China’s strategy to create conglomerates capable of competing in global markets, such as transportation and energy. The restructuring of SOEs is also intended to tackle a looming problem facing the economic giant: debt.

According to the 2017 OECD Economic Survey on China, the country’s public and corporate debt now exceeds 250 percent of its GDP, up from 150 percent prior to the 2008 financial crisis. A particular concern for the state is its level of corporate debt, over 70 percent of which originates from SOEs.

In addition to the much-needed modernisation of China’s SOEs, those found to be uncompetitive will be shut down. This process began earlier in the year, when Governor Zhou Xiaochuan revealed banks would withdraw financial support for unviable firms.

Though there is talk of mixed ownership reforms – which would enable private companies to invest in China’s SOEs – Beijing has pledged to strengthen its leadership in the firms in order to prevent lost assets and ensure stability during this transition.

The restructuring of China’s SOEs is pivotal in the state’s plans to further develop its economy, particularly given the inevitable slowdown in GDP growth. If successful, the shift will also help to tackle China’s mounting corporate debt problem, which is one of the highest among emerging market economies.