A recent oil boom in the US has led to an unexpected narrowing of the trade deficit, bringing it down to the lowest point since the fourth quarter of 2009 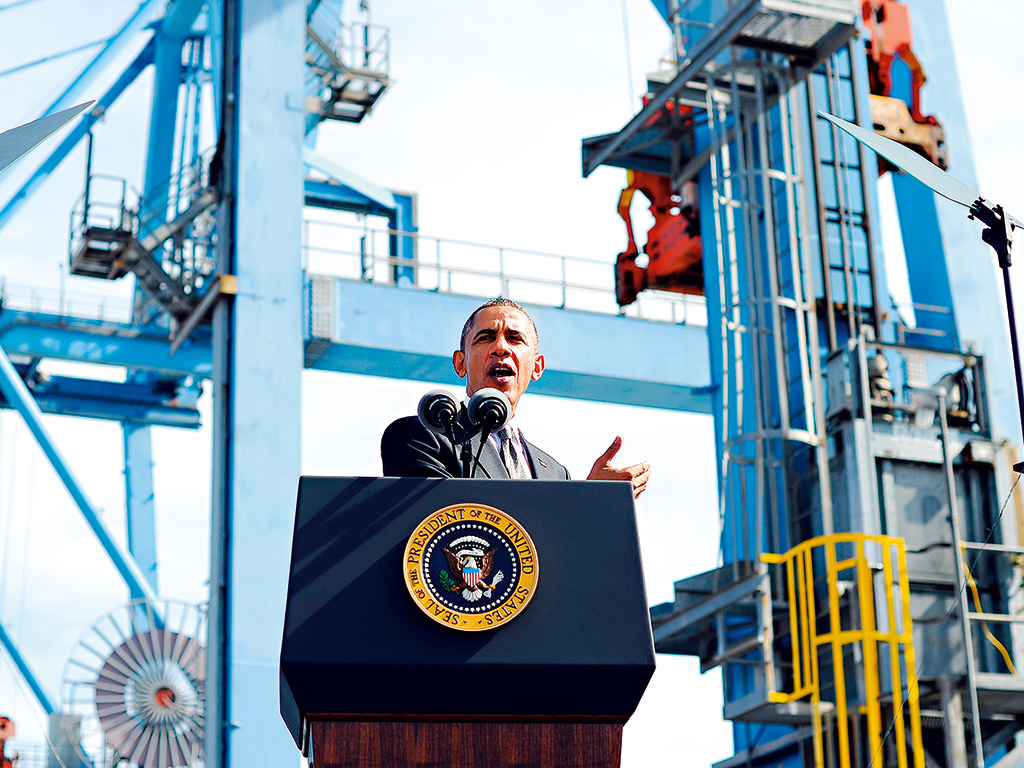 Reports indicate that a recent oil boom in the US is to thank for a reduction in the country's trade deficit
Government policy | Infrastructure
Author: Joss Wyatt

In November 2013 the US trade deficit reached its lowest point in four years. According to the US Commerce Department the November trade gap was the smallest monthly deficit since October 2009, dropping 12.9 percent to $34.3bn. The narrowing deficit was the result of a recent oil boom in conjunction with the increased export of US-made machinery, leading to the country’s increased attractiveness as trading partner.

Exports rose 0.9 percent, reaching an all time high at $194.9bn. This was in large part due to rising petroleum sales – itself a result of new drilling techniques – and an abundance of crude oil production. In the first 11 months of 2013, oil exports saw a 10.8 percent rise, in comparison to the same period in 2012.

Imports fell 1.4 percent from October 2013 to $229.1bn, further shrinking the deficit. These figures are largely attributed to the decreased need for foreign oil imports, which fell 10.6 percent to $21.4bn in November. Total US exports were up three percent to $2.08trn, while imports remained at $2.51trn. Such narrowing of the deficit was not originally anticipated by economists, and consequently estimates for the last quarter of 2013 increased by as much as 3.3 percent.

Surveying 68 economists, Bloomberg calculated the median estimate for the US deficit to be $40bn. Despite an annual growth rate of 4.1 percent in the third quarter of last year, it was posited that businesses’ inventory surplus would slow GDP growth (see Fig. 1). As part of the continuing trend in 2013, total US imports reached $194.9bn in November from $193.1bn in October. Views as to whether this trend will continue vary; some assert that increased imports consequent of consumer spending will widen the deficit, while others believe spending will be offset by declining oil imports. Economic Outlook Group’s Chief Global Economist, Bernard Baumohl, believes that the foundations of the US economy have become better, as a whole. “Clearly, the fundamentals that underpin the US economy have improved,” Baumohl wrote in the company’s economic summary outlook for 2014. “Leading the charge will be consumer spending, followed by a rebound in business capital expenditures and finally a marked improvement in net exports.”

Exports and imports
Although the oil industry was the driving force behind narrowing the deficit, the increased export of aircrafts, engines, industrial supplies, chemicals and automotive machinery reflect stronger global demand for US-made products. In November, US food and consumer goods shipments dropped, and despite a three-year low in the import of industrial materials, auto and capital goods imports reached record highs.

This was all offset by the fall in demand for foreign oil, in conjunction with rising oil production and the falling dollar, which have increased the attractiveness of US goods in the global market. The increase in exports has revitalised manufacturing and production in the country, with higher export orders bringing overseas production back to the US (see Fig. 2). This increase in factory output has also created jobs, leading to greater spending.

US manufacturing payrolls increased in the fourth quarter last year and consumer spending could offset a lower inventory growth drag. The accumulation of business stockpiles also demonstrates the economy’s strength. With production being brought back to the US from China, the Chinese government has allowed its currency to appreciate. The deficit with China dropped 6.7 percent to $26.9bn in November 2013, the widest gap of any country.

It is on track to set another record this year. The US deficit with Japan dropped 8.4 percent to $5.8bn, corresponding with an increase in exports. Similarly, with greater exports to Germany, the US deficit with the EU dropped to £10.1bn, nearly 30 percent. This is due to an abrupt reduction in imports from the region. By November, the trade deficits with Saudi Arabia and other OPEC nations totalled $64.1bn.

The lowering of the trade deficit is directly linked to new drilling techniques in Texas and North Dakota. Advances in horizontal drilling and hydraulic fracturing have led to the increased production of shale oil. In one of the last days of 2013, US crude oil production increased to 8.12 million barrels – the highest in 25 years according to the Energy Information Administration (EIA). In its 2015 forecast, the EIA predicted that oil output could reach 9.6 million barrels per day – matching the record high in 1970.

Petroleum shipments rose 5.5 percent to $13.3bn in November, bringing down the petroleum deficit to $15.2bn, the lowest since May 2009. In 2013, crude oil imports dropped to 7.7 million barrels a day, the lowest number in 17 years. Purchases of crude oil fell to $28.5bn, which is the lowest point since November 2010. These prices have been falling, reaching an average of $94.69 per barrel in November from a peak of $102 two months earlier.

Energy independence in sight
This crude oil production brings the country closer to energy independence, which the Paris-based International Energy Agency (IEA) estimates could be in as early as 20 years. The IEA also expects the US to become the world’s top producer of oil producer in 2015, overtaking Russia and Saudi Arabia. “The trend toward more domestic fuel production is on-going and it’s only going to get better,” Chris Low of FTN Financial told Bloomberg. However, this new abundance of resources is marred by oil export restrictions that were established in the 1970s. Washington has urged the Obama administration to relax these regulations, which contradict the existing and self-imposed goal to double exports by 2015 (set by the White House in 2010).

At the same time oil and gas representatives have applied pressure on the government, highlighting their industry’s contributions to narrowing the trade deficit. Previously, the ban helped to stabilise domestic oil prices, at the great benefit of those refineries that can trade in the world market. “Some of these prohibitions, or policies, are vestiges of the past,” President of the American Petroleum Institute, Jack Gerard, told the FT. “We need to get our mind set away from scarcity.”

Although the oil boom does not create as many jobs as the manufacturing industry, its benefits still extend past its own parameters. Being one of the top consumers of natural gas, the chemical industry also stands to gain from increased oil production. Atlanta-based Axiall is just one of the companies that intend to harness the success of the oil industry, planning to build an ethylene plant in Louisiana.

These technological developments in crude oil extraction not only help to narrow the deficit, but indirectly fuel various aspects of the country’s economy, helping to reshore production, create jobs and increase the attractiveness of the US as a trading partner.