How to navigate transfer pricing in Brazil; Deloitte advises

While Brazil is not a member of the OECD, many multinational groups there are able to successfully navigate international transfer pricing standards, yielding effective results 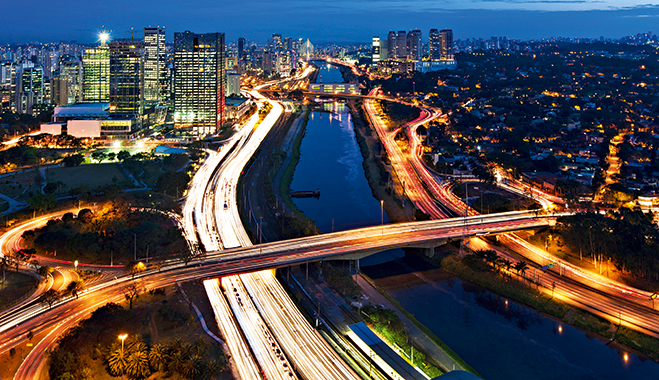 The economic view of Brazil has always been two fold for investors: on the one hand, there are good opportunities for sustainable growth; on the other, there is suspicion and concern about the direction in which Brazil is marching, economically and politically.

The latest downturn decreased the country’s growth rates while bumping up inflation – just two of the uncertainties Brazilian investors face. With one of the world’s highest tax burdens, a complex tax structure, a highly bureaucratic environment, and continuous government spending, Brazil is stumbling through a period of high institutional risk and shrinking foreign direct investments.

The most obvious challenge is the fact that Brazil is not a member of the OECD, which often causes misunderstandings and unexpected tax and transfer pricing issues

Brazil only spends one-third of the average amount spent by other countries in infrastructure, even though the need for advanced investments in infrastructure is high. Generally, the country seems to focus more on keeping private consumption high, instead of having a strategic view of market development with a perspective of sustainable growth.

The most urgent problem Brazil must tackle is the steep decline in competitiveness; to do this, it will need private-sector involvement to improve its infrastructure. In spite of these issues, Brazil still offers one of the world’s best investment opportunities.

The country’s GDP growth is no longer thriving as it was five years ago (see Fig. 1), but the economy overall remains solid. It has a clean energetic matrix and a large domestic market. As the world’s seventh largest economy, the country also plays a leading role in South American economy and politics, standing out with increased attractiveness on the international scene. Brazil’s major competitive advantage includes social and economic growth, combined with stability and environmental sustainability; macroeconomic structure; a strong domestic market; richness of natural and cultural assets; open market; and democratic stability.

These positive factors helped Brazil benefit from sizable foreign investments over the last two decades. In 2012 the South Korean automaker Hyundai invested $273m, and established its first factory in South America in Piracicaba, São Paulo, Brazil. The global President of Hyundai, Chong Mong Koo, stressed the compact HB20 was developed exclusively for the Brazilian market. He said the new subsidiary will “contribute to the development of the Brazilian automotive industry and the local economy.” German automaker BMW chose the state of Santa Catarina as the site for its first factory in Brazil. BMW will invest about £249m in the initial installation, which started operations in 2014.

Driving Brazil’s economy forward
The automotive sector represents about 20 percent of GDP of the Brazilian economy, and the German and South Korean automakers’ investment will attract new companies in the automotive supplier industry. Those companies are often subsidiaries of international conglomerates, and engage in purchase and sale transactions for goods, services, and rights. Those related-party transactions are subject to Brazilian rules of transfer pricing.

These rules can substantially increase companies’ tax burden if not previously considered when making an investment decision, that is, before setting up business in Brazil. The additional costs of higher taxes or double taxation can substantially reduce the expected profit from investment in Brazil. When considering the Brazilian tax and transfer pricing regimes, the most obvious challenge is the fact that Brazil is not a member of the OECD, which often causes misunderstandings and unexpected tax and transfer pricing issues.

The transfer pricing methods for testing the pricing of intercompany transactions established by Brazilian law vary according to the nature of the transaction – for example, import or export operations – rather than according to the taxpayer’s functional profile. Brazil’s transfer pricing methods establish maximum import prices and minimum export prices.

To avoid transfer pricing adjustments, the import price charged should be lower than the parameter price; conversely, export prices should be higher. Brazilian legislation on transfer pricing has always given rise to discussion and controversy. The law has recently been changed to avoid misinterpretations of the rules and possible uncertainties in the future, reducing controversial topics.

Unlike the OECD approach, under Brazilian law market conditions are predetermined and set by the authorities. That is, fixed margins are to be used for transactions, leaving changing market conditions and multiple-year analyses unconsidered. The economic circumstances of an individual company are not taken into consideration to determine whether transfer prices are at arm’s length.

The arm’s length rule
The basis of the OECD transfer pricing guidelines is the arm’s length principle, taking into account the individual analysis of each company in terms of economic circumstances and market conditions. Companies freely stipulate the structure of their business according to such market conditions. The OECD transfer pricing guidelines seek to achieve a transaction value established between related parties as practiced between unrelated parties under the same, or similar conditions.

For this reason, many multinational enterprises have set up different pricing policies for Brazilian entities, than those used for the rest of the group. When making the decision for or against business in Brazil, it is therefore important to adjust and align intercompany pricing policies according to the Brazilian requirements.

The alignment of two divergent systems is a challenging task for multinational groups. Sometimes companies accept double taxation, because the creation of an aligned policy would require a high degree of sophistication and professional involvement. For some companies, it might not be worth investing in this legal certainty, if the complexity of an aligned transfer pricing system would generate higher costs than the expected tax exposure.

The current transfer pricing rules have great potential to cause double taxation situations, which in turn would discourage investment in Brazil. One would expect the tax authorities to increasingly adapt to the economic approaches espoused in the OECD transfer pricing guidelines; however, when this may happen remains uncertain. Adoption of the OECD transfer pricing guidelines would facilitate business decisions, and the rates of foreign direct investment could surpass the expected. Moreover, this change would facilitate understanding of the rules and controls for both Brazilian companies operating abroad, and for international companies that invest in Brazil.

Ways to increase investment
High tariffs on imports and the complexity of customs procedures represent another major obstacle to foreign investment. From a Brazilian perspective, a reduction in legal uncertainties and protectionist behaviour may be less effective in the short term, but would certainly increase investment and sustainable growth in the long-term. Encouraging foreign investment would render business in Brazil more competitive, especially if commodity prices are unlikely to bail out Brazil’s economy with another growth spurt.

Mergers and acquisitions – as one possible form of foreign investment in Brazil – raise a number of issues in relation to tax and regulatory compliance, assessing and influencing the choice of business structure. The determination of the allocation price of tangible and intangible assets of target companies has a key role in the interaction between transfer pricing and purchase accounting. Determining an appropriate market price for asset transfers during restructuring operations requires consideration of transfer pricing issues in the countries involved. This includes the choice of financial structure, as well as finding a tax-effective business structure. When pricing assets – especially intangible assets – from a transfer pricing perspective, it is usually difficult to identify appropriate market prices.

The simple relationship between risk and opportunities for investments in the Brazilian economy is easy to confirm. Great potential opposes high levels of bureaucracy and complex tax structures, which in turn increase the risk of failure.