The performance of majority state-owned banks in India is behind that of the private sector, and will continue to be so until they are granted a greater degree of autonomy 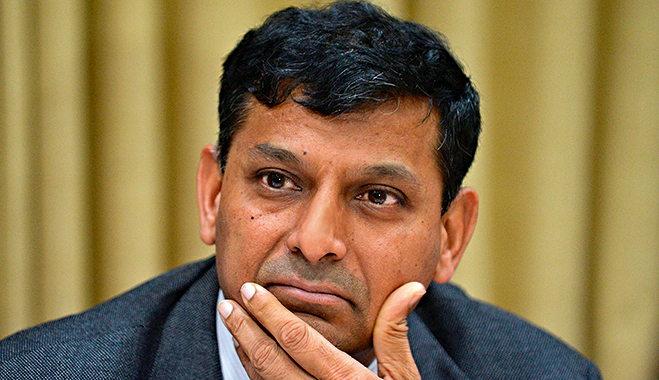 Governor of the Reserve Bank of India, Raghuram Rajan, who said that India's banking sector is on a cusp of revolutionary change
Corporate Governance | Strategy
Author: Matt Timms

For those lucky enough to lead one of India’s top five majority state-owned banks, the perks include free housing, a company car and your very own driver. However, the benefits do little to detract from a pay package numbering in the region of $32,000-40,000 – only marginally more than a secretary or administrative assistant working in the US. “Here, 70 percent of the banks are in the public sector and they are paid very, very poorly”, said the State Bank of India Chief Arundhati Bhattacharya at the Delhi Economic Conclave, who went on to speak about how the system as it stands was breeding bad governance.

Average pay for those taking charge of any state-owned bank is less than five percent of what those in the private sector are currently earning, and the disconnect between the two has brought with it any number of consequences for the Indian banking sector. One report, published by the Reserve Bank of India (RBI) last year, showed that state banks’ share of the market is likely to slip to 63 percent by 2025, 10 percent less than in 2013 and fuelled – at least in part – by inadequate pay. However, worse still is that the further down the pay scale you go, the more pronounced the problem becomes.

After suffering in silence for years, employees at the country’s more than two-dozen state-owned banks took to social media late last year to condemn what they believed to be inadequate pay and unacceptable working conditions. Demanding wages that were more closely in keeping with central government employees, retirement benefits and a five-day working week, workers made known the struggles they face on an almost daily basis.

For example, a teller at a state-owned bank can expect to make just shy of 20,000 rupees a month, or approximately $1.70 an hour over a 48-hour working week, and for this reason and many more like it, unions have time-and-again threatened to take strike action if their employers refuse to heed their call. Worse is that for as long as public lenders fail to dish out cost-competitive pay packets, state-owned banks will miss out on top talent and struggle to clock up the numbers they so need.

Promises to deliver
Still, the qualms shared by those employed at India’s majority state-owned banks represent a relatively minor part of what is a much wider and multi-faceted crisis facing India’s hot-and-cold banking sector. And with the figures posted by state-owned banks far short of their private sector equivalents, President Narendra Modi must now deliver on a pledge to mend a market in desperate need of reform.

“The banking sector is on the cusp of revolutionary change”, said the Governor of RBI, Raghuram Rajan, at the Annual Day Lecture of the Competition Commission last year. “In the next few years, I hope we will see a much more varied set of banking institutions using information and technology to their fullest, a healthy public sector banking system, distant from government influence but not from the public purpose, and a deep and liquid financial market that will not only compete with, but also support, the banks. Such a vision is not just a possibility; it is a necessity if we are to finance the enormous needs of the real economy. As India resumes its path to strong and sustainable growth, it is the RBI’s firm conviction that the Indian banking sector will be a supportive partner every inch of the way.”

Not-so-identical twins
The banking sector nationalisation in 1969 and again in 1980 created an environment that, in terms of numbers, is dominated by majority state-owned enterprises. And with far too few incentives for public banks to compete on products and services, the sector has been insulated from healthy competition.

The nationalisation process has seen the government strike certain bargains with banks that serve only to distort market competitiveness and stifle performance, and only by retreating from these long-held agreements can public names match the progress made by those in the private sector.

For one, the central bank offers privileged access to low cost demand and time deposits, and to its liquidity facilities, provided that public institutions accept certain obligations. Under the terms of the contract, the banks in question must finance the government by acquiring a set number of bonds, maintain a healthy cash reserve ratio, set up branches in unbanked areas and offer loans to priority areas of the economy, meaning that the scope for improvement is limited.

Second, public sector banks and the government have agreed upon a set of terms whereby state-owned institutions must carry out certain services and on-board certain risks, only to be compensated, at least in part, at a later date. However, bargains much like the ones mentioned are from a bygone era, and in order to keep pace with the rate at which the wider Indian economy is developing, public lenders must be given greater autonomy in deciding how it is they operate. Whereas the so-called ‘grand bargains’ of old were created with a view to promoting equality and economic stability, the costs of failing to change with the times are far too great.

In showing that public banks are struggling to match up to their private counterparts, state lenders revealed in September that 12.9 percent of their total advances were made up of stressed loans, whereas the same percentage among private banks came to a much lesser 4.4 percent. Also, with confidence in the sector short of what it was and performance lagging, state lenders may soon be forced to foot $60bn in a bid to offset the risks associated with mounting non-performing assets.

The cumulative total of bad loans held by state lenders, estimated at $97bn as of November 2014, threatens to tip the sector into dangerous territory, and without the capital to support infrastructural development, capital shortages could put the brakes on essential projects. However, these capital shortages offer only a slight indication of the issues plaguing the public lending sector, and Modi must introduce relevant reforms if only to bring order to the sector.

Sell-off and reform
The prime minister unveiled key reforms in December to sell down the government’s holdings in public lenders, and, in doing so, inject an additional $26bn into the system. The recapitalisation will no doubt succeed in raising much-needed capital, though analysts claim that the amount the government expects to fetch as a result, at $38bn, is too optimistic. The main problem here is that these banks have been handicapped by anti-competitive practices, and will remain an entirely unattractive investment proposition for as long as they’re under state control.

The priority for Modi therefore, is to bring an end to stagnant banking processes and work towards improving often-inhibitive internal structures. Chief among the recommendations, laid out earlier this year by leading banking officials, is the formation of a ‘bank bureau’ to improve governance and capital requirements. “There are well-managed public sector banks across the world and even in India today. So privatisation is not necessary to improve the competitiveness of the public sector”, said Rajan. “But a change in governance, management, and operational and compensation flexibility are almost surely needed in India to improve the functioning of most PSBs.”

With a greater focus on appointing independent candidates to the board, struggling banks can more easily avert costly decisions and poor leadership choices. Modi has also pledged to grant state-run banks more autonomy in how they conduct themselves, therein – at least in theory – promoting greater competition and freeing banks from the shackles of old. In reducing lenders’ exposure to government borrowing, public lenders can offer higher interest rates than they are currently, which are below even consumer-price inflation. By giving bank officials more control over how the bank is run and allowing them to accept independent recommendations, public lenders can improve upon the desperate situation facing the sector at present.

There is work to do yet before the banking sector shakes the influence exerted on it by the state and begins to mirror the gains by those in the private sector. However, for as long as the government delays action on the issue and maintains its hold on banking, any recommendations put forward by those at the RBI and by bank officials will come to nothing.