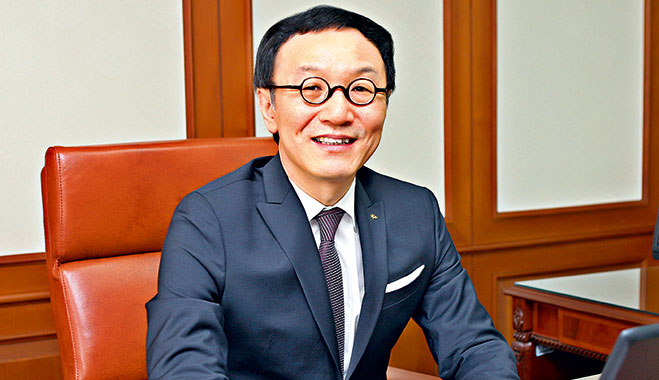 Corporate governance is important to non-financial corporates. But it is far more important in the financial services industry (FSI), as poor governance may disturb the stability of the overall economy of a nation, as well as its financial system. In particular, an efficient allocation of financial wherewithal through banks is a task of national significance that determines the competitive strength of a nation and the wealth of its people. In that regard, to ensure an equitable resources allocation, most countries restrain industrial capital from dominating the banking sector.

In the early 1980s, as part of the privatisation of the banking sector, the South Korean government introduced a policy that limited a single investor’s shareholding in banks lest any large company should use a bank as its own till. There were many changes to policy since then, and eventually the Banking Act limited the investment ceiling in a nationwide bank to 10 percent. This led to a dispersed share ownership which, in turn, gave rise to the absence of controlling shareholders. Thus, the role of the board of directors in supervising a company on behalf of its shareholders has become far more important in the FSI.

Corporate governance in South Korea
It was not until the Asian financial crisis in 1997, when some badly managed financial institutions with poor corporate governance went bankrupt, that a consensus was reached on the need to improve managerial transparency and the efficiency of the Korean FSI.

Since the crisis, corporate governance in Korea has improved a great deal in terms of its institutional framework. Alongside the release of the OECD’s Principles of Corporate Governance in 1999, Korea announced its own ‘Corporate Governance Standards’ that prescribed “improved rights of minority shareholders”, “bigger proportion of outside directors in the board”, “stronger independence of board”, “tighter disclosure”, and so on. In 2000, the “outside director requirements” were made mandatory.

In institutional terms, FSI boards began to be operated around outside directors. At the initial stage, however, some outside directors were not up to providing checks against and presiding over banks’ executive teams, as they lacked technical knowledge in bank management. As more sessions of orientation and education are given to outside directors, coupled with tightened qualification criteria, the original idea of “checks and balances” will gradually be satisfied over time.

Another issue concerns the independence of outside directors. This has already been addressed to some extent, as any element that might affect outside directors’ independence has been included in disqualifying criteria. Furthermore, their independence will be reinforced when the publication of corporate governance reports is made obligatory in the future.

Corporate governance disclosure is sure to improve board operation, as it requires companies to make specific descriptions of the activities engaged in by the board to increase enterprise value. It also recommends the setup of the executive committee to ensure managerial transparency by requiring financial companies to take minutes during their major decisions, comparable to those of board meetings.

Besides, the law propounds bigger roles for the audit committee and improved rights for minority shareholders through the adoption of rights of shareholder’s proposal and less stringent requirements for filing class action suits. All these components clearly show that corporate governance in the Korean FSI has made great strides, not only in form but also in substance.

Leading the industry
KB Kookmin Bank is the largest affiliate of KB Financial Group (KBFG), which was established in September 2008 to cope with the changes in the financial climate, such as capital market growth and the increased need for integrated financial services. KBFG comprises 10 domestic subsidiaries and 16 overseas networks.

KB Kookmin Bank, a combination of two former state-owned banks that specialised in retail finances and home mortgage respectively in the 1960s, has grown into Korea’s leading bank. It has maintained a commanding lead in retail banking, which is a result of the merger of former Kookmin Bank and Housing and Commercial Bank, which had contributed immensely to the spectacular development of the Korean economy.

The remarkable feat of having been ranked first in the National Brand Competitiveness Index for the 10th consecutive year and in the Korean Industry Brand Power for the 15th consecutive year (both compiled by two different brand research firms) attests to the fact that KB Kookmin Bank, with its staff of 21,600, is leading the pack in brand power. The sheer size of its customer base also makes it a leading bank in Korea. As of the end of March 2013, 27.42 million customers, more than half of the Korean population, are banking with KB Kookmin Bank, which boasts of approx. 1,190 sales outlets and the biggest asset size in the country at $252bn (as of June 2013).

KB Kookmin Bank has the largest market share in deposit-taking and retail lending, and has developed a commanding lead in fee incomes from investment funds, bancassurance and trust products. Its strength is not confined only to retail banking. Trade Finance awarded KB Kookmin Bank an honour by selecting it as Korea’s Best Trade Finance Bank for three years running. It has also had the biggest market share of custody business for the past 10 years.

KB Kookmin Bank proved itself as the preferred bank of the Korean people by becoming the first Korean financial institution ever to have obtained the top position for eight consecutive years in the National Customer Satisfaction Index co-developed by Korean Productivity Centre and the US National Quality Research Centre of Michigan University.

For the sake of efficient director operations, it commissions outside educational institutions such as KIOD (Korea Institute of Directors) to administer education to outside directors in addition to orientations given to them upon appointment. Workshops are held twice a year where directors can exchange views on management issues with the executive team.

‘Story’ here signifies the depth of customer relationship formed through interactive communication with customers. ‘Banking with story’ means providing products and services customised to its customers in a law-abiding and ethical manner based on a proper understanding of and long-term trusting relationship with its customers.

The idea is to go beyond the mere numerical information gleaned from a customer relationship management system to gain a broader and more in-depth understanding of customer needs by engaging in close communication with them. The very core of KB Kookmin Bank’s ‘banking with story’ is to have branch staff think how they can help customers achieve financial success instead of thinking how much they can make by foisting more lucrative products on them.

Instead of settling for just profit maximisation, KB Kookmin Bank is establishing robust corporate governance at its highest level, while introducing ‘banking with story’ to lay the foundation for achieving its management targets. KB Kookmin Bank is working to help build public confidence in the banking industry by inducing it to compete in terms of value proposition and to provide a more satisfying banking experience to customers.