Lebanon becomes recognised as an economy with endurance

The Lebanese banking sector, amid a backdrop of economic uncertainty and regional crises, is still performing strongly, so much so that Societe Generale de Banque au Liban is looking to expand its reach 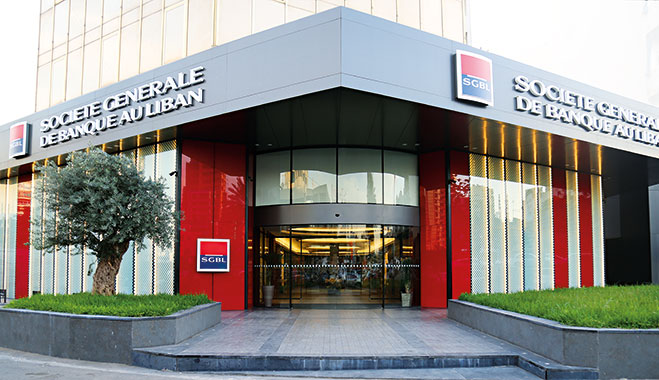 An SGBL branch in Sin el Fil, Beirut. The bank has done much to promote Lebanon's fortunes
Corporate Finance | Strategy

Despite the deteriorated conditions in the Middle East, which subdued growth in Lebanon, the country’s banking sector has proven itself to be remarkably resilient to external shocks. Banks in Lebanon have, despite the adverse conditions, continued to pursue expansion.

The sector’s size is 3.6 times larger than the rest of the economy. Banks’ domestic assets reached $180bn at the end of June 2015, an increase of 49 percent over the past five years, whereas GDP has been growing at an average annual rate of 2.1 percent over the same period. Deposits have grown 50 percent between 2010 and 2015, while loans to the private sector have increased by 63 percent. Like much of Lebanese society, the country’s financial institutions have proven themselves to be remarkably resilient, weathering crisis after crisis and continuing to function in the face of adversity.

Part of the reason for the success in this sector is the result of close and prudent oversight by Lebanon’s banking authorities. The Lebanese supervisory and regulatory frameworks are being constantly upgraded to international standards, while authorities continue to monitor the sector closely, with particular focus on liquidity and solvency levels, as well as periodic risk assessments. With such safeguards and oversight, confidence in Lebanon’s banking sector has been reinforced, allowing the banking sector to build up a large depositor base, both nationally and internationally. Moreover, housing loans have continued to be in high demand despite signs of a slowdown in the real estate market. Consumption, on the other hand, in a highly dollarised economy, held strong supported by higher purchasing power thanks to subdued inflation and a stronger dollar.

Banks remained committed to financing the local economy, notwithstanding incentive programmes introduced by the Central Bank of Lebanon, whereby banks benefit from subsidised financing aimed at tradable sectors in the real economy as well as the knowledge economy by means of equity financing. Furthermore, Societe Generale de Banque au Liban’s (SGBL) CEO, Antoun Sehnaoui, told World Finance, “This package of incentives was all the more effective given the supportive monetary policy by the Central Bank in managing foreign reserves and maintaining a stable exchange rate despite rising tensions both domestically and regionally.”

Strongest cedar in the forest
SGBL, an affiliate of the French multinational banking group, Societe Generale, has seen some of the strongest growth in the Lebanese banking sector as of late. The bank’s deposits and loans book have been growing steadily, despite fierce competition in a small-size market; over the past three years, SGBL have managed to raise their deposits and loans by 44 percent and 32 percent, respectively.

The bank has had a string of successes and made a series of power moves lately. For instance, SGBL recently successfully negotiated, as appointed co-lead manager by the Lebanese Government, the largest Lebanese Republic eurobond issuance since the 90s. The confidence of the Lebanese financial authorities in the bank was further demonstrated by SGBL securing rights for synergetic M&A execution within a highly competitive financial sector under consolidation. SGBL has also advised corporate groups on capital structure and strategic restructuring, opening itself up to mandate-based transactional business. The bank has teamed up with a number of important allies lately, including local venture capitalists as well as the Spanish Mundi Ventures and Kuwaiti International Financial Advisors towards launching the Cedar Mundi Fund.

The bank has successfully structured and placed debt and hybrid instruments via local and foreign financing vehicles at competitive rates in various industries. It has also expanded its structured products offering by adding both off-the-shelf and tailor-made solutions to its product range in order to provide clients with specific investment opportunities based on identified market inefficiencies and dislocations.

Into the future
More importantly, the bank’s growth has been underpinned by a strong and growing capital base, having increased by two-fold over the last three years to reach $1.18bn by the end of June 2015, with regulatory ratios kept comfortably above international requirements. As for profitability, SGBL’s return-on-equity reached 17 percent in 2014, a more than satisfactory performance indicator. All this earned SGBL a leading position among its Lebanese peers.

With an eye on the future and a need to rise up to new challenges in a highly competitive environment, the bank has embraced technology-based banking products, increasing their appeal to Lebanon’s young population. “Specialists are constantly upgrading our e-banking system which is being very appreciated by our clients”, said Sehnaoui. “It is worth mentioning that Lebanese banks have a long history of crisis management. Operating in a small and unstable market has pushed them over the last two decades to diversify their revenue sources.”

SGBL is no exception, and is constantly looking to diversify its revenue base, by targeting untapped banking opportunities in Lebanon in particular, and the Middle East and North Africa region in general. With the Middle East and North Africa accounting for some of the lowest FDI levels in the world, SGBL is allocating resources to develop private banking and investment banking activities in the region, targeting affluent and high net worth customers as well as institutions.

SGBL is well placed to take advantage of regional and international opportunities, with such internationalism being a characteristic of Lebanese banks owing, by and large, to the huge Lebanese diaspora worldwide estimated between eight and 14 million. As a result, Lebanon is able to attract around $8bn in workers’ remittances every year, which is around 15 percent of GDP. This unfaltering support of the broad Lebanese diaspora is pivotal to the country’s economy. Strategically, the leading banks have set up regional and international subsidiaries, namely in the Middle East, the Gulf and West Africa, to cater for a sizable and influential Lebanese diaspora.

SGBL hopes to see further expansion in its investment finance activities in view of the evolving legal and regulatory frameworks (including tax codes, laws on foreign investment, decrees and regulations covering capital markets, privatisations, etc.) alongside Lebanon’s inherent aspects of competitiveness (namely, its banking secrecy and tax regime), which are all the more conducive to wealth creation. In consequence, Sehnaoui said, “It would be both natural and strategic for SGBL to establish and grow its dedicated investment finance arm to exploit such opportunities.”

Valley of value
The Lebanese banking sector looks set for a bright future, with SGBL at the forefront of its shine. Lebanon is yet to establish itself as a regional hub for institutional investors, but given its financial system that has long been distinguished as a model for the region, the bold initiatives and funding schemes by the central bank aimed at structural economic development are pushing it in the right direction. Right now, the Lebanese Central Bank is in the midst of enforcing its new 3D regulatory regime, along with the Banking Control Commission and the Capital Markets Authority. The aim of this is to provide much needed confidence and assurance for liquidity providers to direct institutional money flows to Lebanon.

Furthermore, Lebanon is slowly but surely catching up on investment finance despite the many challenges facing both country and industry. The opportunities are vast, both domestically and regionally. At the same time, the ever-evolving legal and regulatory frameworks are increasingly conducive to wealth creation. It is for these reasons, then, that SGBL is growing its dedicated investment finance arm to exploit such opportunities. SGBL is constantly on the watch for new opportunities and always looking to leverage its position as a top tier Lebanese bank with substantial means to mobilise talent, resources and capital towards building a brand of excellence and expanding locally and regionally in market segments of interest.