Mexico opens up its energy industry 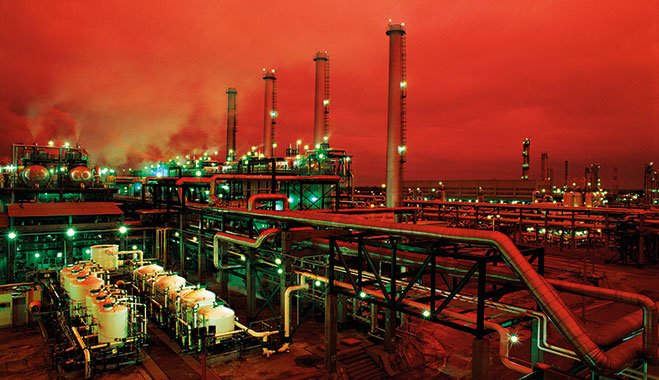 An oil refinery in Villahermosa, Mexico. The country’s oil production has increased over the years, but international investment is yet to gain traction
Corporate Finance | Strategy
Author: Jules Gray

When the charismatic Enrique Peña Nieto was sworn in as Mexico’s 57th president at the end of 2012, it was a decision that suggested the electorate had finally grown tired of economic stagnation. Nieto’s campaign had been based on the promise of radical economic reforms that would kick start the country’s flagging economy, and bring about a new era of prosperity.

Many of the industries due for reform had seen little to no investment for many years, with state-owned monopolies dominating much of the country. One such area is the energy industry, which for 77 years has been run by state-owned companies with almost no competition whatsoever. In September, however, Nieto took a significant step towards liberalising the industry and encouraging foreign ownership on a scale not seen in decades.

State-owned market
The hope is that this opening up of the energy markets will see much needed investment in creaking infrastructure, and to help modernise the country’s power supplies. However, global energy companies have not had a good time of things when it’s come to investing in Mexico on a historic front. In 1938, then President Lázaro Cárdenas seized the assets of global companies like Standard Oil and Royal Dutch Shell, and transferred them to the state-owned Petróleos Mexicanos (Pemex). Ever since, the energy markets in Mexico have been dominated by the state.

The need to reopen the markets to private – and international – investment has become stark in the last few years. With the country’s large deposits of natural resources – including the third largest oil deposits in Latin America – many of the world’s biggest energy companies are circling with the intention of bidding for lucrative contracts. These include ExxonMobil, Chevron, Total, as well as domestic firm Pemex. Such is the scope of potential, it’s thought that there are as much as $220bn in investment opportunities for the private sector in Mexico as a result of the energy reforms.

The laws implemented by President Nieto have been aimed at “building a better country”, he told the World Energy Forum on Latin America in May. He added, “They are a platform for beginning a new stage of development.” The rule changes include allowing private companies to bid for contracts, boosting government finances in the process and increasing competition.

Many agree that Nieto’s energy market reforms signify his boldest actions since getting into office. In a paper for the IMF published in February by experts Jorge Alvarez and Fabián Valencia, it is suggested that the reforms could dramatically transform Mexico’s manufacturing industry, as a result of lower energy prices.

According to a study by global analysts IHS, the reforms to Mexico’s energy industry are set to give the petrochemical market a considerable boost. This comes after years of underinvestment in the industry that forced it to rely on imports, which has hampered the development of its own domestic energy market.

Writing in the report, Rina Quijada, Senior Director of IHS’ chemical group, said that years of underinvestment had led to the country having to import its raw materials for the industry. “The Mexican petrochemical industry has been overdue for investment and has had to rely heavily on raw material imports to meet its need for local production of many chemicals.” According to the IHS, Mexico imported $24.5bn worth of chemicals last year, which included 75 percent of the polyethylene that the country uses. She said, “Last year, Mexico had to import approximately 1.5 million tons of this widely used plastic, which is about 75 percent of the country’s polyethylene demand.”

As a result of a lack of investment by the state-run Pemex in the industry, Mexico has not got a modern infrastructure that is capable of extracting all the oil and gas it could. According to a study last year by Goldman Sachs, Pemex is likely to form partnerships with “more innovative companies” in order to get the best out of Mexico’s oil and gas deposits (see Fig. 1). “The areas with the greatest potential are technologically challenging and will require Pemex, who has not invested sufficiently in new technology in the past, to partner with more innovative companies.”

Indeed, US investment giant BlackRock announced in September that it would be partnering with Pemex, as well as acquiring infrastructure management firm Infraestructura Institucional. It is just the beginning of BlackRock’s plans to take a more central role in Mexico’s infrastructure investment programme.

A wealth of investment
Leading international analysts EY reported earlier this year that the reforms being made to the industry present a ‘historic opportunity’ to the private sector, as well as those seeking to build the necessary infrastructure for this updated energy industry. They add that with the large deposits of natural resources, the time is perfect for investment into the market. “The timing could not be better, as Mexico is an attractive market with significant opportunities for inbound investment. Mexico, the 14th-largest economy in the world, has abundant natural resources, including both conventional and unconventional oil and natural gas reserves.”

For US energy businesses, it is these large reserves that will be of most interest, noted the EY report. “Although the proposed energy-related reforms impact all areas throughout the oil and gas value chain, most US-based energy companies are naturally focused on gaining access to Mexico’s energy reserves. [Pemex], says the country’s reserves are about 50 billion barrels of oil equivalent, with another 60 billion or so in unconventional resources. Those are substantial numbers that understandably attract a good deal of attention.”

However, not everyone has welcomed them. Environmental groups, including Greenpeace, have said the reforms will devastate Mexico’s environment, not least because of the dramatic increase in oil and gas exploration across the country. Others fear it will lead to a rejection of nascent renewable energy technologies in favour of tried and tested fossil fuels. Other vocal opponents include acclaimed Mexican filmmaker Alfonso Cuarón, who took out an advert in Mexican newspapers in April last year, demanding that the government make clear what measures they were making for protecting the environment, as well as combatting corruption. He wrote in a letter to Nieto, “The world’s multinational oil companies have as much power as many governments. What measures will be taken to keep our democracy from being taken over by illegal financing and the other methods of pressure by powerful interests? In a country with such a weak or non-existent legal system, how can you avoid large-scale corruption?”

Renewable energy may not be getting as much attention as its more polluting cousins, but the government hopes that heightened competition will mean the industry could provide Mexico » with 35 percent clean energy by 2024. The solar industry in feels that the reforms will provide new clean energy certificates that will fund new projects across the country. Many firms are investing in both wind and solar as a result of the reforms, including Spain’s Iberdrola, which has committed $5bn towards a natural gas plant and wind farms by 2018. Ignacio Sanchez Galán, Iberdrola’s CEO, told the World Energy Forum in June that the reforms would be a “real revolution” for the industry, and in particular renewable energy.

However, the hope is that alongside the development of Mexico’s oil industry will come an emphasis on the less-polluting natural gas sector. New pipelines connecting Mexico with the US could see the industry dramatically grow.

Infrastructure boost
Despite these concerns, there is considerable enthusiasm about the benefits that the reforms will have, not least for the country’s infrastructure. Some of the reforms are looking at developing the country’s pipelines, with connections to natural gas in Texas potentially transforming Mexico’s gas provision. This will come in the form of the Los Ramones pipeline, which currently delivers around 2.1 billion cubic feet of natural gas from Texas. According to the IHS, that figure could increase by another 3.45 billion cubic feet as a result of future investment.

Giving the industry a new lease of life could have wider repercussions for Mexico’s economy and some of its poorer regions. The IHS’ David Crisostomo, an analyst on natural gas and power, added: “These pipeline investments are needed to connect the regions that don’t currently have access to natural gas. As a result, fuel-oil generation is still being used in regions such as the northwest, which is more costly than gas. This means Mexican consumers and manufacturers pay more for electricity when compared to their US neighbours.”

The improved infrastructure will mean many of these regions will start to get much better access to fuel, helping them to grow their own industries substantially. “Access to more affordable power will not only enable the petrochemical industry to grow and flourish, but also many other industries, such as automotive and consumer goods production. The process will take some time, but the impacts for the Mexican petrochemical industry, the manufacturing base, and the economy will be positive, and the power sector is pivotal to this success”, Crisostomo added.

While the intentions of Nieto are to clearly get the industry moving, it remains to be seen whether he can actually deliver on these reforms. In a country where the rule of law is notoriously ignored, implementing any reforms will prove tough. Another report – this time by global risk management consultancy firm Control Risks – said that regardless of whether the reforms had been passed into law, it was essential that they are implemented in full, without any watering down: “…the passage of legislation and the implementation of the details are not the same thing. Often, the interpretation taken by a government’s myriad bureaucracies and courts can be affected by lobbying and less savoury forms of pressure by interested outsiders, blunting or changing the emphasis of language now written into law.”

Because of this history of bureaucratic wrangling and lobbying, it is unclear whether many of the reforms will actually be implemented. The Control Risks report added: “By that measure, much remains uncertain in Mexico’s energy reforms. The legal structures certainly exist to enable profitable and efficient partnerships between Pemex, CFE and international suppliers, producers and subcontractors. But now the secondary phase is underway and risks abound. Legal challenges may tie up these provisions, forcing amendments or at least delaying their implementation.”

However, the forthcoming reforms to the oil, gas, and electricity markets in December should help to deliver serious investment from private sources, according to Control Risks. “These should serve as the catalyst for serious prospective investors, potential bidders and others interested in participating in Mexico’s new opportunities to begin taking serious soundings of their risk tolerance, mapping sectors and sub-sectors, and investigating in detail just how the business environment ushered in by Nieto’s reforms will translate on their corporate balance sheets.”

Getting Mexico’s energy market will take time, but Nieto’s reputation has been staked on opening up the country’s myriad state-run markets to proper competition. The potential benefits for the energy industry – and wider Mexican economy – are vast. However, concerns over the tumbling price of oil will dampen any rampant enthusiasm. For the government, getting private companies to step in and develop the industry and getting it off their balance sheet will be a welcome move.