The capital market has never before seen the variety of products that are available today, and demands on these investments vary; as do their reputations. Containers have been an attractive alternative for 30 years 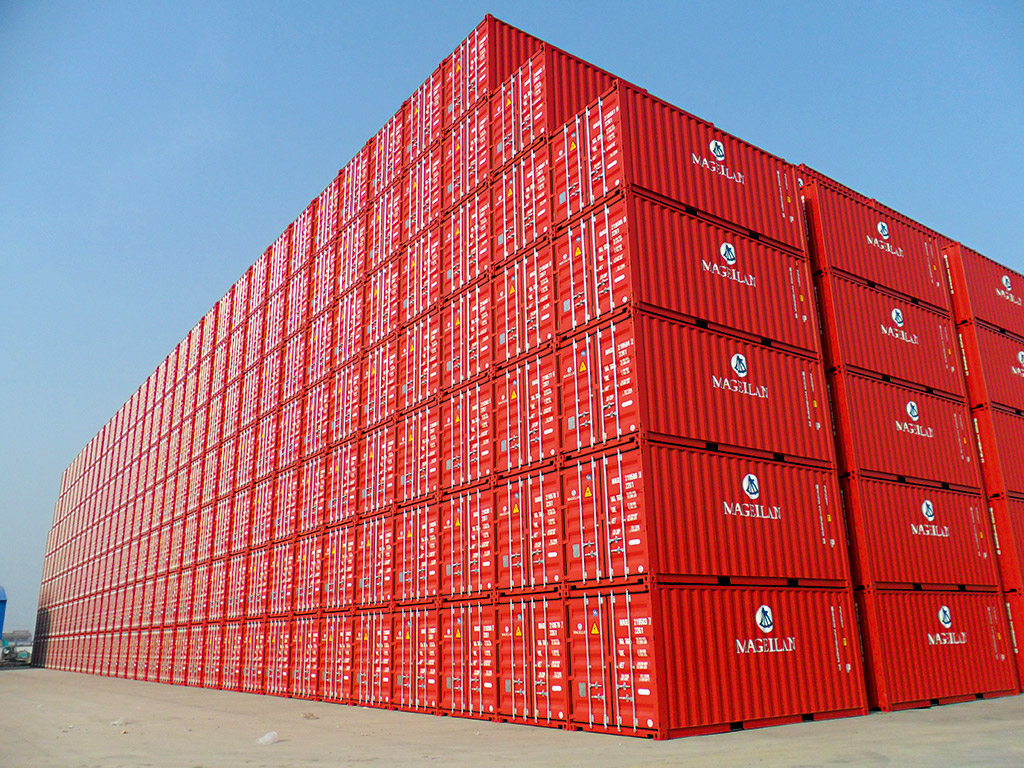 A stack of Magellan containers waiting to be transported. The company has seen a substantial rise in container investment as more and more people recognise them as a solid and financially rewarding way to grow money
Investor Relations | Strategy
Author: Carsten Jans, CEO, Magellan Maritime Services

The traditional savings book is ridiculed for its low interest rate in good times, and lauded as the only safe way of keeping hold of your money in bad times. And the savings book has lost some of its solidity as financial holes in state coffers persist. Nobody who is anybody wants to be caught without investments on the stock markets in good times, but you’d heave a sigh of relief if you don’t have shares when times are more bearish. So are we in good or bad times? It’s difficult to tell these days.

It’s the same story with business investments and participations – they’re in demand for their potential in good times, but only a few are viewed as safe assets in times that are not so rosy. Their security was questioned for years due to the lack of state regulation, but almost all asset classes have since proven to be potential loss-makers regardless of whether they’re listed on the stock exchange or state certified; whether the loss is caused by market factors or mismanagement. The financial crisis of 2008, or rather since 2008, has shed a completely different light on the security aspect in general, and on opportunities and risk assessments – who’s qualified to give investment advice? And more to the point, who can say what’s really happening on the markets as a whole?

Contained investment
Looking at the market first, the statistics show an increasing trend in container traffic that goes back years despite the global crisis; a trend mainly based on the ever-increasing volume of trade due to growing globalisation. This has not only increased the number of container ships, but also the size – and container-holding capacity – per vessel. The enormous investments in container ships as an asset have encouraged liner shipping companies to take on containers that they do not necessarily own, with container vessel and container markets diverging just in the last marine shipping crisis of 2008. Containers are built on demand, depending on orders from liner shipping companies; supply and demand react far more rapidly; and the market dynamic clears the container market far more effectively than it does for ships and shipbuilding project financing.

Containers have come to symbolise globalisation; hardly anything else represents the global networked economy to the same degree. Different types of container have emerged, and increasing numbers and volumes of goods are containerised in packaging for shipping – and the increasing containerisation ratio is still rising. The clock can’t be turned back on globalisation: the flow of goods will continue, and container shipping will continue to develop with it. The share of long-term-lease containers has been increasing in comparison to master-lease containers in liner shipping companies for years, whereas short-term leasing saw a significant drop in leasing payments during the crisis. Master-lease containers were no longer used by liner shipping companies, and increased off-hire container inventory at container leasing companies increased until the world economy came back to life. Long-term leases were mostly honoured. Predictions see an increase in global container inventory from 33 to 38 million TEU (20-foot equivalent unit) over the next four to five years, mainly 20ft standard and 40ft high-cube containers – predictions that are a reasonably safe bet since annual replacement and ships yet to be delivered offer a solid prediction basis. So we will be seeing a need for containers in the coming years.

Investments in this market now have to be placed on a sound financial and legal footing with a proper concept. Two types of investment have emerged on the capital market – funds and direct investments. A fund is an investment in a company that uses borrowed capital to invest in a portfolio of containers belonging to a container leasing company. If possible, the leasing company should be a major player on the market, leasing the containers to a variety of liner shipping companies with good credit ratings for different periods and leasing rates – a scattering effect that secures the investment. Investment funds in niche markets – swap bodies, chassis, tank containers – or in portfolios of dubious provenance or of small scale pose greater risks to investors outside the industry, and should be left to active market players. Container leasing companies ensure optimised container management, paying excess leasing payments to the investor and selling at the best terms at the end of the period, thus ensuring the success of the investment for investors.

Unlike funds, direct investments involve purchasing the containers, taking ownership of a specified number of containers identified by container serial numbers. Investors do not co-own the investment company, but act as the sole agreement counterparty to a container management company that leases containers to liner shipping companies itself or through a leasing company in fixed long-term leasing agreements; the existence of an actual long-term lease agreement secures this investment, but only where reputable lessees with good credit ratings are involved. Whether through funds or direct investments, working with competent and creditworthy counterparties plays a major role in container investment success.

Knowing the right people
Container investments only used to fail when the investor did not take sufficient care in reviewing the four aspects – market, object, concept, and counterparty. Again and again, investors inexperienced in the market seek to invest in niche markets in special equipment with dubious counterparties, and still expect their investment to be successful. It only takes failure in one aspect for the whole investment to fail, however solid the concept.

Investment offers from initiators new to the market often have difficulties in establishing themselves permanently due to insufficient experience and lack of good contacts, and if the investment fails, investors are often left standing with their containers as the counterparty lacks sufficient contacts. Successful investments in functioning markets with standard containers that have been in demand for years and selection of top market players as counterparties have been possible for more than 30 years, and returns of four to seven percent (IRR after tax) can be reached after a standard term of three to six years; however, only experienced market players will offer this kind of investment.

How does a company in the maritime industry manage to remain successful, even during a crisis period? Magellan Maritime Services is continuously gaining new investors despite the tough economic times, and according to the company’s own information, ranks among the world’s top 20 container leasing organisations.

In a period when banks are giving the shipping and transportation sectors as wide a berth as possible, the sea container leasing specialist Magellan is continuing to forge its own path – and this despite the fact that reports of weaknesses in the ship chartering sector and a dramatic decline in container shippers’ cargo business on many shipping routes aren’t exactly inspiring confidence.

The Magellan team derives tremendous benefit from its expertise and the commitment of its staff, as well as the company’s personal contacts and ability to build relationships of trust with shipping lines, container manufacturers and a host of companies in the industrial, financial and business sectors. The figures speak for themselves: Magellan has leased 246,000 TEUs to date, of which 120,000 TEUs comprise containers that are an average of two years old and are currently under long-term lease. Magellan only leases new containers for periods of five years or longer.

“Magellan’s position in terms of direct-investment activities is taking on ever growing importance,” says Magellan Sales Director Axel Roselius. “We’re seeing confirmation of this in the growing number of new investors that we’re attracting and the current 60 percent reinvestment rate on the part of our steady customers; and this is trending upwards.”

For the most part, Magellan steers clear of bank financing; nor does the company have any plans to avail itself of underwriters. In keeping with its motto, ‘keep it simple’, Magellan is a company with a robust one-two punch: it offers investment opportunities in the container sector and, at the same time, acts as a container management and leasing company. The size of the container fleet that Magellan leases to shipping companies has grown steadily over the years, and between January and December 2013 alone, Magellan ploughed some $82m into containers – all of which were quickly snapped up by leasing customers.

Magellan provides its customers solely with direct-investment opportunities, provided that promising offerings of this type are available under the prevailing market conditions. No investment portfolio will be offered during times of market uncertainty or poor market performance. One of the main drivers of the company’s success has been its investment customers, and it does everything in its power to keep them happy by offering them attractive investment opportunities. The company only offers its customers the opportunity to make direct investments in sea containers that are made in China and that are leased from there for five years or more to the world’s top 25 shipping companies.