A series of failed IPOs has highlighted the risks of going public. Alex Katsomitros explores the pitfalls of taking a business to market 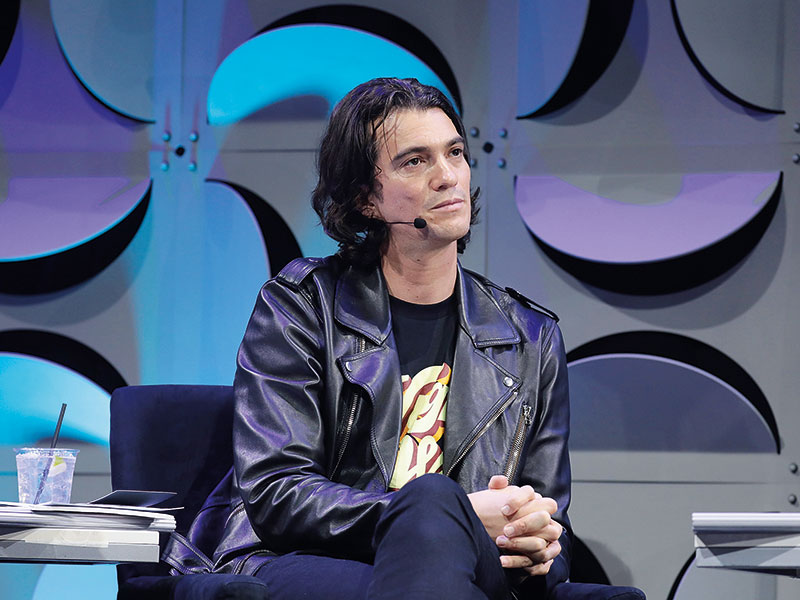 When WeWork filed for a public listing last April, expectations were high. Although the New-York-based company had made its name as an office space rental company, it rebranded as the We Company in early 2019 to prepare the ground for its expansion beyond real estate. With a self-proclaimed valuation of $47bn and start-ups scrambling to rent its coworking offices, the firm aimed to tap into public markets to fund growth.

But it was not meant to be. Filing papers submitted to the US Securities and Exchange Commission (SEC) revealed ballooning losses and a host of controversial practices. Its co-founder and CEO, Adam Neumann, owned a large chunk of properties on lease – an unusual move in the real estate industry that sparked concerns over a conflict of interest. Neumann then cashed out over $700m in stock options before the listing, something that raised suspicions further. Following increased media scrutiny and reduced investor interest – the company was, by that point, being valued closer to $15bn – WeWork cancelled its initial public offering (IPO) and Neumann stepped down as CEO.

For technology firms, being in the black is less important than having a clear vision of how to get there

A fall from grace
WeWork might be an extreme example of an IPO that has gone wrong, but the phenomenon is far from rare these days. In September, Endeavor, a holding company for entertainment and talent agencies, pulled out of its IPO the day before it was expected to list on the New York Stock Exchange (NYSE). Although the company had lowered the offering price, it failed to attract investors.

Even some of the most celebrated IPOs of the past year have failed to produce success stories. Uber and Lyft, two giants of the sharing economy, went public last spring amid investor euphoria over their potential to disrupt the transport industry. Their performance in the stock market so far has been lacklustre, though, with shares trading around 30 percent below their IPO price, as of December 2019 (see Fig 1).

Lise Buyer, a partner at the IPO consultancy Class V Group who was involved in Google’s 2004 listing, told World Finance that regulatory concerns may have played a role: “Since [Uber and Lyft’s] public offerings, there has been a significant legislative change in California’s [Assembly Bill 5 – a law that makes it more difficult for sharing-economy companies to use independent contractors –] that could, if enacted as proposed, have a real negative impact on the [profit and loss] statements for those companies. That’s a fundamental new risk that is currently priced into the stocks, but did not exist at
the time of their offerings.”

According to Aswath Damodaran, an academic currently teaching at the New York University Stern School of Business, other factors might have played a role, too: “IPOs are a pricing game, driven by mood and momentum. The mood shifted for these companies mid-year, partly because of overreach on the part of the IPO companies, partly because of arrogance on the part of founders and venture capital firms, and partly due to just luck.” Red flags
WeWork’s failings can serve as a cautionary tale for companies aiming to go public. Scott Galloway, a professor of marketing at the Stern School of Business, had been a vocal critic of the company long before its predicaments started. He told World Finance: “The We Company, specifically its prospectus, is littered with red flags, ‘yogababble’, invented metrics and bullshit. [Neumann] sold $700m in stock before the attempted IPO and was effectively saying… ‘get me the hell out of this stock, but you should buy some.’”

In Galloway’s eyes, the company lacked a clear vision for the future: “The company’s losses were scaling as fast as its revenue, with no clear path towards profitability. To make up for this, the We Company invented the metric ‘community-adjusted EBITDA’ in its S-1 to provide a false sense of financial stability.”

When it was revealed that Neumann owned properties that were being rented back to the company, the firm shrugged off concerns, responding that the board had approved the deals. That was a tipping point, according to Galloway: “It became clear that this board was failing to uphold their fiduciary duty to the company.” Damodaran believes firms on the verge of going public should acknowledge their shortcomings before it’s too late: “Be transparent about not just your financials, but open about your biggest vulnerabilities and risks and how you plan to deal with them, and talk about the business model that you hope to build on.”

Some of the most prominent backers of WeWork – notably, the Japanese conglomerate SoftBank and its flamboyant leader, Masayoshi Son – have not escaped criticism. SoftBank was forced to take control of the We Company to rescue the firm, reporting a $4.6bn hit. Another investor, Goldman Sachs, had valued the company between $61bn and $96bn, while the main IPO advisor, JPMorgan Chase, has seen its reputation as an investment bank suffer a heavy blow.

“Certainly, there were failures in WeWork and in the leadership, but the willingness to believe the story landed on the heads of the investors and bankers,” Jim Schleckser, a Washington-based consultant to fast-growth start-ups, told World Finance. “This suspension of disbelief was additionally responsible for the incredible destruction of wealth.”

False profits
Tech companies whose IPOs have gone awry tend to have one thing in common: an unclear path to profits. WeWork reported net losses of over $1.25bn in Q3 2019. Uber and Lyft, meanwhile, have never returned a profit, focusing their attention instead on grabbing market share – although both aim to be in the black by 2021. Galloway believes this is a new breed of company: “We have created a new term to classify WeWork, Uber and Lyft: incinerator. [In other words,] firms with low gross margins, [a] lack of operating margins and access to cheap capital.” Some tech powerhouses, including Snap and Uber, even warned investors in the run-up to their listings that they might never make a profit.

The rise of the tech sector has made profitability an afterthought when firms choose to go public. According to data compiled by Professor Jay Ritter, a leading authority on IPOs, three out of four companies that went public in the US in 2017 were making a loss the previous year, compared with an average of 38 percent over the past four decades. Being in the black, it seems, is less important than having a clear vision of how to get there.

Leslie Pfrang, a partner at Class V Group, told World Finance: “[Being profitable] is not important at all if the company can demonstrate convincingly that its model will generate cash somewhere down the line and that management has the ability to dial back spending if situations were to make that a necessity. Often, companies need to spend ‘now’ to effectively realise [the] potential ahead.” Schleckser believes the market has internalised this trend: “Many tech companies are valued on [their] potential for profit rather than [their] demonstrated profits. More material is the growth rate and underlying metrics that demonstrate potential, such as market size, customer acquisition costs and [the] lifetime value of [a] customer.”

Choosing the right time to go public is also paramount. Many tech companies delay their IPO to grow at breakneck speed and achieve a high valuation. “This only works if venture capital firms keep pushing up the pricing as the companies scale up,” Damodaran explained to World Finance. “If they do that, and there is enough venture capital… available, companies will scale up more before they [launch an] IPO.”

Venture capital firms such as SoftBank’s Vision Fund have also been accused of artificially inflating valuations, but this strategy can backfire. As Buyer explained to World Finance: “Private investors and board members appear to have assumed that the public markets would pay any price for certain brand names regardless of changing growth trajectories. In fact, public investors have noticed that, in some cases, they are being offered shares as the slope of the growth curve is flattening, but at prices that suggest otherwise.”

Apple of my eye
One of the lessons the market is learning the hard way is that the era of charismatic founders is over. Since Steve Jobs’ passing in 2011, the tech industry has witnessed a series of false dawns, with several prominent entrepreneurs getting mired in controversy and blunders. For a few years, Tesla CEO Elon Musk seemed to be the most likely candidate to take Jobs’ mantle as the omniscient tech prophet. His reputation received a heavy blow, however, when he announced last summer that Tesla would be going private, only to change tack after the SEC launched a securities fraud investigation into his conduct. A few weeks later, Musk was forced to step down as the company’s chairman. Another prominent founder, Uber’s Travis Kalanick, resigned from his post as CEO in 2017 following pressure from investors over several scandals.

For companies on the verge of going public, the dangers of relying on a charismatic founder can be fatal

For fast-growing companies on the verge of going public, the dangers of relying on a charismatic founder can be fatal. WeWork’s Neumann is a case in point. According to a profile of the entrepreneur by Vanity Fair, Neumann believed that the company was “capable of solving the world’s thorniest problems” and became personally involved in a US Government initiative – led by US President Donald Trump’s son-in-law, Jared Kushner – to resolve the conflict between Israel and Palestine. Over time, it seems, visionary founders can lose the ability to accept criticism. “Arrogance is the most dangerous character defect in investing,” Damodaran said. “When a CEO makes it all about [themselves] and acquires a God complex along the way, my advice is that you stay away from the firm [they] are leading.”

Companies whose governance structures are obscure, complex or grant unlimited control to founders are particularly prone to failure. Many founders own shares that offer them extra voting powers and maintain control after the IPO. Take WeWork, for example: prior to its planned listing, the company created Class C shares through a corporate restructure, effectively reducing Neumann’s tax liability on future profits at the expense of public investors. Neumann’s stock was also worth 20 votes per share, double what other CEOs usually get.

For Damodaran, unscrutinised leadership is a recipe for disaster: “Stop the founder worship and all it entails… [such as] different voting share classes and, in the case of WeWork, dynastic rule, with… Neumann’s wife picking his successor if he became incapacitated.”

Another example of a false prophet is Elizabeth Holmes, founder of defunct biotech start-up Theranos, whose claims of holding groundbreaking blood-testing technology proved to be false. Once the youngest female self-made billionaire, Holmes currently faces 11 criminal charges and will stand trial later this year. According to media reports, she was obsessed with Jobs and tried to imitate him, going as far as recruiting Jobs’ personal friend and chief technologist, Avie Tevanian, as a member of her company’s board.

“Visionary and charismatic CEOs are fun to watch, but the ones that last have a balance of communication skills, strategy and humility to learn and grow,” Schleckser said. “We have to be careful of the Svengali-like leader that brings us all on the journey and causes us to miss some basic questions.”