With technology continuing to grow in speed and capability, it is critical that leaders are able to exhibit the attributes that can’t be replicated by artificial intelligence in order to remain successful 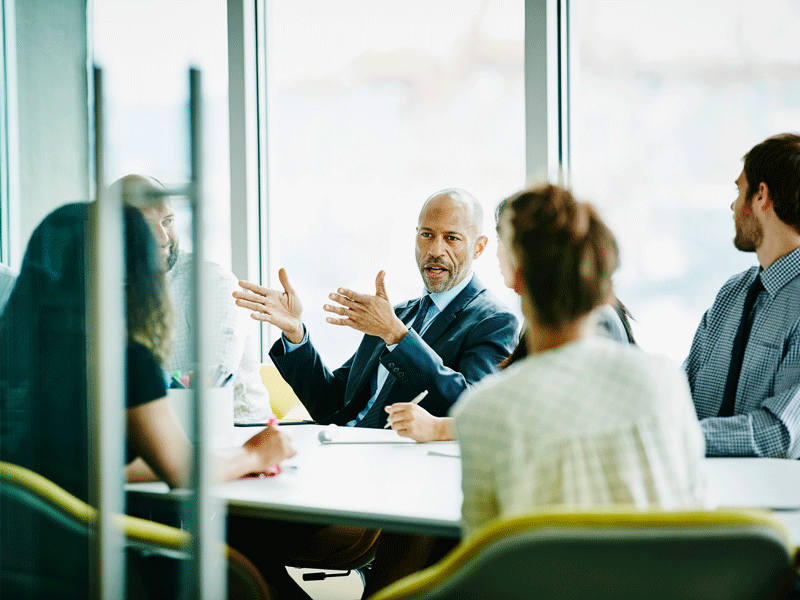 Leaders must understand the potential for technology to drastically reshape many aspects of their business, but the need to exhibit human qualities will remain as important as ever
Strategy
Author: Ricardo Viana Vargas, Executive Director, and Edivandro Conforto, Head of Strategy Research, the Brightline Initiative

In the 1970s, there was talk of an ‘age of technology’, in which work would be all but eliminated and people would live in comfort while mundane tasks were completed by machines. But this life of leisure never arrived. Indeed, what is interesting is that most people are still working long hours; according to a 2015 study by the Bureau of Labour Statistics, people in the US work an average of 1,800 hours per year, with many forced to take on two jobs or work in excess of 70 hours a week.

There is an array of new technologies having an impact on the workplace and the nature of work today – such as artificial intelligence (AI), blockchain and robotics – but we are still figuring out how humans can excel in the technological age. How we maximise technology for the benefit of humanity – and the betterment of our daily lives – is a question that is still in the process of being answered.

Technology’s transformative effect
In recent years, the initial reaction to new technologies has been one of fear. There has been talk of hundreds of thousands of jobs simply disappearing as they fall victim to automation. However, this belief underestimates a number of things. First, work has always been in a state of flux; where people work and how they work is constantly changing. Think of how the advent of the internet has changed the nature of work. The organisations people work for and the environments in which they work have changed, too. Second, people are highly adaptable; individuals and organisations pick and choose from the technologies at their disposal. The challenge is to know enough about the available technologies to make the best selection for your situation both now and in the future.

of leaders acknowledge a gap between their strategy design and implementation

Undoubtedly, the future of work will be different. Decisions will be made and strategies created in incredibly information-rich environments. In the past, having the facts at your fingertips was difficult work – numbers were hard won. Now, thanks to big data analytics and various other technologies, a huge amount of data is at our disposal. How to use it wisely has become the next big question.

Leaders involved in strategic changes should consider three insights. First, humans will always be in control. No matter how advanced the technology is, we will still have humans behind it. The number one barrier in strategy implementation is cultural attitudes, not the lack of technology applied in strategic initiatives. Second, technology is an enabler. In many ways it helps humans to answer questions faster and more effectively, but humans are the ones thinking and asking the right questions in the first place. Third, organisations and leaders should focus on discussing how to become better at strategy implementation, and choose technologies wisely for every condition and challenge they face.

Embracing tech potential
But how can executives be sure to implement successful strategies around the role of technologies like AI and robots in the workplace? They can never be 100 percent sure, but they have to ask whether any particular technology will improve individual and organisational performance. Will it make things better today or tomorrow? If it won’t, why are they using it?

At the same time, executives have to be open minded. Business history is littered with the remains of corporations that refused to embrace new technologies as soon as they emerged – and paid the price. Executives need to understand what technology might mean for their companies and for those who work with them. They need to make informed decisions – and that is harder than it seems.

So the challenge for executives is to understand the potential for technology to reshape their businesses and then to introduce the right technologies at the right time.

Clearly, technology is going to take a leading role in things like gathering market intelligence. This is already pretty well established in many companies. But it is also increasingly clear that there are areas where technology simply cannot yet play a role. The clearest area is that of judgement. Executives now make decisions based on reams of fantastic data, but they still need to be able to sort the wheat from the chaff; they need to be able to make the right call.

Look at sport, for example. A modern football coach has a lot of data about the fitness of their players: whether they kick the ball more with one foot, the areas of the pitch where they make the biggest difference, and so on. But when losing by one goal to nil with five minutes left, a coach has to instantly gauge who is the most tired, which player appears injured, what formation is now needed, among other things. All the data in the world is not going to help; the coach has to reach a judgement and make the right decision fast.

Other necessary skills and areas where robots might not be as good as humans are creativity, empathy and planning. All of these are essential for strategic thinking and implementation. Strategy implementers themselves cannot be automated or replaced by a machine or algorithm.

The key to implementation
Most strategic initiatives fail because of flawed implementation, resulting in a waste of both time and resources. The dynamic interplay between strategy design and delivery starts at the moment an organisation defines its strategic goals and investments. Most leaders appear to understand the importance of implementation and acknowledge that they need to upgrade their delivery capabilities.

At least 59 percent of respondents to the most recent Economist Intelligence Unit (EIU) survey, which was conducted in partnership with the Brightline Initiative, acknowledged a gap between their strategy design and implementation, and recognised its negative impact on organisational effectiveness. That is barely an improvement on the 2013 EIU survey, in which 61 percent of respondents admitted to performance-sapping shortfalls in implementation.

There is, however, no single true path to implementation excellence. That is because there are several frameworks for strategy design and implementation, and every organisation needs to craft its own recipe for strategic success. We believe this recipe will be more effective when it adheres to a set of core principles.

Getting things done is hard work. It requires constant communication, focus, transparency, honesty, feedback and much more. But fundamentally it is about people – bringing the best possible people to the task and maintaining their motivation and enthusiasm to promote team engagement and collaboration. Technology can help here; repetitive tasks that do not require strategic thinking, creativity, management or empathy can be automated.

For instance, executives and their teams usually spend a great deal of time and energy preparing status reports, as well as analysing their strategic initiative programmes and projects. While finding, compiling and grouping that data can be automated and perfected by machines and algorithms, the most critical part – the strategic insights and decisions – will be based on the judgements and contributions of humans.

Enduring human qualities
In a world where humans will have machines as co-workers, Brightline’s mission remains as relevant as ever. We develop and provide a holistic knowledge and networking platform that delivers solutions and insights to successfully bridge the expensive and unproductive gap between strategy design and delivery.

All the technology in the world does not necessarily mean that strategy design and delivery will become effectively aligned or completely automated. Technology only gets you so far.

“The reason strategy execution is often glossed over by even the most astute strategy consultants is because it’s not a strategy challenge – it’s a human behaviour one,” argued Peter Bregman in a Harvard Business Review article, titled Execution is a People Problem, Not a Strategy Problem. “To deliver stellar results, people need to be hyper-aligned and laser-focused on the highest-impact actions that will drive the organisation’s most important outcomes. But even in well-run, stable organisations, people are misaligned, too broadly focused and working at cross-purposes.”

For example, Brightline’s sixth Guiding Principle is to “promote team engagement and effective cross-business cooperation”. Focusing on gaining genuine buy-in from middle and line managers by engaging them as strategy champions requires empathy, communication and planning – all human traits.

Technology presents huge leadership challenges, as well as great opportunities. It allows leaders to make decisions based on clear evidence and communicate with colleagues 24/7. But at the heart of leadership are human factors such as trust, empathy and a sense of community, all of which are essential for leaders in the age of technology.