Over the last few years, elections and a new budget have helped to improve Lebanon’s economic prospects. Its banking sector, in particular, continues to be an engine for positive growth 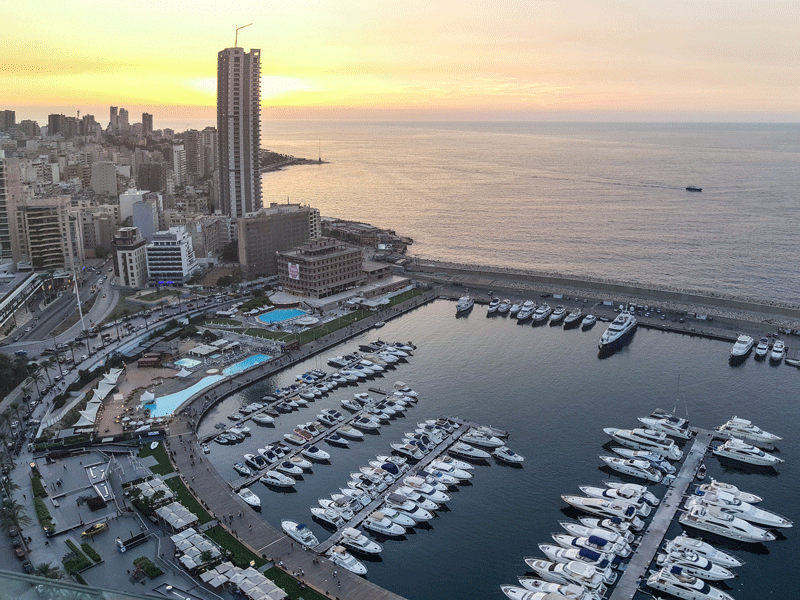 Beirut, Lebanon. For more than a decade, the Middle Eastern country has been suffering from a protracted period of subdued expansion as the traditional engines of growth were subdued
Business Education | Strategy
Author: Dr Mazen Soueid, Chief Economist, Bankmed

Against the backdrop of prolonged regional instability, Lebanon has bucked the trend and resumed its institutional functioning. In line with recent presidential and parliamentary elections, the passing of a 2018 budget marks the beginning of a new political paradigm in the country. Indeed, the budget, which reduces the deficit by one percent of Lebanon’s GDP, serves as a crucial step towards unlocking new investment opportunities. This is especially apparent following the passing of a partnership law between the private and public sectors, as well as the approval of a petroleum tax law that completes the legal framework governing the oil and gas sector in Lebanon. Furthermore, the CEDRE conference, which was held in April and brought together 48 countries and institutions to support an ambitious capital investment plan by the Lebanese Government, is a potential game-changer for future growth opportunities through infrastructure investments.

Although some industries have taken a back seat amid regional disturbances, a robust banking sector remains the anchor of stability in Lebanon

At the same time as these developments, the prevalence of security in the country has contributed to an uptick in tourism, with the number of tourists exceeding 853,000 during the first half of 2018. Tourists from European countries reported the highest annual increase – 12 percent – to reach more than 300,000 during the aforementioned period.

Nonetheless, unrelenting regional tensions, coupled with a difficult internal operating environment, continue to burden the overall economic and operational environment in Lebanon. For the past seven years, Lebanon has been suffering from a protracted period of low growth, with the country’s GDP declining from over nine percent in 2010 to less than two percent currently. The traditional drivers of growth in Lebanon are subdued, with a slowdown in the real estate and construction sectors. Spillovers from the conflict in Syria, meanwhile, have also played a key role in today’s low-growth environment. The high influx of refugees has posed significant challenges to the Lebanese economy, weighing down the country’s already strained public services and infrastructure.

The first steps
For over a decade following the assassination of the late Prime Minister Rafik Hariri in 2005, the Lebanese Government has struggled to pass an official state budget. However, when a two-year presidential vacuum was filled with the election of Michel Aoun in October 2016 and the current government was formed, a new state budget was finally endorsed in late 2017, placing the country on a path to financial management and fiscal reform.

Through this step, the government has demonstrated its commitment to instituting fiscal reforms and reducing the budget deficit. The state is also implementing a series of structural reforms in order to revitalise the fundamental drivers of growth by encouraging job creation, investment and productivity. Furthermore, at the CEDRE conference, the government pledged to reduce the deficit by five percentage points over a period of five years. This move is crucial to diminishing the country’s debt-to-GDP ratio, which stood at 153 percent in 2017. Fortunately, the 2018 budget achieved the first reduction in several years.

On another note, Lebanon has successfully maintained a stable peg against the dollar, supported by ample international reserves that exceed $44m, while gold is valued at $11.40 per gram. Thanks to the prudent measures adopted by Lebanon’s central bank, Banque du Liban, the local currency continues to be shielded from any impending challenges.

Anchor for stability
Although some vital industries have taken a back seat amid continued regional disturbances, a robust and well-regulated banking sector remains the anchor of stability in Lebanon. Indeed, the sector continues to exhibit a remarkable ability to weather shocks by capitalising on its high liquidity, solid capital adequacy and rigorous regulatory framework. As such, the banking sector continues to fund the public deficit and has stimulated lending activities for an increasingly dynamic private sector.

The solid performance of the banking sector is echoed through its maintained credit rating, which underpins its stability and sustained activity. In its recent report, Fitch affirmed a stable outlook for Lebanese banking, noting that its risk factors are low. The same stable outlook was also cited by Moody’s, which noted that the Lebanese financial system maintains considerable liquidity buffers. These buffers are driven by Banque du Liban’s large gross foreign reserves, which reached $44.4bn as of July 15, 2018 – a more than adequate buffer when matched against imports or foreign currency debt.

The banking sector has sustained this momentum thanks, in part, to the backing of strong quality assets, which exceeded 360 percent of Lebanon’s GDP. Aided by a vigorous funding capacity, total assets expanded by 12.3 percent to reach $232.3bn in May. In terms of liabilities, customers’ deposits recorded an annual growth rate of 3.3 percent during the same period. It is worth noting that customers’ deposits drive banking activity in Lebanon, meaning there is a low reliance on capital markets, with aggregate private sector deposits constituting 74 percent of total liabilities.

In view of the continued slowdown in economic activity, coupled with rising interest rates, the lending growth of commercial banks has decelerated, placing emphasis on maintaining strong liquidity, solvency and good asset quality. In addition, Lebanese banks will continue to strengthen their anti-money laundering efforts and take steps to counter the financing of terrorism in line with international standards.

Signs of growth
In 2017, Bankmed adopted a prudent financial strategy to serve as a road map for its operations. This strategy, coupled with a balanced-risk approach, enabled the bank to reinforce its standing among leading Lebanese banks, despite the domestic and regional adversities that continue to impact the Lebanese economy.

The bank’s total assets grew by 3.8 percent to stand at $16.6bn at the end of 2017, while total loans were valued at $4.4bn. On the liabilities side, total deposits expanded by around eight percent to reach $13bn, compared to a growth of 3.8 percent for the Lebanese banking sector more generally. This signalled strong customer confidence in the bank, underlining its impressive ability to attract new deposits in spite of challenging local and regional conditions.

In terms of profitability, Bankmed registered an increase in its net operating revenues, which exceeded $672m – an annual increase of 10.3 percent. This allowed the bank to increase its provisions for credit losses by approximately $115m by the end of the year, highlighting the management’s commitment to bolstering the bank’s position and strengthening its provisions. In parallel, the bank booked a $54.3m goodwill impairment on investments in its Turkish banking subsidiary. As a result, Bankmed’s net income for 2017 stood at $104.4m.

By the end of 2017, the bank’s capital adequacy ratio reached 15.8 percent, exceeding the 15 percent regulatory requirement set by Banque du Liban, while its foreign currency liquidity ratio stood at 43.9 percent, surpassing the 10 percent regulatory requirement. Accordingly, high liquidity and strong capitalisation remain among the key fundamentals that the bank’s management continually focuses on.

Brighter times ahead
The Lebanese Government recognises that the implementation of structural and sectoral reforms are critical to removing growth bottlenecks and supporting external balancing. Consequently, the government outlined its vision for stabilisation and growth at the CEDRE conference, which, as noted earlier, was held with the aim of supporting the Lebanese Government’s capital investment plan.

This vision, which rests on four main pillars, calls for: increasing the level of public and private investment; ensuring economic and financial stability through fiscal adjustment; implementing essential sectoral reforms; and developing a strategy for the reinforcement and diversification of Lebanon’s productive sectors.

CEDRE will allow funds for infrastructure, one of the country’s most prominent investment opportunities, without having to further burden the fiscal situation. If reforms are properly implemented and CEDRE is set forward, investment opportunities will ensue. This will reflect positively on real GDP growth, allowing it to reach 4.1 percent in five years from now. On the other hand, if these reforms and CEDRE are not put into place, growth is expected to slow further over the same period. The implementation will also reflect positively on the budget balance, which is expected to drop to 6.4 percent in the next five years, instead of widening to 13 percent in that timeframe.

Similarly, global consulting firm McKinsey has set out its vision for Lebanon’s economy, with recommendations ranging from building a wealth-management and investment-banking hub, to becoming a provider of medicinal cannabis. The report has also proposed some “quick wins” to ease the economic slowdown.

Moving forward, adopting McKinsey’s proposals and implementing structural reforms as per CEDRE’s requirements shall put Lebanon on the right growth path and pave the way for potential investment opportunities. Besides, the endorsement of the public-private partnership law will enable banks to take part in projects pertaining to infrastructure reconstruction. Likewise, the oil and gas sector harbours lots of favourable opportunities that Lebanon’s economy can capitalise on.