Lebanon has weathered numerous storms in the not-too-distant past, but with a strong push from the government and a new public-private partnership law, the country could soon return to its former glory 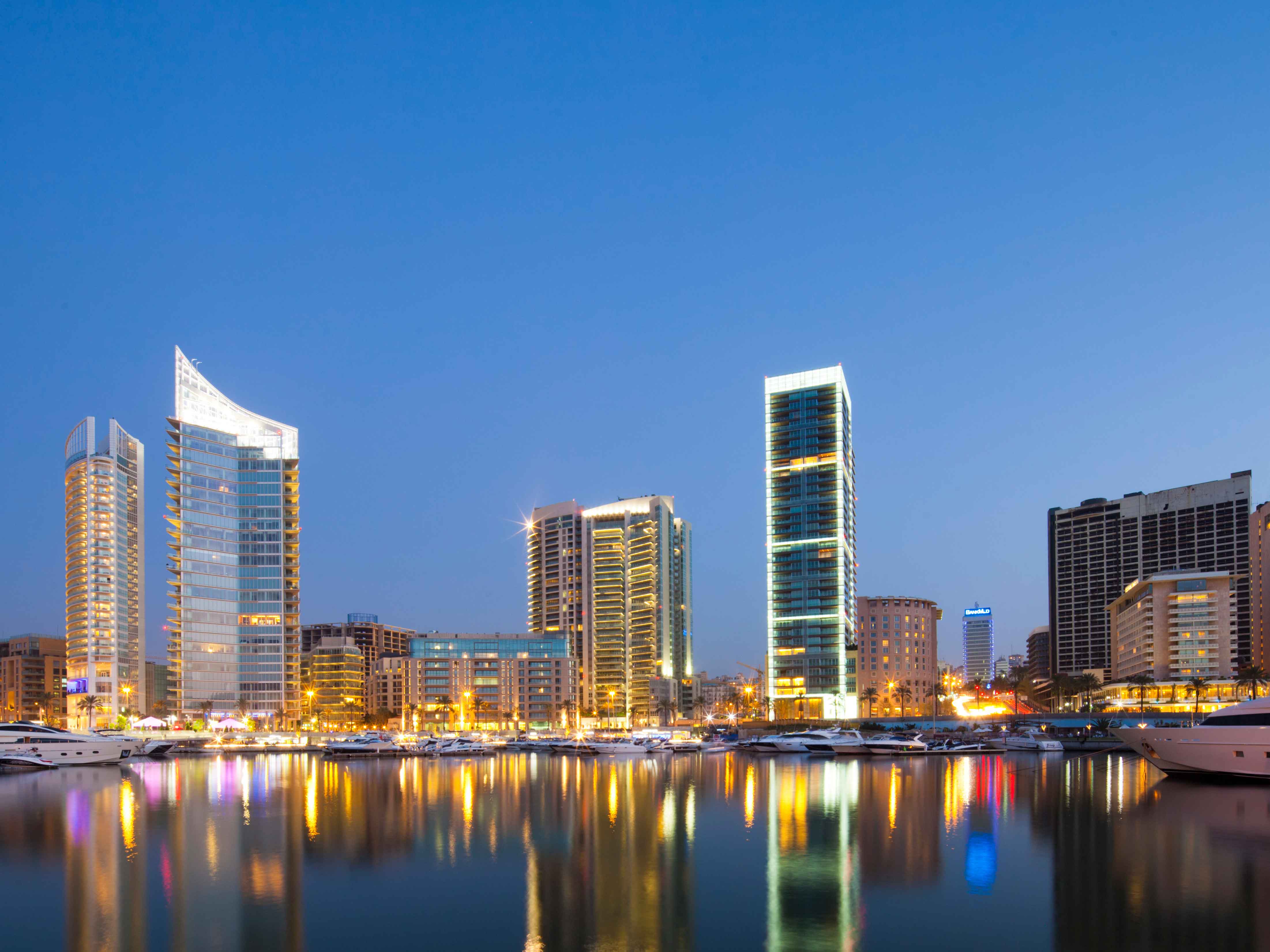 Beirut, Lebanon. Public-private partnerships involved firms like Bankmed could aid in the completion of existing infrastructure projects and the launching of new ones in the country
Banking | Commercial banking
Author: Raoul Nehme, Executive General Manager, Bankmed

As stipulated in its constitution, Lebanon has a free economy that guarantees entrepreneurship and ownership of private property. This framework has enabled the private sector to play an instrumental role across various economic fields, namely within the services and financial sectors, which represent 70 percent of national income. The active participation of the private sector has also played a pivotal role in shielding the economy, which is constantly put to the test amid continued domestic and regional upheavals.

However, private intervention did not seep into all sectors in Lebanon’s post-civil-war era. Financing basic infrastructure, for instance, was carried out in a different manner, with limited participation from the private sector contrasted with a heavy reliance on borrowing. Accordingly, the process placed a hefty burden on the Lebanese Government as it grappled with financing to support the development of roads, electricity, water supply and telecoms networks.

Today, the enactment of a public-private partnership (PPP) law will create new prospects for the completion of existing projects and the launching of new ones. More importantly, it will create room for banks to take part in these projects and play an instrumental role in the economy.

Lebanese infrastructure
Up until 1975, Lebanon boasted some of the best infrastructure in the region. This status enabled the country to assume a competitive role as a financial services provider. However, the Lebanese Civil War, which extended from 1975 to 1990, reversed the equation as the major connectivity elements within the country were destroyed. Meanwhile, other states – namely in the Persian Gulf – have been developing their infrastructure at a rapid pace.

The end of the Lebanese Civil War marked a new era for reconstruction, as the country embarked on an ambitious social and economic reform programme initiated by the late prime minister, Rafik Hariri. The Horizon 2000 programme aimed to restore Lebanon’s key role as a centre for the region’s commerce and finance. Subsequently, numerous international companies returned to Lebanon with the aim of reconstructing physical infrastructure.

The period from 1990 until 2005 witnessed feverish building activity, with the booming development of roads and rise of apartment blocks. Unfortunately, this boom came to an end with the 2006 Israeli-Lebanese conflict: the conflict resulted in thousands of casualties and the destruction of homes, bridges, fuel stations, dams and roads, in addition to causing significant damage to Beirut’s international airport and the ports of Beirut, Tripoli and Jounieh.

Although 97 percent of the damage has since been repaired, the overall infrastructure in Lebanon continues to lag behind regional and international trends. This is profoundly impacting the development of other sectors and major industries. Key infrastructure has still not been fully reinstated, while the public services that existed prior to 1975 have not been reinstalled, nor developed to cater for the country’s growing population and economy. Basic utilities such as power, water and sewage are not supplied at a national level, nor on a sustainable basis. Moreover, social infrastructure and services are scarcely offered. In turn, public land transport is not organised and rail transport services still do not exist.

Most recently, the Syrian Civil War has had its own toll on Lebanon. The presence of more than 1.5 million Syrian refugees in the country has led to its infrastructure deteriorating more rapidly than ever, specifically in terms of energy supply.

Financing challenges
The energy sector, in particular, has been paying the high price of run-down infrastructure and the prolonged existence of challenging political, technical and managerial conditions. During the Lebanese Civil War, most of the grids were damaged, while illegal links and connections to electricity networks were produced. The manipulation of power meters also became commonplace. These practices, which continue today, have caused further damage to functioning grids and brought about additional maintenance and repair costs. They have also exhausted the financial abilities of the government, which remains incapable of meeting domestic needs while battling with high costs and finding proper means of supply. The situation has been intensified by the energy consumption of refugee populations, with the overall national output increasing by 25 percent. What’s more, the illicit connections made by refugees in need of resources have strained the country’s electricity infrastructure, causing damage to existing electrical poles and cables.

Moreover, the subsidisation of state power provider Electricité du Liban (EDL) poses a serious challenge to the Lebanese Government; transfers to cover EDL’s ongoing financial losses have placed additional stress on the state’s budget. This situation has also meant that government expenditure on other essential matters – such as infrastructure, social security, health and other social and economic projects – has been reduced. Transfers to EDL increased by 14.5 percent (or $450m) from January to November 2018, reaching a total of $1.54trn by the end of the period. This was mainly driven by higher payments to the supplying companies, Kuwait Petroleum Corporation and Sonatrach, given the surge in oil and gas prices.

Subsidising electricity is not the only factor that has been draining the state’s finances. In fact, the country’s growing debt (see Fig 1) and rising personnel costs limit Lebanon’s financial horizons and restrict opportunities for domestic financing. Personnel costs account for the main bulk of current primary expenditures, rising by 18.9 percent ($310m) year-on-year from January to April 2018 to reach $1.94bn, compared with $1.63bn during the same period in 2017. This increase reflects the impact of the new salary scale for public sector employees.

New opportunities
The enactment of the PPP law will create new prospects for the implementation of existing and future projects within Lebanon. However, the endorsement of this law cannot be dissociated from the international donors conference, CEDRE, which was held in April 2018. Its aim is to back the Lebanese Government’s Capital Investment Plan and support the Lebanese economy, in particular through the financing of infrastructure projects.

The government outlined its vision towards stabilisation and growth at CEDRE. This vision, which rests on four main pillars, calls for increasing public and private investment, ensuring economic and financial stability through fiscal adjustment, implementing essential sectoral reforms and developing a strategy for the reinforcement and diversification of Lebanon’s productive sectors.

CEDRE will provide funding for infrastructure – one of the country’s prominent investment opportunities – without having to further burden the fiscal situation. If reforms are properly implemented and CEDRE is set in motion, investment opportunities will spark. This is expected to reflect positively on real GDP growth, allowing it to reach 4.1 percent within five years of the project’s start date. On the other hand, if these reforms and CEDRE are not put in place, growth is expected to slow over the same period. The implementation will also reflect positively on the budget balance, which is expected to drop to 6.4 percent in the next four years instead of widening to 13 percent within that time frame.

Similarly, global consulting firm McKinsey & Company has set out its vision for Lebanon’s economy, with recommendations ranging from building a wealth management and investment banking hub to becoming a provider of medicinal cannabis. The report has also proposed some “quick wins” to ease the economic slowdown.

Investment breakthrough
The endorsement of the PPP law will enable banks to take part in numerous projects pertaining to infrastructure reconstruction. Needless to say, adopting McKinsey’s proposal and implementing structural reforms as per CEDRE’s requirements will put Lebanon on the right growth path and pave the way for potential investment opportunities. Similarly, the oil and gas sector harbours lots of favourable opportunities that Lebanon’s economy can capitalise on.

With respect to Bankmed, the bank looks forward to capitalising on these opportunities, since it is well positioned to finance infrastructure projects once matters are put on the right track. The bank has the financial capabilities and the qualified team required to handle large infrastructure projects, having played an important role in funding the reconstruction of the country in the 1990s. It is also worth noting that Bankmed was the first bank in Lebanon to host a forum aimed at addressing Lebanon’s oil and gas potential, foreseeing the opportunities that lie within this sector.