The Lebanese banking sector has a record of resilience, which has allowed it to grow steadily over the years, despite political instability and harsh regional conditions 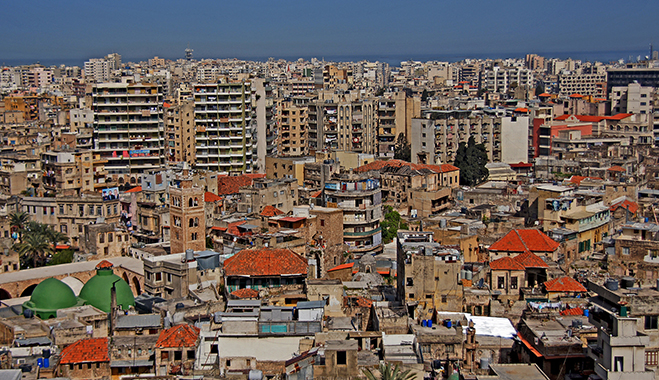 Large and well developed, the Lebanese banking sector constitutes one of the main pillars of economic stability in the country as it has continued to weather shocks and overcome challenges. Despite unstable domestic conditions and regional disturbances that occurred in light of the Arab Spring phenomenon, Lebanese banks’ assets witnessed an average annual growth of 8.5 percent; private sector deposits grew at an average annual rate of 8.3 percent, while loans to the private sector recorded an annual average growth of 11 percent.

The banking sector activity is driven by customer deposits, which constitute the main source of funding and account for around 83 percent of total liabilities, reflecting the stable funding source with low reliance on capital markets. In addition, the size of the banks relative to GDP has allowed them to fund both the public and the private sector, with loans to the private sector representing 93 percent of GDP. Still, the banks remain highly liquid with a loans-to-private sector deposits ratio of 30.5 percent at the end of 2013, one of the lowest ratios among emerging economies.

Moreover, the Lebanese model of high liquidity and credit discipline inspired confidence from local and foreign depositors. The sector has gained experience in risk and crisis management, as well as having shown a counter-cyclical response following the global financial crisis of six years ago.

Lebanese diaspora
Lebanese banks operate within regulations and ceilings that they set for themselves, in addition to other regulatory measures set by the monetary and supervisory authorities. Banks in Lebanon operate in compliance with the Central Bank of Lebanon and the Banking Control Commission’s rigorous and stringent regulatory framework and supervisions.

This culture has played a major role in organising and developing the work of the banking sector, thus enhancing confidence and stability. The confidence in the sector was not affected by the latest events in the Arab countries, where some Lebanese banks are present. Guided by the Central Bank of Lebanon, Lebanese banks were quick to take additional general provisions against their lending activities in these countries, thereby maintaining growth in their profits, albeit at a slower rate.

Furthermore, the resilience of deposits is also due to the widely diffused Lebanese diaspora, which has been loyal and committed to the Lebanese banks. This provides significant opportunities to the sector by offering them tailor-made services. This large diaspora has had a direct positive impact on the banking sector. As such, Lebanon has been and remains one of the top receivers of remittances among MENA countries over the past years (see Fig. 1).

With respect to investment, Lebanon has the ability to attract investments, even with the overall slowdown in economic activity in many emerging and Arab economies. This is attributed to its strong economic fundamentals, sound banking system, and open economy. New gas discoveries in Lebanese waters represent great economic opportunities for the country and offer prospects for the economy to attract foreign direct investments in oil exploration.

The oil and gas discovery will therefore help Lebanon take a step toward self-sufficiency in oil by satisfying domestic demand. Substantial government revenues from those resources are expected beyond 2017, which could turn the fiscal deficit to a surplus, strengthen economic growth, and narrow the debt-to-GDP ratio. With respect to Lebanese banks, the oil and gas sector is undoubtedly a promising one, and it can play a major role in terms of attracting foreign direct and long-term equity investments. Moreover, banks have the capacity and liquidity to fund related projects. Therefore, this new sector could even contribute to the expansion of investment banking business in Lebanon.

Looming challenges
On the other hand, some challenges still lie ahead since Lebanon is a highly indebted country. This condition renders Lebanon particularly vulnerable and lowers the chances for investments in key strategic sectors. The inherent structural issues facing the Lebanese economy were more recently aggravated by the continuing turmoil in the region, which weighs down on the economic growth prospects. The Lebanese banking sector is not insulated from current events, and it is natural that the sector will be affected by the economy.

On the other hand, there is no fear in terms of the solvency and liquidity of Lebanese banks. The high liquidity provides Lebanese banks with high immunity and the ability to absorb shocks. Additionally, gold and foreign currency reserves jointly cover around 178 percent of Lebanon’s foreign currency debt, which is equivalent to about 26 months of imports, ensuring further resilience of the banking system, which holds most of this debt. Thus, Lebanese banks have both the capacity and the ability to play a major role in the coming revival of the economy.

All these factors show that the future carries great promises for the Lebanese banking sector. Lebanese banks are drivers of confidence and therefore generators of financial stability and economic growth. The Lebanese financial market and the banking sector in particular have proven extremely resilient. This proves the importance of maintaining the stability and the good reputation of the sector, as it remains the main financing source of the Lebanese economy.

Regional presence
BankMed has been able to grow its business and to expand and strengthen its local, and regional presence in spite of the recent global and regional developments. What differentiates BankMed today from the others is its regional presence in high-growth countries with significant growth potential. The bank enjoys a widespread presence over the Lebanese territory through a network of 60 branches in addition to a strong existence in the region with one branch in Cyprus and two in Iraq, where it offers a wide range of products and services to individuals and corporations. BankMed’s operations also extend to Switzerland, where it fully owns a subsidiary private bank, BankMed Suisse, as well as to Turkey through a commercial bank, T-Bank, and Saudi Arabia with an investment banking arm through the SaudiMed Investment Company.

As a growing regional financial institution, BankMed has a strong commitment to investing in innovation and technology in order to keep pace with the demands of a more global and mobile client base, as well as with the fast changing financial landscape. As such, the bank adopts the latest banking technologies to meet the highest international standards of best practices. Moreover, the bank emphasises continuous employee training and development in an aim to allow its staff to realise their potential and capabilities.

Locally, the bank focuses on greater diversification through a stronger emphasis on SMEs and retail banking. Furthermore, BankMed established Emkan Finance SAL; a Lebanese financial institution licensed by the Central Bank of Lebanon to provide the productive workforce in low-income brackets with access to microfinance services. The bank is also a market leader in corporate banking and investment products.

In addition to the traditional treasury services, BankMed offers a strong variety of innovative tailor-made and off-the-shelf investment products to its customers. Brokerage services – available in all major markets – are handled by MedSecurities Investment SAL, BankMed’s wholly owned subsidiary. Internationally, the bank has had a well thought expansion policy, with presence in selected markets with sustainable growth potential. As such, BankMed’s performance has been remarkably positive despite the global, regional, and unstable local conditions.

Moving forward, BankMed’s strategy is focused on expanding its client base further by taking advantage of new innovations and technologies. Meanwhile, the bank’s contributions to Lebanon’s financial, commercial and industrial sectors continue to greatly aid growth in the country