Jammal Trust Bank’s goal is to bring banking services to Lebanon’s unbanked population, and to beckon in a new era for the country’s banking sector 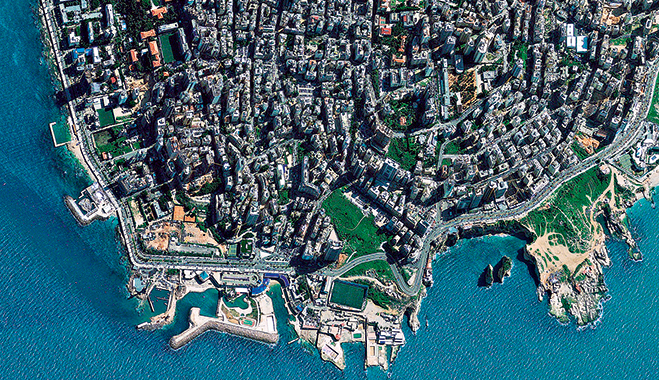 Still recovering from a 15-year long civil war and surrounded on all sides by political instability, Lebanon’s economy has rebounded (see Fig. 1) with the help of a resurgent banking sector and an improved marketplace for SMEs. Today, Lebanon’s once inhospitable economic climate has been transformed into a haven for low and middle-income businesses and individuals looking for a financial safety net, and an attractive proposition for foreign governments.

“Banking has been at the forefront of almost everything in Lebanon,” says Anwar Jammal, Chief Executive of Jammal Trust Bank (JTB). “The Lebanese Civil War saw us move onto the backburner somewhat, but we have reinvigorated the country’s banking prowess.” Since Jammal was appointed to the board in 2005, the bank has been on a mission to restructure and revitalise its business, beginning with the country’s lowest income bracket, and later expanding to niche commercial loan segments and increasingly competitive retail products and services. Lauded as the region’s fastest-growing bank, JTB boasts a comprehensive portfolio of products and services with appeal for millions of customers from all walks of life.

What was once the Middle East’s financial centre, prior to Bahrain and Dubai, remains a remarkably well-developed and mature market, and major industry players such as JTB are today taking pains to bring the sector’s stature back to the heights of years gone by. The enduring issue of Lebanon’s underserved banking public has been left unchecked for too long now, save for a select few institutions, whose commitment to SMEs and microfinance today signals the beginning of a new era.

SME opportunities
“I believe SMEs, especially in Lebanon, are the backbone of the economy,” says Jammal. “A lot of businesses here are what we might call the grey economy. By this I don’t mean something that is illicit, but that they’re usually family-owned businesses where the father might start in a certain industry only for their son to later take over. It’s not a form of company or entity that is usually registered at the ministry of commerce, although these family-owned shops are truly the backbone of the economy, making up roughly 60 to 70 percent of the Lebanese economy.”

Founded in 1963 with a capital base of only one million Lebanese liras, JTB has since become the first bank in Lebanon to really enter the micro credit market, and today roughly 90 to 95 percent of the bank’s customer base consists of SMEs and micro-credit-related customers. By dedicating time and resources to the task of better understanding small-scale businesses and the complex ways in which they perform and contend with everyday problems, JTB has developed an effective model of bringing SMEs into the banking system.

Share of the Lebanese economy made up of ‘grey business’

The principle challenge for Lebanon SMEs, says Jammal, is easy access to financing: “When you go to the bank, they ask for a lot of paper work: what’s your budget, your plan, your long term prospects and so forth. However, with family-run businesses it’s not that simple.” Often, the barriers to entry for SMEs are simply too high, so many smaller enterprises are unable to expand in any significant way or even survive.

“You need to understand the fundamental difference here that their tills and their pockets are one and the same thing. So basically, at the end of the day, they empty the till into their pockets, they go home, they give their kids pocket money, and they buy certain provisions, only to go in again the next day and empty their pockets into the till and start over. This, I think, is one of the major challenges that SMEs face.”

Microfinance in Lebanon
JTB’s commitment to microfinance can best be seen in its average loan size. At an average size of $1,400, the bank’s lending policy is structured in such a way that it specifically caters for SMEs and helps them not only organise their finances but enter the banking system in a formal capacity. Beginning with a loan of $3,000 to $4,000, JTB gives its customers 12 to 18 months to close out the amount in full before offering a second, larger loan. What’s more, the system is preferable to the informal market alternative, which at times charges truly staggering interest rates and often puts borrowers out of business and into debt.

“We try and explain to our customers how we do things, and to explain how they need to start organising their payments so they know they have, for example, an electricity bill that’s coming at the end of the month, a separate utility bill, another payment to be made to the bank, etc,” says Jammal. “We try and get them to organise their finances before we graduate them or give them a second loan that is a little bit higher. From there, we graduate them to the really small business loans that JTB does. So, in actual fact, you’re actually taking – and I use this term with a pinch of salt – the unbanked population and entering them into the system.”

The World Bank estimates that more than 50 percent of Lebanon’s adult population do not have accounts at a formal financial institution. In bringing the country’s unbanked population into the formal banking system, JTB hopes to leverage economic opportunities for the country that otherwise would not exist. Lebanon’s banking penetration, or lack thereof, has for years stifled development in financial services, though a growing focus on microfinance could well turn the country’s fortunes around. “Micro credit, in my opinion, is one of the many catalysts in the downturn of an economy and in job retention,” says Jammal. “A lot of theories and a lot of studies surround microfinance, and you notice that every time something big in microfinance happens internationally it becomes the flavour of the month. I think microfinance sustains an economy, and from 2008 until now – I mean we haven’t felt it that much but it’s certainly the case in the developing world – in what you’d consider a downturn, politicians and economists always talk about job creation. However, what they totally overlook is job retention.”

It is in this same respect that JTB offers SMEs a lifeline, so the bank’s microfinance offerings are important in boosting the country’s long-term economic prospects. In a downturn, workers are prone to losing their jobs, as has been the case in years passed. However, when you give a lifeline to those affected, you effectively sustain the economy.

This theory underpins JTB’s commitment to the lower middle-income bracket and below. By creating micro credit loans and products specifically geared to underserved segments of the Lebanese population, the bank is discouraging those affected from taking out payday loans by offering attractive interest rates with low barriers to entry and broadening the horizons of Lebanon’s SMEs.

Banking challenges
Aside from the opportunities for SMEs in Lebanon’s banking climate, foreign governments are increasingly looking to the banking sector’s culture of secrecy as an attractive proposition. Lebanese banking, according to Jammal, “is pretty much under the microscope in the larger scheme of things,” and harbours a number of hospitable opportunities for international investors.

However, it’s important to acknowledge Lebanon’s banking sector is handicapped by turmoil in the Middle East. “We’re between a rock and hard place at present, but that is more or less political as opposed to anything else,” says Jammal. And while Lebanese banks do have exposure to Syria, Iraq, Egypt and Turkey, the sector seems to have weathered the storm well – although it is still waiting for the dust to settle in Iraq, according to Jammal.

Despite the challenges that remain for JTB and the nation’s broader financial services sector, the bank’s chief executive is optimistic about the company and country’s future prospects. “Our ambitions are to consolidate our market leader position in the SME and microfinance business, and to be able to get more and more people into the banking system,” he says. “It would also worry me, as a banker and a CEO, if some of these people who were unbanked and have started working with us, moved on to another bank, which, for me, means that we’re not doing what we need.”

Provided firms such as JTB continue to meet demands for financial services among Lebanon’s lower earners, the country’s SMEs will drive economic growth onwards and upwards. Without an entry point into Lebanon’s banking sector, as provided by JTB, those in the lowest income bracket are unlikely to penetrate the formal economy and have a measurable influence on the country’s future.