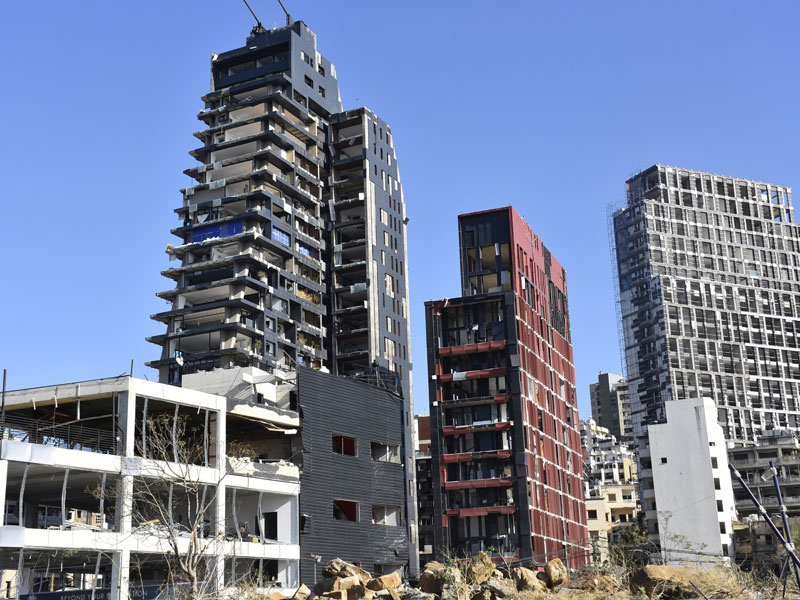 Lebanon is one of the oldest countries in the world. Once upon a time, during the 3rd millennium BCE, it was the centre of culture and trade, serving as a gateway between the Eastern Mediterranean and the Middle East.

Times have changed. Today, Lebanon is known around the world for its shattered economy and destroyed capital. On 4 August 2020, Beirut was torn apart by an explosion so large that shockwaves were felt over 200 kilometres away on the island of Cyrpus. At least 135 people were killed in the blast and 5,000 injured.

The port where the explosion took place was one of the biggest in the Eastern Mediterranean. As such, the blast wiped out a trade hub vital to the import-dependent country. Marwan Abboud, Beirut’s governor, has said that collective economic losses could mount to $15bn.

But the blast was not the first of Lebanon’s troubles. Even before the explosion hit Lebanon, its economy was in dire straits. Its public debt-to-gross domestic product was the third highest in the world. Blackouts were rife, businesses were closing and almost a third of the population was living below the poverty line. The Lebanese government estimates that, by the end of the year, this could rise to 60 percent of the population. This is what happens when a country endures years of corruption, negligence and economic mismanagement.

The tipping point
Over the last few decades, Lebanon has seen its fair share of economic instability. But this current crisis is perhaps its worst in modern history. “Lebanon has been through several economic crises including hyperinflation and banking failures,” said Hicham Safieddine, Lecturer in the History of the Modern Middle East at King’s College London. “But this is the first time these have happened simultaneously, with the entire banking sector – rather than a few banks – experiencing stoppage of payment. It is also the first time this had happened when there is a public debt crisis, a persistent balance of payments deficit and a global economic slump.”

To understand how the situation got so bad, we need to go back to the early 1990s, when Lebanon had just emerged from a fifteen-year-long civil war. Under the pretext of post-war reconstruction, the state began a programme of heavy borrowing. But while it was accruing more and more debt, the country was failing to rebuild itself. “Much of the debt was spent on unproductive investment or wasted through corruption,” said Safieddine.

This finally happened in September 2019, when up to $100bn was wiped from the banks’ coffers. As a result, the exchange rated spiked. A currency crisis was triggered in which the Lebanese pound lose 80 percent of its value. Anti-government demonstrated broke out on 17 October, as the government proposed taxes on tobacco, petrol and services like WhatsApp.

Because the country is so dependent on imports, the devaluation of the pound has had a devastating impact on consumers, who saw food prices rise by 190 percent in May, according to official figures. Lebanese people have taken to Facebook to barter old personal belonging in exchange for diapers and food.

Lebanon needs aid, but securing this is not so easy. Since March, when it defaulted on its foreign debt for the first time, Lebanon has so far struggled to convince the International Monetary Fund (IMF) to provide it with the loan it desperately needs to revamp the economy. To get the loan, the IMF has said, the country must tackle corruption. But this would require no less than a full-scale overhauling of Lebanon’s entrenched patronage system.

A corrupt political elite
According to Fawaz Gerges, Professor of Middle Eastern Politics at the London School of Economics, the origins of the current crisis can be traced back more than three decades. “It’s the result of a free-wheeling neoliberal system with little oversight and checks and balances, systemic corruption by the sectarian-dominated establishment and massive economic mismanagement,” he told World Finance. “The convergence of these three structural factors has brought the Lebanese economy to the ground.”

The first of these factors – Lebanon’s freewheeling neoliberal system – began with Lebanese banker, writer and politician Michel Chiha, whose political ideas, Safieddine explains, had a huge influence on the country during the early years of independence in the 1940s.

“He managed to incorporate his laissez-faire ideology into state bureaucracy and public discourse. Over time, the mercantile-financial class benefiting from this ideology continued to peddle laissez-faire as the secret to the country’s success,” said Safieddine. “After the civil war, a new wave of neoliberal policies introduced by late Prime Minister Rafic Hariri revived laissez-faire ideology to justify conservative monetary and fiscal policies, and the banking sector became a major ally, reinforcing the tropes of laissez-faire through media campaigns.”

Many claim this neoliberal experiment has bred huge inequality in the country. As a result of these policies, many of the country’s social services, like electricity and education, have been privatised while others, such as healthcare, have faced relentless budget cuts. Citizens have been with little to no social protection.

The other problem is corruption. The same political elite that ruled Beirut after the end of the civil war in 1990 is still in power today. Many of them are former warlords from that conflict. Meanwhile, Hezbollah, an Iran-backed militant group, continues to hold enormous power in the country. It’s no surprise that, on Transparency International’s 2019 Corruption Perceptions Index, Lebanon ranks 137th out of 180 countries.

“In Lebanon, and in the Middle East and North Africa in general, you cannot separate the economic from the political. There is an organic link between the two,” said Gerges. “Today’s Lebanon suffers from deep and horizontal fissures among the ruling elite, a rift that is exacerbated by a fierce geostrategic rivalry between Iran and Saudi Arabia. Since the outbreak of the Syrian war in 2011, the Iran-Saudi clash has played on Lebanese streets with a vengeance, with a heavy price, including almost two million Syrian refugees and drying up of most Gulf aid that used to sustain the economy.”

Breaking the cycle
The explosion has inflicted so much damage on the economy and the collective psychology of the Lebanese people that it’s tempting to believe this moment could be a turning point in the country’s history. In the aftermath of the blast, thousands of people took to the streets to call for a regime change. Amid the outpouring of public fury, Lebanon’s government resigned. But while these resignations would seem to suggest that a meaningful political restructuring could be on the horizon, this is unlikely to be true.

“Historically, ruptures and wars serve as a catalyst for transformative change. These earth-shattering developments trigger soul-searching and a willingness to change the rules of the game. Not so in the case of Lebanon, I fear,” said Gerges. “The sectarian-dominated elites will fight to preserve their entrenched interests. It is a life-and-death matter for the ruling elites. The warlords have constructed a perfect structure to consolidate their power.”

In his resignation speech, Prime Minister Hassan Diab blamed resistance by the political elite for his lack of reforms. He said corruption in Lebanon was “bigger than the state” itself, and “a very thick and thorny wall separates us from change; a wall fortified by a class that is resorting to all dirty methods in order to resist and preserve its gains”. With such a broken political system, it’s unclear how the country can achieve the monetary and fiscal reform and legal reform it desperately needs to revive the economy.

As far as Gerges is concerned, civil unrest is the only means by which Lebanon could change for the better. “The people of Lebanon are the most powerful driver that can turn the table on the ruling elites,” he said, “and force them to institute real change. This requires a prolonged social struggle and mobilisation of the people along non-sectarian lines. Change in Lebanon is a marathon, not a sprint.”

Resilience is a value that the Lebanese people have long prided themselves on. In an Opinion piece for the New York Times, Lebanese writer and translator Lina Mounzer argues that this resilience is little more than a myth: “now it has become clear that there is nothing truly resilient about Lebanon except its politicians and ancient warlords, who refuse to step down, even after their profiteering has bankrupted the country and its people”. In the long-term, it’s not resilience that the Lebanese people need in order to overcome this, but resistance.