With instances of employee depression, anxiety and even suicide on the rise across the financial services industry, firms must be willing to provide far better psychological support to their workforce 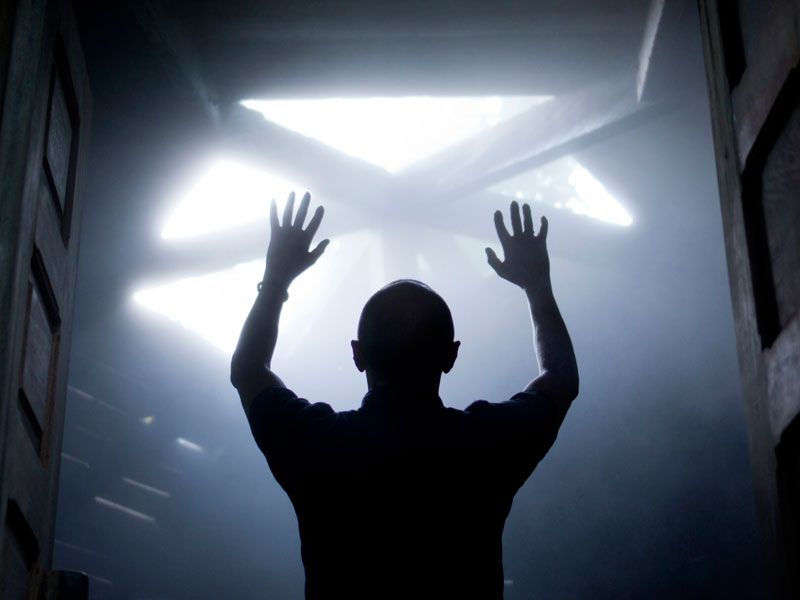 As issues relating to mental health continue to increase in the finance sector, companies have a duty to offer better psychological support to their employees
Business Education | Featured | Strategy
Author: Sophie Perryer

For Alex Johnson, spending 15 hours at her desk was just another day in the office.

“The worst I did was actually 21 hours at my desk,” the former sales manager for a prominent multinational retail bank told World Finance. “It was brutal. Sometimes I’d be sat at my desk for two hours, not even able to go to the bathroom, because I had to get something done to pass it on to [my team]. I was always very conscious of the fact that they were all working in support of me, so I needed to get things through as quickly as possible to try and alleviate the pressure from them. But there was nobody ever alleviating the pressure from me.”

Johnson, whose name has been changed at her request, joined the bank in 2008, just as the financial crisis hit hard and teams were being trimmed to their bare minimum to cut expenses. “The immense cost pressures on financial institutions meant [they] had to have a leaner workforce with less staff, but the workload remained the same.” In such an economically challenging environment, the competition to bring in business was even more intense then it had been previously, which meant going above and beyond to win new clients – even if that involved stretching teams to the absolute limit.

Johnson worked on deals lasting anywhere between six and 18 months, which might see her working 18-hour days for the entire period. “[From the moment you win the business], the client sings the tune and you dance to it,” she told World Finance. “The client sets the project schedule and you have no choice but to meet the deadlines, or you’re out. Because there will be plenty of other people out there who will make those deadlines.”

Financial sector firms – particularly banking institutions – have long been regarded as demanding environments, but the pressure has hit fever pitch in recent years.

In the aftermath of the 2008 crash, with widespread layoffs taking their toll on the industry, those with an employment contract still to their name, like Johnson, were forced to work ever-longer hours in ever-more demanding environments as they watched the world economy crumble around them. It’s little wonder that this took its toll on many workers’ mental wellbeing.

Breaking point
Mental health conditions, and our awareness of how they affect working lives, have become increasingly widespread across the banking sector in recent years. In the UK, 15.4 million working days were lost in 2018 as a result of stress, depression and anxiety, while 62 percent of financial-sector firms reported an increase in mental-health-related illness in the workplace last year, according to a 2018 survey by Aon Employee Benefits.

working days were lost as a result of stress, depression and anxiety in the UK in 2018

In 2014, Johnson found herself suffering from what’s known as a psychogenic condition – a physical manifestation of her mental stress. Struggling with debilitating stomach pains, she found herself in a doctor’s office undergoing various tests to establish the cause of her condition. When no clear physical causes presented themselves, her doctor enquired as to her stress levels. “It sounds so insane looking back at it now, but I honestly didn’t realise how bad it was,” she said. When she began explaining her pressurised working environment, long hours and high-stress day-to-day life, she was referred to a psychologist for assessment, who found that her anxiety levels were “through the roof”. The psychologist compared her to a swan, Johnson said: “On the surface, everything seems very serene, calm and graceful, but below the water, the swan’s feet are frantically paddling away to try and keep it afloat. It’s funny how something as insignificant as that really hits home.”

There was one particular incident that made Johnson truly realise the severity of her anxiety. “I’ve always been very tough, very resilient, very determined – I believed I could get through anything,” she said. “But one morning, I was at London Bridge station, and it was really busy. People were pushing and shoving, and I got knocked about four or five times, and I remember all of a sudden I ended up standing in the middle of the station completely unable to breathe, and the tears started falling down my face, and I thought I was actually going crazy. I’d never experienced anything like that before – I understood later that it was a panic attack – but that was the thing that made me realise I really needed some help,” Johnson told World Finance. She began seeing a psychologist for regular sessions, who, she said, “really understood anxiety – why it happened, what to do about it”. For Johnson, it showed her a path through what she was experiencing, helped her to understand her state of mind and develop coping strategies when anxiety knocked her back.

Sadly, Johnson’s story is not unique within financial services. Executives at the uppermost echelons have been beset by mental health conditions, including Lloyds Chief Executive António Horta-Osório, who took two months off in 2011 after suffering from sleep deprivation and exhaustion, and former Barclays Head of Compliance Hector Sants, who was signed off on medical leave in 2013 due to severe stress.

It has led some to take their own lives: Martin Senn, the former chief executive of Zurich Insurance, took his own life in 2016. Senn had resigned from the company the previous year after a major explosion in China had forced the company to pay out $275m in claims, leaving it in financial jeopardy. According to the US Centres for Disease Control and Prevention, sales representatives for financial and business services are 39 percent more likely than other members of the workforce to take their own lives.

Sea change
In the wake of Senn’s suicide, and the hundreds of others that have occurred among financial services professionals across the globe since 2008, many have speculated over what could have been done to prevent these desperate acts from taking place. Ending the stigma surrounding mental health in the industry and encouraging those in senior positions to discuss the consequences of high-pressure environments is certainly high on that list. “I definitely think there’s a benefit in leading from the top,” said Johnson. “Someone more junior might be afraid of how it would reflect upon them if they admitted they were struggling with the workload; they might worry that it could be career-limiting.” If that discussion were driven by a senior executive, it would establish and reinforce a culture of honesty and an understanding that no one is immune to the pressures of the banking environment.

The option for group or individual psychological sessions within the workplace could also help support those in search of coping mechanismspreventing stress from manifesting as a condition such as depression or anxiety. According to a 2018 survey by Westfield Health, 74 percent of banking and financial services professionals think their employer should be doing more to support the physical and mental wellbeing of their employees, with 42 percent saying they would use emotional wellbeing services if they were available. Counselling options would give employees somewhere confidential and impartial to turn, creating an environment where they could air concerns that perhaps they didn’t feel comfortable speaking to superiors, or even friends, about. Offering this in the workplace would also take the pressure off professionals to seek it out themselves.

“I am someone who is quite resourceful in that sense, in that if I have a problem, I will hunt around for a solution, but I’m also aware of the fact that not everyone is that way,” said Johnson. “I can imagine some people must feel really lost, and not know where to turn. With men in particular, it’s not necessarily the done thing to talk about emotions as much; they might feel really helpless and awful and then they don’t know how to get out of feeling that way. So if somebody was taking care of looking after their emotional wellbeing, it would make a huge difference,” she added.

Companies should be taking action well before that point, though – not solely to tackle mental health issues where they already exist, but to create a culture where they’re not so common in the first place. This might include taking steps to turn down the heat in high-pressure environments, whether that’s by ensuring executives aren’t setting the precedent of absurdly long hours, or introducing flexible and remote working policies for those who don’t need to physically be at their desks every day.

Re-examining benefits packages to ensure they’re actually beneficial for staff is a great place to start. “Companies need to be asking themselves whether they’re just box-ticking when it comes to their wellbeing programme,” said Johnson. “[There’s no point] in giving employees a subsidised gym membership if they’re chained to their desk for 15 hours a day.” Rather, they should consult with staff and focus on introducing practical policies that have a real, positive impact both inside and outside the office.

As within individual companies, industry-wide change begins at the top. “I think it could trigger [a culture change] if you had some big players within the industry make some noticeable shifts in mentality,” said Johnson. After all, the companies driving innovation, progress and evolution also have a responsibility to ensure that they’re doing so in a responsible way – or risk finding that their market-leading position is in jeopardy. Striving for greater returns, better deals and bigger numbers has always been a driving force in financial services – now it’s time to apply that same ambition to making workplaces the most open and supportive they can possibly be.