The Fourth Industrial Revolution was a key topic of discussion at Davos 2019. It’s clear that the companies most likely to succeed in this coming age are the ones to best facilitate collaboration between humans and machines 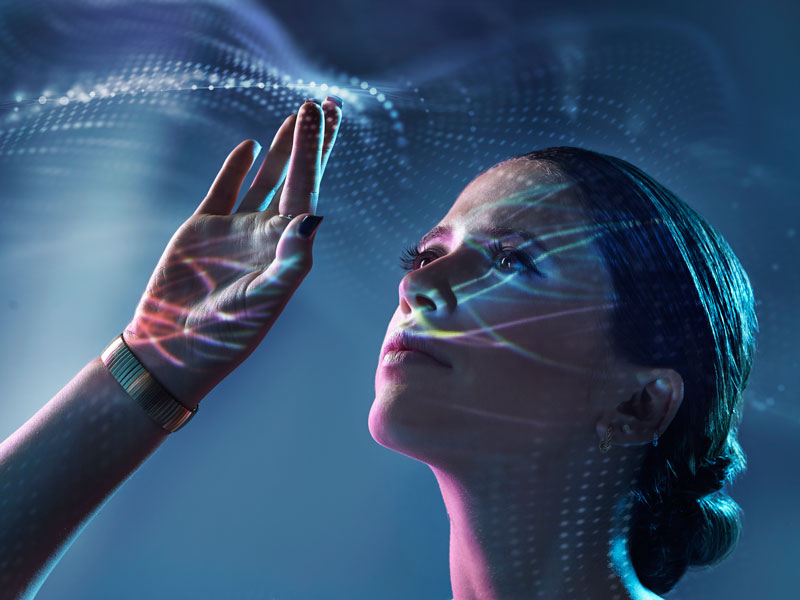 Automation looks destined to transform the way we work. Only those companies who dedicate the time to foster collaboration between people and technology will thrive
Featured | Strategy
Interview with: Murat Bicak, Senior Vice President of Strategy, Project Management Institute

The attendees at this year’s World Economic Forum (WEF) Annual Meeting could hardly help being inspired by the sight of thousands of corporate and government leaders from across the globe, united in their determination to tackle the most important issues facing the world today. Given this year’s theme was Globalisation 4.0, many discussions focused on the coming Fourth Industrial Revolution and the best way of navigating the effects of disruptive technology, how the world might respond to its implications for jobs, and what policy changes will be needed.

There is no question that automation, AI and other technologies are changing the nature of work

For Murat Bicak, Senior Vice President of Strategy at Project Management Institute (PMI), one of the most important issues raised during the many conversations he partook in during the event was the value of relationships, trust and cooperation. It quickly became clear that the only way of overcoming challenges relating to digital identity, privacy and cybersecurity was through collaboration. He spoke to World Finance about why PMI places such importance on workplace relationship-building and how people in a variety of roles across multiple sectors can work together to solve the most critical problems.

How do you make the issues raised at the WEF meaningful to your organisation?
When you listen to the conversations being had at the WEF, three things become immediately clear: first, we are only just starting to understand the complexity of the Fourth Industrial Revolution, and there is a lot more discussion and collaboration needed to fully comprehend it. Second, regardless of the scale, all of these transformative ideas and initiatives will involve a significant amount of change. All changes and strategic initiatives need to be executed and delivered via formal corporate programmes and projects so the benefits being strived for can be fully realised. And third, we must be ready for a future that requires a completely different set of skills than what we have today. We need to get ready for that and we need to work with other stakeholders to help them see the big picture.

At Davos this year, PMI hosted a panel discussion entitled Humans 2.0: Designing and Implementing a Future-Proof Strategy. The panellists stressed the importance of considering the human element within current change, which demonstrates the connection to Davos from a PMI perspective. Our stakeholders are the ones who will ultimately be responsible for executing big ideas in their respective organisations, governments and private enterprises. We must make sure they are prepared.

What impact will artificial intelligence (AI), automation and robotics have on the way people do their jobs, on what jobs people will have, and what training they’ll need?
I believe that, as with prior industrial transformations, the Fourth Industrial Revolution will enable us to be more productive and ambitious than it is possible to imagine today. It’s very important to understand that we are not going to open our eyes one day and find a world in which there are no jobs.

That said, there is no question that automation, AI and other technologies are changing the nature of work and taking away tasks – and in certain cases, jobs. Labour markets are under pressure and we need to invest in developing human capital. On the other hand, as a result of disruptive technologies, there will be a significant amount of new jobs created. Consequently, we may have more jobs and opportunities than we can fill.

The real question is this: what skills are going to be critical to the jobs of the future? Once we know this, we can be sure we are investing in the relevant areas. According to a recent WEF report, by 2022, 54 percent of all employees will require significant retraining and upskilling. It’s the responsibility of every organisation and government to invest in their human capital to make sure that people have the opportunity to make the transition to the next generation of jobs – that means investing in both our existing talent base and preparing the next generation of talent for a future that appears to be coming faster than anything we’ve seen before. It’s called future-proofing the talent base.

Unfortunately, investments in retraining and upskilling aren’t necessarily happening fast enough. The common denominator I heard in Davos was that continuous learning is a critical area that every individual and organisation must invest in. That’s something PMI has been advocating for quite some time.

Which skills will be the most relevant?
As we strive to stay ahead in this time of rapid change and technological advancement, we cannot overlook the technical skills that will be needed – but these alone will not be sufficient. At least as important, if not more so, is the need to develop skills that are uniquely human. So when we think about digital skills, it’s not purely about how we code better or how we become better software engineers – it’s about creating a world where there is significant digital enablement and enhancement of how humans perform their jobs.

Jack Ma, the co-founder and executive chairman of Alibaba, was at Davos. He pointed out that we need to teach kids to be more creative so they can do the things that machines can’t – and will never be able to – do. Creativity is actually part of the digital skill set, although people don’t typically think of it that way. Other skills that will gain more importance are innovation, originality, analytical thinking, persuasion, flexibility and adaptability. These are human skills.

How should we collectively prepare for this new approach?
There has been a startling lack of awareness and attention around the human context. Yes, there are some notable exceptions, such as Alibaba, but I haven’t seen this spoken about much, especially with regard to organisational responsibility for fostering these skills.

I would take Ma’s comment a step further. We need to teach our kids to excel at the skills that are uniquely human. Machines are great at sifting through data and finding patterns, but humans excel at creativity, originality, flexibility and ingenuity. How much do we train kids in those areas today?

When we look at educational institutions, we see incremental change, but most are 20 years behind the curve. We need a revolution to prepare our children for the future in terms of what we teach them, how we teach them and who teaches them. Similarly, the role of organisations in upskilling should also take into account that their employees will have a number of inflexion points in their careers where they need to reinvent themselves. That will put a lot of pressure on organisations as well.

What does this mean for the future of work?
There is no doubt that machines are increasingly going to be a part of the delivery team for almost any kind of project, programme or strategic initiative. We’ll see more and more tasks and functions performed by machines that frankly are better suited to those parts of delivery. That frees people up to do things that only they can: applying judgment, understanding, knowledge and, most importantly, wisdom. A machine can’t offer that.

Instead of fearing the presence of machines, we should embrace them and appreciate the value they provide, while not losing sight of the value that only humans can offer. We need to figure out what the future of work looks like, where machines and humans are collaborating as part of the same team.

Will competitive advantages come from people or machines in the future?
Hypothetically, let’s say you pair a designer with extremely powerful AI to develop parts for industrial machines. The AI can be an excellent tool for generating millions of alternative designs iterating on certain parameters, and in a short time frame, it will be capable of producing a design that a human cannot even imagine. But when human designers see what the AI has generated, they know what will work and what won’t because of the experience, the context and the
intuition that they bring.

Humans can complement AI – they shouldn’t think about competing with it. That combination of the human with a machine is the true source of power. It’s not one or the other; it’s the two together. That’s why I stress the importance of ‘augmented intelligence’, rather than AI. It’s not just a term that is less frightening to people – it more accurately expresses reality.

A company’s biggest asset is its people. That hasn’t changed, and I don’t think it ever will. What has changed and what will continue to change is how humans interact with machines and technology. Companies that are competitive in the future will have to be innovative, which is directly correlated with creativity, ingenuity and authenticity. Competitive advantage will come from how a company understands the value its people offer and how it will enable its people to use their collective creativity to deliver value.