The true costs of tax avoidance

For as long as leaders from low-income countries are excluded from the solution, tax avoidance will inflict costly and sometimes life-threatening consequences on millions of individuals 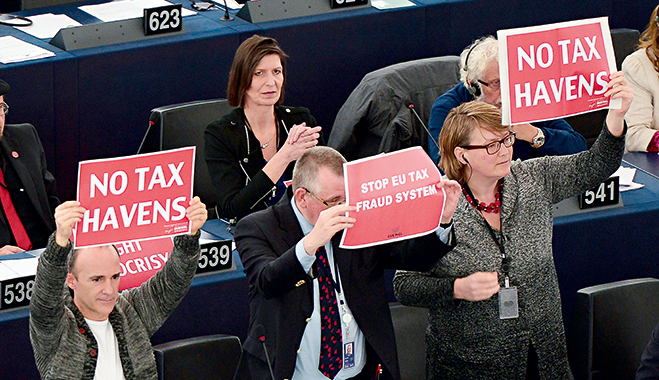 Politicians have been all-too-eager to label 2014 a milestone year for action on tax avoidance, with many of the world’s leading economies having introduced measures to wheedle out any loopholes and shame offending parties. As a result, many a major name has been caught red handed, and discussions on the issue of tax avoidance and its consequences have never been greater; yet those in less-than-major economies are still suffering in silence.

There’s perhaps no better figurehead for the movement than President Obama, who, at a Los Angeles college in July, loudly proclaimed that those employing creative strategies to reduce their tax bills were “corporate deserters who renounce their citizenship to shield profits.” It was with great satisfaction then that the Obama administration ushered in a new era of “economic patriotism”, with the September announcement that so-called tax inversion deals would no longer go unpunished under US law.

“These first, targeted steps make substantial progress in constraining the creative techniques used to avoid US taxes, both in terms of meaningfully reducing the economic benefits of inversions after the fact, and when possible, stopping them altogether”, said Treasury Secretary Jacob Lew in a statement at the time.

This same commitment to fighting tax avoidance was again on show in November, when leaders of the G20 nations agreed to put the issue at the top of their to-do list, and, in doing so, agreed to implement data sharing measures to highlight any irregularities. “We absolutely want companies to pay their fair share of tax and we want them to pay their tax in the jurisdictions where their profits are earned”, said Australian Prime Minister Tony Abbott. “This is particularly important for emerging and developing economies and we’re taking concrete and practical steps to achieve this. It’s about the countries of the world, the people of the world, receiving the tax benefits that are their due and it’s needed so that governments can fund the infrastructure and the services that people expect and deserve.”

However, although the progress made by major economies is well documented and the plight facing poorer nations much talked about, many critics are of the opinion that mature markets are overlooking their poorer counterparts, and excluding them from the debate. This isn’t to say that the issue can only be fixed with the help of advanced economies, but that decisions concerning those in low-income countries should be made with their input.

Developing world losses
Listening only to the statements made by G20 leaders, it would appear that great strides have been taken to protect the fairness of the global tax system and secure revenue streams for governments across the globe. For those concerned about tax avoidance in the wake of the ‘LuxLeaks’ scandal, there was no shortage of information, with politicians keen to highlight the steps taken to clamp down on unethical behaviour. And although the implications for low-income countries were discussed at length, there was a distinct absence of representative voices from the world’s worst-affected nations.

“Corporate tax avoidance has damaging effects in nearly all countries, but the effects of tax avoidance for developing nations are most acute”, says Alison Holder, Tax and Inequality Policy Manager for Oxfam. “Tax avoidance also has very direct and life or death impacts in poorer countries: developing countries are most in need of predictable sources of tax revenue to invest in essential healthcare, education, and infrastructure.”

Studies show that the costs of tax avoidance have a disproportionately large affect on developing economies, and one often-cited Global Financial Integrity estimate puts the price at close to $100bn per year in lost revenue. Another report, compiled by Christian Aid in 2008, entitled Death and Taxes: The True Toll of Tax Dodging, puts the same figure at $160bn, and adds that illegal, trade-related tax evasion will likely be responsible for the death of 5.6 million children through 2000 to 2015.

Here the social and economic costs for developing economies are exasperated by two principle factors: the first, that tax revenue accounts for a greater share of state income than in advanced economies; and secondly, that affected governments generally lack the legislative and administrative resources to tackle the issue head on. In a 2007 speech, Raymond Baker, Founder and President of the Global Financial Integrity Programme, called tax avoidance “the ugliest chapter in global economic affairs since slavery”, and eight years later, the problem is still one of the worst affecting low-income economies. It makes little sense then, that at the G20 leaders’ summit in November, these same nations were allowed little in the way of influence when arriving at a global strategy.

“The corporate tax rules we live with today are from a by-gone era and remain essentially unchanged since the 1920s. Yesterday’s tax system is not fit for purpose – let alone fair – today”, says Holder. “A third of the world’s population is excluded from the current negotiations on global tax reform being led by the G20, for example. Developing countries need to have a greater say in global tax matters and all countries need a seat at the table to fix the broken international tax system.”

One of the key issues discussed at the November summit was the Base Erosion and Profit Sharing (BEPS) project – an action plan run by the OECD and published in July of 2013 to address what flaws remain in a byzantine global tax regime. Focusing on double non-taxation and circumstances whereby profits are made to appear independent of geographical activities, the ambition for those involved is to realise a more consistent global framework. “Taxation is at the core of countries’ sovereignty, but the interaction of domestic tax rules in some cases leads to gaps and frictions”, according to the Action Plan on Base Erosion and Profit Sharing. The international standards have sought to address these frictions in a way that respects tax sovereignty, but gaps remain.

Ironing out flawed regimes
Recent steps to support the issue have taken pains to make clear the problems facing developing economies, a move best evidenced by recent reports commissioned to elaborate on the impact of BEPS in low-income countries. “This report demonstrates that we are serious about pursuing the dialogue with developing countries on BEPS and giving them a seat at the table”, says Pascal Saint-Amans, Director of the Centre for Tax Policy and Administration of the OECDs work in this domain. “We will continue to work towards finding a coherent global solution, ensuring that the revised international tax rules reflect the needs of both developed and developing countries.”

Still, campaigners insist that too little has been done to protect poorer economies against the crippling – and still largely uncertain – costs of tax avoidance, an opinion that is held by Murray Worthy, Tax Justice Campaign Manager for ActionAid UK. “For example, in 2012 the UK government actually relaxed rules intended to deter profit shifting through tax havens by UK companies in other countries [the Controlled Foreign Company regime], which made it easier for companies to avoid tax in developing countries”, he says.

“At the international level the G20 and OECD led BEPS process to tackle profit shifting and the erosion of states’ corporate tax bases has so far excluded representation from developing countries on an equal basis and has not covered some of the issues most important to developing countries, such as the allocation of taxing rights.”

Christian Freymeyer, New Media and Press Coordinator for the Financial Transparency Coalition has similar concerns: “LuxLeaks blatantly showed us how secret arrangements can help proliferate tax evasion and avoidance. And for a problem that affects developing countries at similar or greater levels than other nations, the OECD didn’t do nearly enough to include developing countries on equal footing in the creating the BEPS standards.”

Hidden agenda
Leaders at the G20 summit resolved to finalise work on the modernisation of international tax laws and introduce a common reporting standard in either 2017 or 2018. However, the main issue is that if a universal tax regime were introduced, the compliance costs would likely fall outside the remit of most low-income countries, and so, the rewards make their way only to mature economies. “We’re concerned that, rather than bringing in a new and fairer system that would serve the public interest of citizens globally, mature economies are defining a set of rules that serve their own interests”, says Holder.

Recognising the issue and actually remedying it are very different challenges, and though forming partnerships with low-income countries is a perfectly adequate means of redressing the imbalance, and by not allowing affected nations a voice in the process is misguided. “To tackle the global impacts of tax avoidance, particularly as they affect developing countries, a truly global discussion is needed where all countries – not just the largest and wealthiest economies – can have an equal say”, says Worthy. “The G20, by its very nature, cannot be the place in which these issues are ultimately resolved; responsibility for addressing global tax rules and tax avoidance should be passed from the G20 to a truly representative global body.”

Rather than deciding on a solution and thrusting it upon affected countries, a more fitting solution would be to allow all corners of the global economy a say in arriving at a new tax regime and measures to address tax avoidance.