Top 10 of the greatest leaders from ancient history

Leadership lessons need not come from the modern day; they can also be found in ancient history. Emily Poncia looks at some of the most impressive leaders throughout time 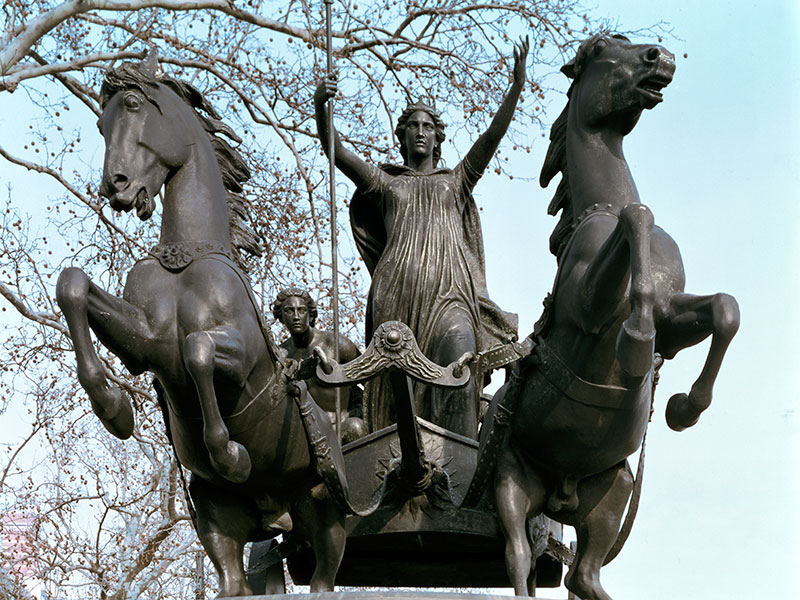 Boudicca is remembered for defeating the Roman Ninth Legion who tried to take over her husband's tribe, the Celtic Iceni, upon his death
Strategy
Author: Emily Poncia

Throughout history, there have been hundreds of well known and effective leaders. However, perhaps the most able ones can be found not from examining modern history, but by looking back into the throws of ancient times.

Alexander the Great
Alexander’s prowess in strategic warfare led to him being remembered as one of the finest military leaders of all time. He founded over 70 cities during his 13-year reign over Persia, Asia Minor and Macedonia. Inspiring bravery and loyalty in his troops, he adopted many foreign customs and traditions in order to rule his millions of subjects. Alexander was aged only 32 when he died of a fever in Babylon in June 323 BC.

Genghis Khan
Genghis Khan is most famed for his wildly destructive tendencies against his enemies, but he was also a great military leader. Khan was the founder of the Mongol Empire, the largest land-based empire the world has ever seen. Given the size of his army, the levels of discipline and training he instilled were incredible. His ability to discipline, as well as the wroth that could be incurred if he was betrayed, led to him being an extremely effective leader.

Raised by his father, [Hannibal] was made to hate Rome from a young age and was constantly engaged in battle against it during his adult life

Boudicca
Boudicca, Boadicea or Boudica was the wife of the leader of the Celtic Iceni tribe, Prasutagus. She famously won a battle against the Roman Ninth Legion after they tried to take over the tribe upon her husband’s death. She then went on to sack several cities in Roman Britain, before being defeated by the Roman army led by Paulinus in AD 60.

Mark Antony
Known as a Roman politician and the lover of the Egyptian queen, Cleopatra, Mark Antony was a great leader because of his ability to craft rousing speeches. He could rally the citizens of Rome and beyond with his oratory skills, and used both logic and emotion in order to influence the people. He most famously turned the tide of popularity against the men who had assassinated Julius Caesar, whose administrative team he was on and to whom he was related.

Cleopatra
Cleopatra VII was the ruler of Egypt from 51BC – 30BC and is famed for her independence. In a world where men ruled, she exerted impressive influence and control over Egypt. She was the only member of her dynasty – one that ruled Egypt for considerable time – to learn the difficult language of Egyptian and was, thus, able to interact with her subjects on a much deeper level than any of her ancestors had been able to.

Alaric the Visigoth
Alaric was king of the Visigoths (the western branches of the nomadic Germanic tribes) from 394-410 AD. He marched on Rome and sacked the city for three days, the first time in almost 800 years that Rome had fallen to a foreign power. As St Jerome, who was living in Bethlehem at the time, put it “The city which had taken the whole world was itself taken.”

Cyrus the Great
Perhaps less celebrated than the others, Cyrus the Great was the founder of the Achaemenid Empire, centred on Persia. The Persians he ruled as a wise and capable leader applauded him, and this legacy continued on in his death as Xenophon (Greek philosopher and student of Socrates) chose Cyrus to name as a model leader in his Cyropaedia. It is said that he was a father figure to his subjects, and his appearance in the Bible as the liberator of the Jews that were held captive in Babylonia, shows his reputation as a generous and ideal monarch.

Augustus
Augustus (originally known as Gaius Octavius) is accredited with founding the Roman Empire and was the first Emperor. He was known as a great military strategist, after defeating his rivals Mark Antony and Marcus Lepidus to take complete control over Rome and its Empire. He was also a shrewd politician and helped to transform Rome into the great city it became through the next centuries. As the biographer Suetonius reported him saying, “I found a Rome of bricks; I leave to you one of marble.”

Hannibal
Hannibal Barca was a military leader who won many victories over the Romans. Raised by his father, he was made to hate Rome from a young age and was constantly engaged in battle against it during his adult life. Said to have slept with his men out in the open and to have gone hungry with them when supplies were low, his troops placed their utmost trust in him. As a result, they followed his orders unconditionally until his assassination in 221 BC.

Tutankhamen
Although Tutankhamen was only around eighteen or nineteen at the time of his death, his status as a great leader was gained through the achievements he made over his nine-year reign. King Tut’s main success was reinstalling the traditional Egyptian polytheistic religion upon his ascension, after his father had promoted the worship of only the Sun God Aten, and banned worship of any other gods. This new religion was very unpopular within Egypt, and Tutankhamen’s decision to reverse it made him a widely acclaimed leader.