We need a fresh look at risk management

In the wake of the global financial crisis, banks are making dramatic changes to their risk management strategies. With tighter regulations now in place, the role of liquidity risk has emerged as a core element of risk assessment 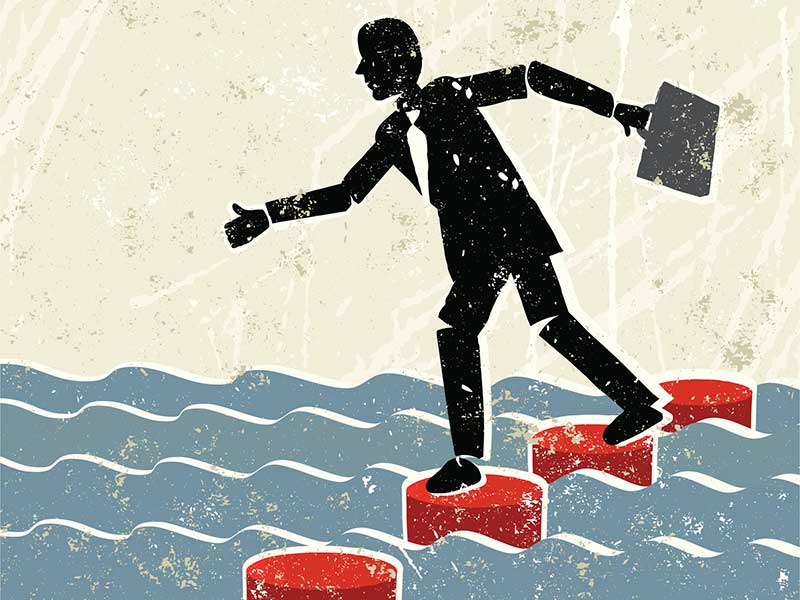 From Merrill Lynch to Lehman Brothers, the collapse of a financial institution is inevitably followed by widespread scrutiny of its risk management strategy. Experts often retrospectively reveal that, in the majority of cases, the collapsed organisation simply did not have adequate liquidity to cover its expenses.

Prior to the 2008 financial crisis, a lack of liquidity risk regulation fuelled a culture of risk-taking on Wall Street. And yet, in the years that followed, liquidity risk has become subject to strict rules and intense scrutiny.

From being an unremarkable factor that no one talked about, the banking crisis turned liquidity risk into one of the most heavily regulated areas in the financial world. The reason for this abrupt change is clear: the 2008 crisis ultimately revealed that a lack of liquidity underlies every risk in the financial marketplace. For example, when a customer fails to pay interest on a loan, it results in a liquidity risk. Similarly, when there is fraud within an organisation, this too impacts liquidity. Even when markets themselves change and fluctuate, it affects the liquidity profile of an organisation. In this way, all financial risk is closely related to liquidity.

Given how liquidity affects all other types of risk, we can call liquidity a second order risk. In order for any organisation to manage such a risk, it needs to adequately regulate, order and control its primary risks. Therefore, if a company looks to control its credit risk, it is, in effect, also controlling its liquidity risk.

The speed of illiquidity
Liquidity impacts organisations faster than any other kind of risk, and the transformation from being liquid to illiquid is as debilitating as it is rapid. Many organisations are unable to cope with the speed with which their liquidity deserts them, and as a consequence, they eventually fail.

It rarely takes more than 90 days for an organisation to move from liquid to illiquid. In 2007, this was the time it took for Northern Rock to move from being the poster child for creativity to the first UK institution in more than 150 years to suffer the ignominy of a bank run.

In the years that have followed the 2008 financial crisis, liquidity risk has become subject to strict rules and intense scrutiny

Given the speed with which liquidity can impact an organisation, the suggestion that liquidity models should be constructed over the long term seems almost absurd. If liquidity is to be managed effectively, then companies must think of the short term.

Historically, liquidity has been regarded as a compliance risk, and has thus been considered subjective to a great extent. Highly liquid assets are sought, but what matters most of all is actually the market’s perception of what constitutes highly liquid assets and what does not.

Just because a regulator considers sovereign holdings to be liquid assets, this does not mean, for example, that Greek Government debt is more liquid than any other risky asset holding. This was made all too clear during the spectacular financial meltdowns in both Iceland and Greece, and it is unfortunate both practitioners and regulators seem to have learned little from these mishaps.

The importance of cash flows
In order to successfully manage liquidity, it is crucial to have a sound understanding of cash flows. It should be known that cash flows are subject to all of the primary risks a financial institution has undertaken. For instance, if an American company takes on bonds from the Korea Development Bank, then it is also taking on a number of additional risks. In addition to the customary counterparty risk and sovereign risk, the American organisation would also be taking on a foreign exchange risk if the bonds were in Korean won.

There would also be a potential interest rate risk, as well as a Korean equity risk, whereby the Korean markets may negatively impact the price of the development bank bonds. The American company would also have to consider the transfer risk involved, where the counterparty would be excluded from foreign exchange remittances on account of sovereign controls. Finally, there would also be a number of operational risks that would have an impact on price and yield for the American company. As markets fluctuate and the creditworthiness of Korea Development Bank changes, cash flows would also change to reflect market perception of the bank.

Each of these scenarios would have a significant impact on expected cash flows. Along with the aforementioned potential risks, cash flows are also affected by both macro factors and market factors. If a financial institution can adapt to such changes, then they will receive a revised cash flow, but if these changes are too much to handle, the organisation will likely default on its payments.

Risk interrelationship
As I have mentioned, all financial risks are closely interlinked. Let’s consider another example that illustrates this relationship: an IBM employee in the US takes a mortgage for $800,000 on a home in Washington DC for 30 years, fixed at 4.5 percent. Each year, the IBM employee will pay a portion of the initial mortgage, plus interest to the bank. If interest rates were to go up by 50 basis points, then interest payments per annum would increase by $30,000.

However, the IBM employee’s salary increase policy simply would not cover interest rate increases, meaning the expense profile of this person would increase in line with the rising interest rates (see Fig 1). This would in turn affect the creditworthiness of this customer, as they will be forced to either cover this new $30,000 tax burden by other means, or else fail to make their repayments.

This example again demonstrates how all risks are interconnected and interrelated. Taking this into consideration, an astute risk manager always applies a holistic approach to managing both cash flows and liquidity. By managing primary risks more effectively, risk managers can in turn handle liquidity risk. Indeed, any attempt to understand liquidity risk in isolation is entirely misguided, and an effort must be made to understand the close correlation between all financial risks. Analytical approach
At Kamakura, we take an in-depth, analytical approach to risk management. In order to better understand risk in all its forms, we run a stochastic process that provides our experienced analysts with numerous different potential scenarios. Such scenarios include changes in market conditions, macro factors and counterparty creditworthiness.

After running this stochastic process and analysing the different scenarios that may arise, we can effectively assess how a customer’s cash flows change based on all the potential risk factors that could impact them. This allows our analysts to arrive at an ‘at risk’ number for the customer. This unique approach gives our customers valuable insight into the various scenarios that could impact their liquidity cash flows.

It is also more structured than standard risk management assessments, as it takes customer behaviour patterns into careful consideration, including how prepayments and early withdrawals can affect cash flows.

Our approach also takes into account an organisation’s risk appetite and risk tolerance, and models liquidity as a second order risk, correctly identifying the key risks associated with each asset class. We look to manage liquidity through the careful management of other, related risks, and strive to correctly identify the relationships between risk categories. Our strategy is rooted in a well-accepted approach already popularised through value at risk, and provides a good alternative to the standard gap analysis that is traditionally employed to understand cash flows. The approach crucially seeks to integrate with the ‘value at risk’ techniques that are currently in place within most organisations.

Approaches to understanding liquidity risk have always been varied, with some methods proving more successful than others. To achieve the best results for clients, risk managers must establish clear decision parameters, setting limits on each point of their modelling horizon and ultimately arriving at ‘best effort’ liquidity estimates.

It is clear any attempt to model liquidity on a standalone basis is flawed, as there are simply too many associated risks that need to be taken into consideration. Instead, risk managers should look to understand liquidity by means of analysing the primary risk drivers and related risks that closely affect liquidity.