Foreign property investment: what does it mean for economies?

Concern that foreign investors are pricing local buyers out of the real estate markets in major cities is provoking debate. But that shouldn’t detract from the real problems 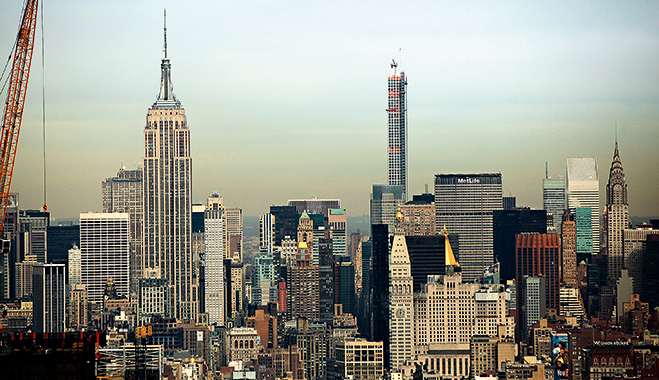 The number of overseas property investors in cities such as New York (see side bar), London and Sydney has skyrocketed over recent years, as buyers from the likes of Russia, the Middle East and China flock to Western economies to capitalise on political security and stable growth.

Global foreign property investment from China alone has hiked a staggering $14.4bn in the space of five years (from just $600m in 2009), rising 60 percent in 2014, according to real estate consultancy Knight Frank. In London, 69 percent of investors purchasing prime location new-builds were from overseas in the two years to June 2013, with nearly half living abroad.

Misguided backlash
These figures, compounded with the ongoing headache of soaring house prices (see Fig. 1), are leading a number of industry insiders to conclude that foreign investors are out-pricing locals. Michael Sacks, Director at UK-based Sequre Property Investment, for example, claims that cash-heavy overseas investors are “corrupting the [UK] market” by purchasing real estate to sell at higher prices, leaving wannabe first-time homeowners out in the rain.

The backlash isn’t unique to Britain. In Australia, “there are perceptions in the community that young [people] are being priced out of the market by speculative investors from offshore”, according to Tim Harcourt, Fellow of Economics at UNSW Australia Business School, while Singapore and Hong Kong have both introduced taxes for foreign property investors on the back of similar concerns.

Others argue overseas investors that are not living in the designated properties aren’t contributing to local economies; an anxiety especially prevalent in New York, where non-primary residences now account for a reported 89,000 co-ops and condos.

But all of these arguments ignore the flipside; that overseas real estate investors are an essential driving force for new-builds and wider economies. The misguided backlash hasn’t been helped by a recent report by The New York Times, which revealed that almost 50 percent of the highest-price American residential real estate was bought through shell companies – limited liability corporations through which foreign investors didn’t have to reveal their identities.

Among the list was an unfortunate string of corrupt individuals. Russian oligarch Vitaly Malkin, who’d been embroiled in a number of shady dealings before purchasing an apartment at the centre for over $15m in 2010, and Greek official Dimitrios Contominas, who recently sold his condo for over $21m – after being arrested for illegal company fund use in 2014. The issue has led the Fiscal Policy Institute (FPI) to suggest a graduated four percent tax on high-end property investments on the apparent grounds that “these owners bid up the price of NYC residential real estate, and since they don’t spend much time in these units, contribute little to the local economy”.

In Australia, the government has already proposed application fees for foreign investors, as part of a crackdown on the back of similar concerns around Melbourne and Sydney. The proposals would see AUD 1m purchases incurring fees of AUD 5,000, rising to AUD 10,000 for every extra AUD 1m and AUD 100,000 for anything over AUD 1bn.

Apples to oranges
But those arguing that foreign property investors are out-pricing local buyers seem to be overlooking the reality that the majority of foreign investors purchase properties in a completely different market to those of most ordinary buyers – namely ultra-high-end new-builds.

A report by think tank Civitas found the situation to be similar in the UK, while Knight Frank data showed that domestic residents still accounted for 79 percent of new home purchases across London – rising to over 93 percent in outer London. That implies once again that foreign investors are mainly limited to the most expensive, largely non-domestic properties – meaning their impact on the wider real estate market in cities across the world is limited.

“The ability of foreign investors to influence the market, at least in an Australia wide context, is negligible”, says Lynch. Introducing taxes, or cracking down on transparency as the US is predicted to do following the shell company revelations, appears to evade the real issues.

If the Australian Government wants to tackle extortionate property prices, it should look at other factors rather than solely focusing on foreigners. Among those is capital gains tax exemption on principal homes, and negative gearing – whereby investors get tax deductions if there’s negative cash flow on their properties – which Prime Minister Tony Abbott tactfully declined to review.

Harcourt agrees that a wider approach needs to be taken if the housing issue is to be somehow overcome: “Most young home buyers are being outbid not by foreigners but by baby boomers living off the benefits of negative gearing and superannuation tax concessions”, he says. “If anyone won Willy Wonka’s golden ticket off the Australian budget, it is Australia’s baby boomer generation.”

Harcourt adds that many of those out-bidding others for properties are actually domestic, rather than foreign, investors. “Anecdotes abound of Chinese bidders but many are Australians of Chinese origin”, he says, implying that the perceptions of out-pricing by overseas investors are based on hearsay and conjecture rather than solid fact.

An essential stimulus
If the Australian tax, or the one proposed by the FPI, have any effect at all, then it’s likely to be negative. That’s something Andrew Taylor, Co-Chief Executive Officer of Juwai.com, recognises: “We do believe that imposing unwise fines on overseas buyers will reduce foreign investment – investment which is demonstrably good for Australia.”

Overseas investment in key cities across the globe remains an essential stimulus for new-builds, propping up a real estate market that suffered several blows over the past decade under the financial crisis. The REIA agrees: “Without it, many building projects would simply not be viable”, says Lynch.

That’s certainly true in London; The Shard, brought to fruition thanks to backing from Qatar, has become an icon that’s brought with it global publicity, development in the surrounding region and extensive business and finance opportunities. It’s quite clear that such investments – “an exclamation mark that London and Britain are open for business”, in Boris Johnson’s words – are vital for the country’s economy.

The same is true of the US and the investors supporting the likes of the Time Warner condos; they’re propelling the economy by pumping in much-needed investment. Those economic benefits can clearly go a significant way in compensating for the lack of tax contributions that non-primary proprietors, as the FPI argues, aren’t subject to if living overseas.

And where foreign investors do venture into the more affordable property market, it can further bolster economies and their citizens. “It adds to the supply of housing and increases the supply of rental properties”, says Lynch. “Without this investment, Australia could potentially see higher average rents.” Once again, any attempts at deterring overseas investment are likely to do more harm than good – as the Property Council of Australia, a body for real estate investors and developers, argues: “The proposed new fees are excessive and will act as a deterrent to foreign investment”, it said in a statement. “This in turn will jeopardise housing supply, thereby exacerbating existing housing shortages”, pushing the prices up even further.

One-track focus
But some continue to argue that even though the majority of foreign investments are properties in a distinctively different price range to those of ordinary buyers, effects can trickle out to the wider economy. In the Civitas report, David G Green and Daniel Bentley state that “foreign buyers are chiefly interested in costly central London properties, on which they spend billions of pounds a year, but the impact ripples out to the suburb and beyond”.

That draws attention to the real issue; expensive new-builds with high-end investors in mind are being almost exclusively focused on, with ordinary, reasonably priced real estate severely neglected. It’s that predominantly external focus that’s provoking controversy. That was seen in London in January, when UK development company Berkeley Group faced aggressive opposition for its video promoting a new block of London apartments – in which the cheapest flats will cost £1.1m ($1.61m) – targeted at foreign investors, according to The Guardian.

But the problem is less down to the investors themselves than it is the developers; in London, just 18-20,000 new houses are being built despite an annual population growth of around 100,000, according to Professor Tony Travers, local government expert at the London School of Economics, in a BBC report. A new development at Battersea Power station serves as a suitable emblem for the wider city, with affordable homes accounting for just 15 percent of its total.

It’s a similar lack of housing supply in Sydney and Melbourne that’s driving the soaring prices in Australia, according to the REIA. That’s resulting from limited available land in urban areas, red tape and lengthy, expensive planning processes – rather than foreign buyers.

In any case, according to Don Peebles, Chairman and CEO of real estate investment firm Peebles Corporation, it’s only a matter of time before the ultra-high-end property surge – at least in New York – crashes. That means developers might soon be forced to shift more of their attention to lower-end housing. “In the last year to 18 months we’ve seen six years of real estate appreciation all at once, because the market plummeted in 2008 and didn’t really get into a recovery until 2013”, he said in an interview with Bloomberg.

“This is not sustainable and there is not a very broad universe of people buying $100m.” Peebles says to account for that change, a sensible focus for developers would be on “workforce and luxury housing”, including rental space, for domestic, local buyers.

While some would argue that would be a good thing, a total shift would likely have far-reaching negative implications. Foreign property investment within both high and lower-end spheres is vital for real estate markets and wider economies, and while it shouldn’t detract from the development of ordinary, affordable homes, it’s an essential stimulus for the very cities witnessing the backlash.

By laying the onus on overseas buyers, the Australian Government and those attacking the US shell company saga risk detracting from more relevant causes for rising house prices, while simultaneously discouraging the very individuals helping to limit that rise. A wider vision is needed if governments are to tackle the pressing crises rupturing Western property markets in a sensible, realistic way that benefits everyone.