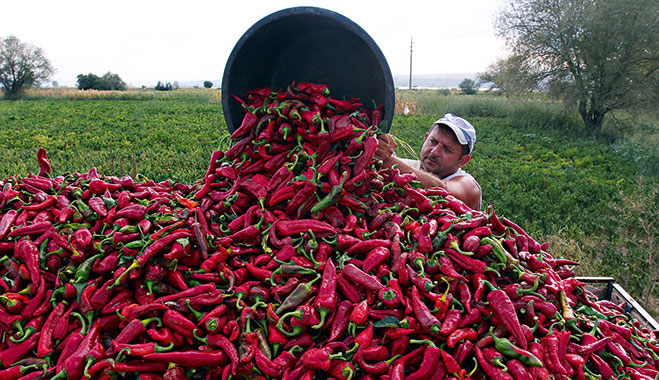 A farmer collects bell peppers from a field in the village of Donja Lokosnica, near the city of Leskovac, southern Serbia. Agriculture in Serbia accounts for 12 percent of GDP
Insurance | Wealth Management
Author: Andrea Simoncelli, President and CEO, Delta Generali Insurance

After experiencing an extended period of stagnation, various Serbian sectors are beginning to show promise for the immediate future, with one of the best prospects being insurance. As the country’s second-largest provider and a specialist in various life and non-life sectors, we at Delta Generali Insurance are well acquainted with the country’s many challenges and opportunities in this space.

Given Generali’s presence in over 60 Serbian cities and our 1.7 million customers, the company accounts for a sizeable share of the country’s overall insurance market, and is set to spearhead a stint of expansion in this sector.

The pathway to the EU
Serbia has only recently acclimatised to the economic complications that came with internal conflict, and is setting out to repair its fragile economy by echoing the advances of its closest neighbours and securing EU membership. However, for the country to qualify it must first demonstrate the various ways in which its economy shows promise.

With a seven-million strong population and a land mass that spans 88,000 square kilometres, Serbia is still a scarcely populated country where agriculture accounts for as much as 12 percent of national GDP, which, as of 2012, stands at €30bn. This preliminary data represents the sheer scale of the challenges to come, and serves to illustrate the importance of a stable and sustainable economy if the country is to match ambitious EU targets.

This past year, just shy of one percent of Serbian GDP has suffered from the economic difficulty, with one of the main sectors affected being the country’s insurance market. Life and non-life combined equate to as little as €600m, and the sector has shown very few signs of growth in the last three years, which at first glance appears to have stagnated alongside the economy due to a lack of insurance culture, an absence of government tax incentives, and low family income.

Having said that, there exist a fair few bright spots in the industry. To name a few, motor third part liability (MTPL) is the main driver of the non-life market and represents 40 percent of total premiums, and life insurance has exhibited a slow but steady eight percent CAGR in the last three years.

Ready for Solvency II
Foreign companies, particularly those of an Italian or Austrian origin, are dominating the Serbian insurance space at present. A recent government decision to dispose of Dunav Osiguranje, a local state-owned insurance provider, is representative of the ruling authorities’ willingness to exit the insurance business. However, with a commitment to capital investment and IT investment accompanied by 15 years of experience in the market, Generali’s position is an incredibly strong one.

Capital and technology are key factors for the future success of the Serbian insurance market, and only large insurance groups with economy of scale, such as Generali, are positioned to comply with soon-to-come Solvency II requirements and negotiate new market conditions.

Provided that this scenario remains unchanged and the few pockets of growth continue to behave in this same way, Serbia’s insurance sector shows promise due to the low frequency of claims, and a high standard of driver behaviour compared to that of neighbouring European markets.

Regardless of these issues, the future for the Republic of Serbia looks relatively bright, and the country is still the go-to destination for those looking to invest in the Balkans. More than €1bn per year have been poured into the country in the last five years, due in large part to government incentives, good logistics and an exceptionally well-trained labour force.

This newfound attractiveness in Serbia’s burgeoning business climate is turning an agricultural-driven country into a manufacturing base. Given time, Serbia will be primed to export industrial products to Europe, particularly to Russia.

This expected inflow of hard currency, combined with developments in sectors including insurance, will see Serbia’s GDP expand in the future, and its prospects for EU membership rise quite substantially.