A beacon for the region, South Africa’s retirement sector has even greater heights to reach as various social and industry challenges are overcome 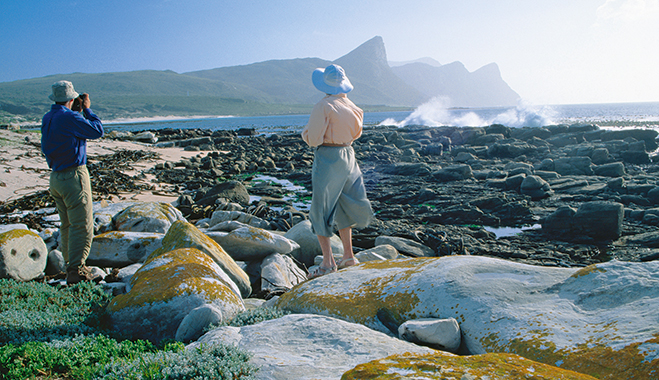 Despite its growth in recent years, South Africa’s retirement sector faces various challenges – both old and new. By understanding the changing culture of employment and financial discipline, industry leaders, such as Johannesburg-based Sentinel Retirement Fund, are responding to the growing need to educate citizens on the importance of saving, which is more vital than ever before. World Finance had the opportunity to speak with the CEO of Sentinel Retirement Fund, Eric Visser, to discuss the evolving retirement industry in South Africa and how private firms and the government are working together to overcome shortfalls in the sector.

The retirement industry in South Africa has thrived in recent years and is now worth an estimated ZAR 2.74trn ($231.92bn). Yet, there is still a great deal of the market that remains untapped as many citizens do not have access to retirement funds. According to the September 2014 quarterly employment statistics published by Statistics South Africa, of the 35.6 million citizens of working age, 4.9 million are unemployed and 15.4 million are either unavailable to work or not seeking employment. For those without a formal pension plan in place, the government’s social security system provides a State Old Age Grant from the age of 60 onwards; but at ZAR 1,350 ($115) per month, it scarcely covers basic living costs for the three million South Africans that rely solely on this income.

There are several processes that can rectify existing shortfalls, such as educating the population on financial discipline and the importance of saving from a young age

Job-hopping generation
“Towards the end of the 20th century, the majority of pension and provident funds in the private sector converted from Defined Benefit (DB), wherein compulsory annuitisation at retirement applies, to Defined Contribution (DC) arrangements, whereby employers in the private sector contribute to the pension funds of their employees”, says Visser. “Although many valid reasons supported this move, employment in the country has gradually changed from stable and lengthy careers at the same employer to ‘job hopping’. DB structures were seen as old fashioned and punitive to the new generation employees as they did not sufficiently promote portability of accumulated savings.”

Moreover, members of retirement funds are increasingly engaged in irresponsible financial behaviour, such as making premature withdrawals from their retirement savings and largely ignoring the preservation of capital. “Even at retirement, cash withdrawals are made and either squandered or inappropriately invested, rather than being annuitised to provide a life-long sustainable post retirement income”, says Visser. South Africa’s National Treasury (NT) initiated a retirement reform programme in 2012 in order to address such shortfalls in the current system. The process started well, with a number of proposals being legislated in 2014, but has since hit a roadblock as actual implementation has been postponed for at least one to two years.

Challenges and solutions
South Africa’s retirement industry soars ahead of its neighbours, which face even greater obstacles, such as underdeveloped financial markets, poor literacy levels, ineffective administration and low per capita income. Cumulatively, these factors have resulted in a large majority of citizens being forced to find alternative ways of saving for retirement. Furthermore, the growing trend of young Africans migrating in search of better living conditions has weakened traditional family social security structures, thereby impacting the socioeconomic conditions of the elderly – particularly those living in the rural areas.

That being said, most African countries have some form of official social security arrangement through which employed citizens are encouraged to save pro-actively and the elderly are supported. These systems have been largely inherited from colonial times or adapted from foreign designs, and as such do not meet the population’s requirements. Even in South Africa, where the retirement industry is relatively well-structured and operates effectively, citizens who have the opportunity to save often do not do so sufficiently for their retirement. “With this mindset, citizens impoverish themselves and place themselves in a position where they erode security in old age, undermine the alleviation of chronic poverty, and increase reliability on others”, says Visser.

A high level of unemployment is an ongoing issue for South Africa’s retirement industry (see Fig. 1), while the rising occurrence of shorter working careers presents a new challenge for the sector. Additionally, people nowadays have a greater inclination to access their pension funds when in-between jobs, which is part of a wider issue of the increasing ineptitude for personal financial discipline. Furthermore, as Visser explains, “Increased longevity places a strain on the sustainability of post-retirement income provision. The retirement savings horizon of South Africans are shortened, rather than extended, and remains around age 60.”

In order to combat such issues, the NT has proposed schemes aimed at improving the country’s culture of low savings, starting with the compulsory preservation of retirement savings – particularly in the early years of a pension plan. Better incentives for saving and compulsory annuitisation during retirement have also been earmarked as key areas. Moreover, the NT is trying to improve post-retirement income products and the fees charged in the industry. “The Social Security System is also part of this reform initiative, and to this end a compulsory contributory system is envisaged that will produce core benefits to all citizens”, says Visser.

At present, most retirees in South Africa are without the means to maintain their current lifestyle, which is largely attributed to intervals during the savings period or early withdrawals as a result of unemployment. The reluctance to annuitise at retirement and tendency to squander cash withdrawals or make bad investments are largely to blame for this growing dilemma. “Inappropriate retirement products are sold to retirees who do not have the means, knowledge or wisdom to manage these properly. In general, these products are also relatively expensive”, says Visser. While the only alternative, the state’s social security system, does not provide a sufficient safety net for individuals when they reach retirement age.

There are several processes that can rectify existing shortfalls, such as educating the population on financial discipline and the importance of saving from a young age. This can be achieved through traditional education settings or via online platforms. Additionally, advising those enrolled in retirement plans on important life changes and decision-making can be valuable in ensuring more effective saving in the long term. Aside from the changes that can be made on an individual level, amendments to South Africa’s legislative framework are also required, such as implementing some level of compulsory preservation and annuitisation. While on the part of retirement firms, providing appropriate and cost-effective products can cater for the changing needs of a wider spectrum of customers. An example of better educating individuals and offering client advice is now being implemented through Sentinel’s communication strategy, which includes personal interaction and one-to-one consultations with qualified financial advisors. The programme also gives members access to their personal information through a secured web interphase, thereby making the fund easier to use, while also acting as a platform for formal updates. By providing flexible and dynamic fund products, Sentinel allows its members to choose the most suited system to meet their individual needs, while also providing default systems that are preferable for those who prefer not to manage their own affairs. “This concept is further supported by Sentinel’s fund through a seamless and costless transition of a retiree from contributing member to pensioner”, says Visser.

In order to allow individuals to save sufficiently for their golden years, Sentinel aims at an investment strategy that can generate a post-retirement income replacement of at least 75 percent of one’s final salary. While for pensioners, the strategy is geared to maintain the purchasing power of pensions on a level of at least 80 percent of the Consumer Price Index (CPI). “Actual experience shows that a level in excess of 100 percent of CPI has been maintained and, in addition, annual bonuses of around 10 percent of annual pension have been awarded over the last 10 years to pensioners,” says Visser.

Social responsibility
Due to the nature of the industry, pension schemes are heavily regulated by government authorities, namely the Registrar of Pension Funds and South African Revenue Service. As such it is essential for firms to create a foundation of trust with authorities and the general population. Furthermore, as retirement funds help to stimulate the economy through investment and by establishing a means for citizens to become financially self-sufficient when they reach retirement, it is crucial for the industry to be sustainable in order to ensure its continuing viability.

As a means of supporting societal development, Sentinel has a social responsible investment policy that allocates capital to relevant investment opportunities. For example, its participation in an emerging black investment manager incubation programme is designed to give black investment managers the support and experience needed in order to gain exposure in the mainstream asset management industry. Furthermore, Visser explains, “Sentinel subscribes to the Code of Responsible Investment in South Africa and has incorporated economic, social and governance factors into its investment process.”

In 2013, Sentinel broadened its focus on corporate employers from the mining sector to include participation by all industries. Further plans for expanding its reach are on the horizon. “Sentinel is currently in the process of creating a provident fund that it envisages to run alongside the pension fund, with the view of attracting new participating employers. This extended platform will open the fund for participation to a far broader membership base, allowing more individuals the opportunity to maximise their retirement savings”, says Visser. Given the potential for South Africa’s retirement sector when various shortfalls are overcome through schemes that are employed by industry leaders and the government, further growth can be expected in the coming years.